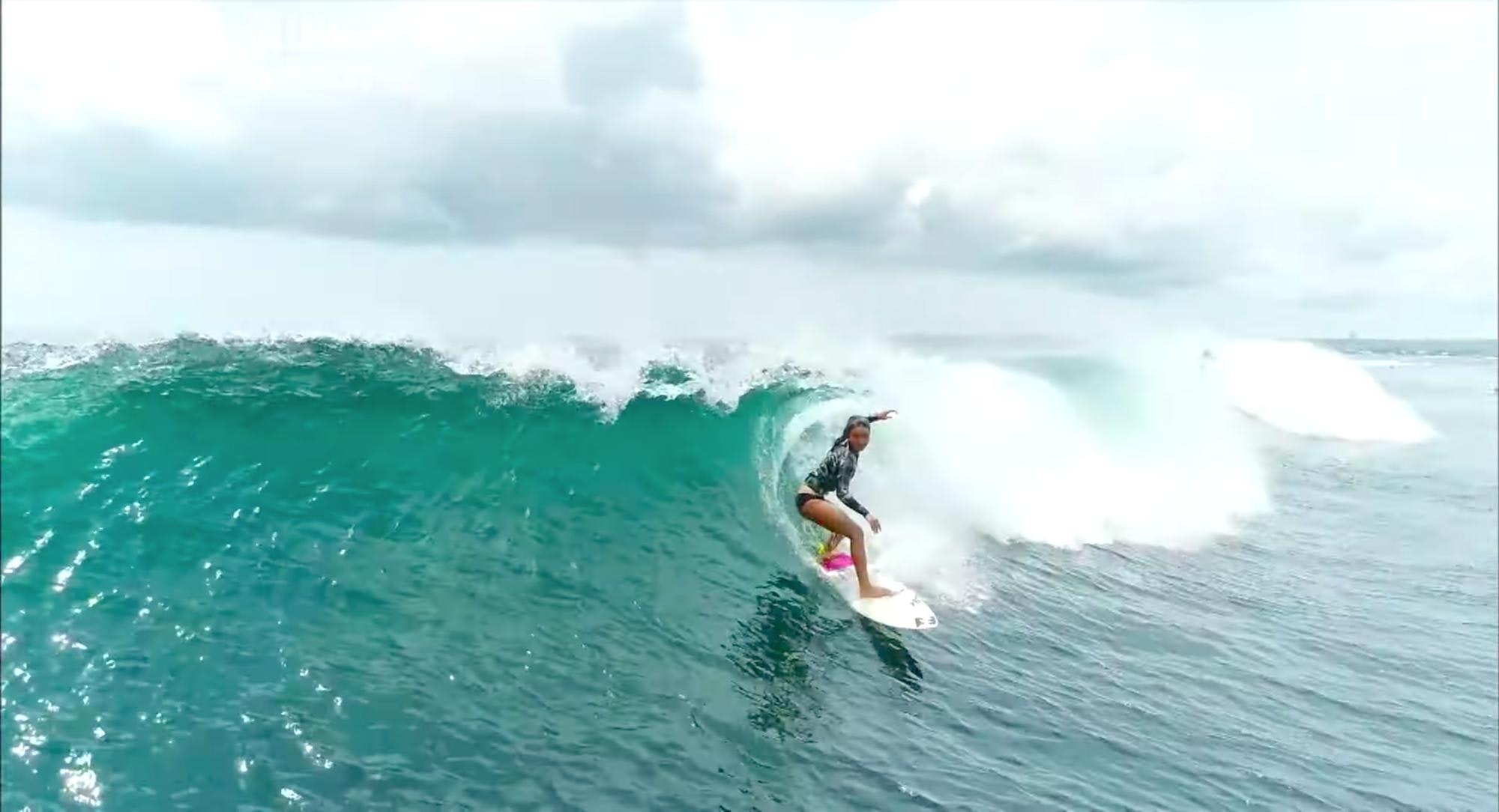 As seen from 0:42 in the video, Shino Matsuda has been chosen as a SHIBUYA109 Season Visual Model. She is an ordinary high school student who loves Instagram and Twitter.

However, once she hits the waves, she transforms into an awesome surfer that magically manipulates her surfboard. This article will introduce Shino Matsuda and some of her accomplishments.

Who Is Shino Matsuda? What's Her Story?

Professional surfer Shino Matsuda is from the center of surfing, Chigasaki City, Kanagawa Prefecture. She is 158 cm tall. She was 6 years old when she started surfing and at the time she fully immersed herself in it, surfing from sunrise to sunset. Shino Matsuda’s family talks about it from 5:14 in the video.

She turned professional at 14 and the way she rides waves is said to be like how a bird elegantly glides through the air. With her distinct flexible carving, she's nothing short of successful on the world stage. You can check out her carving from 6:20 in the video.

Her sponsor is Unilever which is globally famous for its shampoo commercial. As a professional surfer she is in the spotlight nationally and internationally. Her beautiful body attracts even more interests.

What Is Shino Matsuda’s Competition Record?

Professional surfer Shino Matsuda has been successful at many international competitions and events along with Mahina Maeda who is shown from 4:18 in the video.
She's one of the famous young surfers leading the world of professional surfing.

Right after starting high school, she won the Ichinomiya Chiba Open.
She became the WSL Asia Junior Champion in 2017, and in 2018, she won ISA World Junior Individual Silver medal and Group Gold medal.

As seen from 7:31, she has been greatly successful at White Buffalo Hyuga Pro and CT (Championship Tour) events held at Avoca Beach in Australia, one of the most famous surfing spots in the world.

You can watch the world competition with the top 110 surfers competing against each other from 16:39 in the video. She finished at a disappointing 17th, however, you can still enjoy her spectacular performance.

Surfing in the Tokyo Olympic Games!

At the Tokyo Olympic games, you might be able to see her awesome technique, ‘off the lip’, where she turns the board 180 degrees at the top of the wave. This is shown from 6:46 in the video.

Summary of the Video on Professional Surfer Shino Matsuda

The video fully shows her happily riding the waves.
You should be able to see many successful professional surfers at the Tokyo Olympic games.
We hope you're looking forward to it!