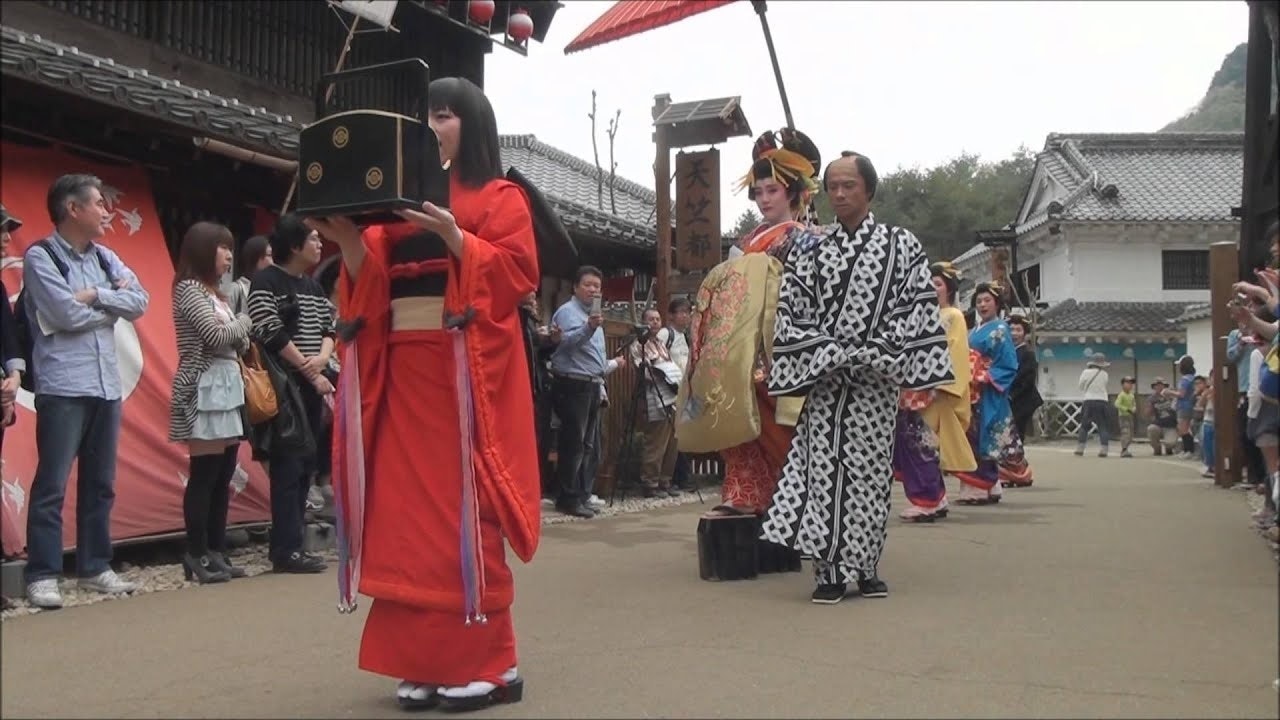 Travelling Back to the Edo Period! The Beautiful Kimono Donning "Oiran" of Nikko Edomura in Tochigi Prefecture!

Travel Back to the Jomon Period and Experience the History of Restored Buildings and Excavated Treasures From the Large Settlements of Aomori's Sannai Maruyama!

The history of humans on the Japanese archipelago dates back to about 100,000 years ago.
At that time, known as the Paleolithic Age, Hokkaido and Kyushu were connected as a single continent.

In the Neolithic Age, 40,000 to 30,000 years ago, the period in which the world's oldest stone tools were discovered, the last glacial period ended and the sea level began to rise due to rapid global warming. The Japanese islands were separated from the Asian continent and formed into the island nation we know today.

In the history of Japan, major events from ancient times have been handed down through historical documents and other sources.
The Warring States period, the Edo shogunate, the opening of Japan, the Meiji Restoration, Taisho Democracy, the world wars, and more.

Even today, you can get a feel for what Japan was like in those days by visiting castles, temples, shrines, Buddhist temples, tombs, and other historical buildings at popular sightseeing spots around the country.
Japan's traditional culture and crafts, which have been handed down over a long period of time, are also popular overseas as part of its historical culture.
Japanese history can be learned through taiga dramas, historical plays, and movies, with the most popular programs having a large number of fans overseas as well.

The current Japan, internationalized with hospitality, is the result of a long history.

The most prominent images of Japanese history that come to mind among non-Japanese citizens are "ninja" and "samurai."
It is said that the ninja served daimyo and feudal lords in Japan from the Asuka period approximately 1,400 years ago, all the way to the Edo period, and that they also worked independently in intelligence gathering, subterfuge, infiltration, conspiracy operations, and assassination.
The word "Ninja" is not confined to Japan either, but is well known worldwide as well.
Ninja are also divided into different schools. Two of the most prominent schools are Iga-ryu and Koga-ryu. There are also many ninja dwellings in each stronghold, and it is said that ninja undergo daily training at these strongholds.
Overseas, Newsweek, an American weekly magazine dealing with politics and social issues, published an issue in 1964 that explained the history and techniques of ninja and mentioned the ninja boom in Japan.
This is said to be the beginning of the western ninja boom.

The first foreign film to feature the ninja was 1967's 007: You Only Live Twice, which created the first international image of the modern-day ninja.
In the 1970's and 1980's, enthusiasm towards the practice of ninjutsu itself, including martial arts and ninja training, spread rapidly.
The 1980's saw the creation of a variety of genres, including the Teenage Mutant Ninja Turtles, which appeared as an American comic and was later made into an anime, and helped to solidify the ninja boom abroad.

Along with "Ninja," another highly popular part of Japanese history popular among foreign nationals is "Samurai."
Like ninja, the word samurai is well known worldwide.

The history of the samurai is believed to have originated in the Heian period, approximately 1,200 years ago.
In order to protect their land, peasants began to take up arms against those who sought to exploit them.
Gradually, vigilante groups were formed, and these groups came to be known as "Bushidan" (lit. "warrior groups"). The warriors who belonged to Bushidan were known as "bushi," and later "samurai."

The word "samurai" came to be known abroad after the world-famous film director Akira Kurosawa's "Seven Samurai" became a huge hit in the 1960s.
Since then, samurai have been depicted in many anime and video games.

Foreigners who are fascinated by ninja and samurai and interested in Japanese culture and history have named Oda Nobunaga and Toyotomi Hideyoshi as their favorite warlords.
The image of "Japan=Ninja" and "Japan=Samurai" is deeply rooted, and the presence of samurai and ninja in the streets of Japan is still a common misconception.
Nikko Edomura (Tochigi Prefecture) and Toei Movie Park (Kyoto) are popular historical theme parks where you can experience samurai and ninja in action.

Although Japan was defeated in World War II and suffered a major recession, the Japanese economy experienced explosive growth and recovered to become the second largest economy after the United States in the mid-1980s, less than 40 years after the war.
The booming economy of the late 1980's and 1990's was called the bubble economy, but it collapsed in the early 1990's causing the Japanese economy to enter a recession.

In 2019, the new era, "Reiwa," began with the abdication of the former Emperor. This is the first time in 200 years that an Emperor has abdicated, marking a major milestone in Japan's history.

COOL JAPAN VIDEOS is a site that introduces the charms of Japan through popular videos related to Japanese history!