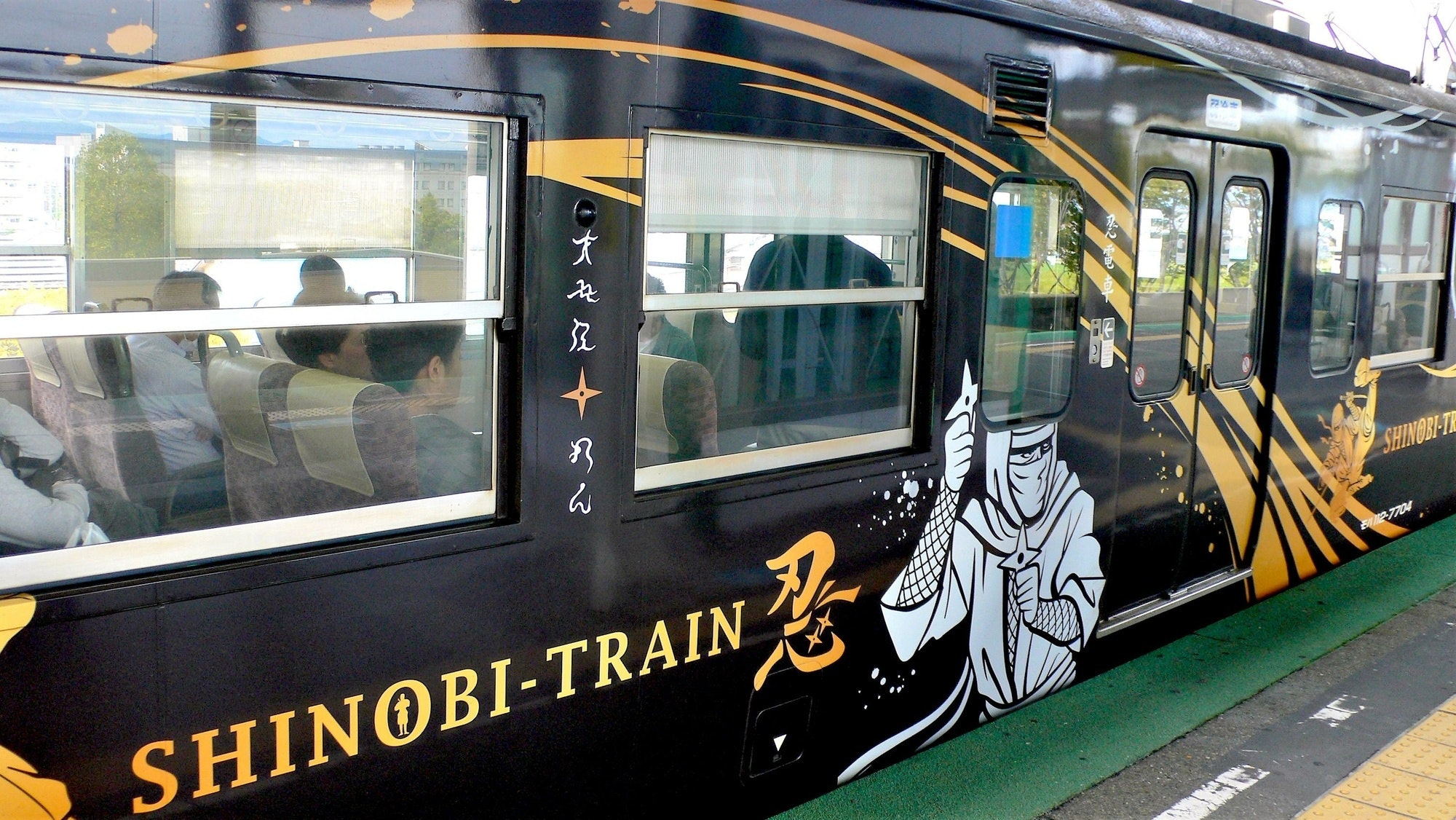 Japan's World-Famous Ninja Welcome You in the Form of a... Train? Take a Ride on the Limited Time Ninja Train in Shiga Prefecture, That's Been Extended by Popular Demand!

Himiko - A Stylish Waterbus for Touring Tokyo! Enjoy Traveling to Popular Places in Tokyo, Such as Asakusa and Odaiba, in This Futuristic Vessel Shaped Like a Space Ship!

The World's Largest Airplane, "ANA Airbus A380," Will Begin Flights to Hawaii in 2019! Check Out the Luxury First Class Seating and an Awesome Look at the Cockpit!

The Next Generation of Car Carrier Ships Is Here! Introducing "FLEXIE"- Over 650 ft. Long and Boasting the Latest Technology to Improve Safety, Energy Use, and Loading Efficiency

An Art Gallery Running at 240 KM per Hour?! The Fastest Form of Art Appreciation: The Genbi Shinkansen - A Combination of Modern Art and Trains Attracting Both Art and Railway Enthusiasts

The History of Vehicles in Japan

Vehicles in Japan have a long history, starting with human-powered baskets and rickshaws, some of the most primitive forms of transportation.
Later, vehicles powered by animals such as horses and cows were developed.

Because Japan is an island nation, the technology of ships was especially prevalent, and during the WW2 era, Japan built the largest battleship ever seen, the "Yamato."

Even today, Japan is a leader in advanced automotive technology, with many of the world's most popular automobile manufacturers.
The "HondaJet," a small business jet, and the new maglev train scheduled to start operating in 2027, are likely to change the future of transportation.

When visiting Japan, there are many places where you can experience vehicles unique to Japan.

Like automobiles, Japanese motorcycle brands are popular all over the world.
The four major Japanese motorcycle manufacturers are Honda, Yamaha, Suzuki, and Kawasaki, all of which have a global fan base.
The Super Cub, sold by Honda since 1958, is one of the world's most popular motorcycles, with total global production exceeding 100 million units.

Bus tours allow you to see the scenery of Japanese cities while sightseeing.
There are many bus tours for foreign tourists, and you can easily get around Japan's sightseeing spots.
If you purchase an unlimited-ride ticket, you can get on and off the bus at any place you want, so you can enjoy sightseeing according to your own plan.
Please note that payment methods vary by region.

In recent years, there has been an increase in the number of taxis that offer tours of cities in various languages.
In addition to providing city tours, they may also provide information on history and events, and introduce you to hidden tourist spots that you won't be able to find in a guidebook.

You can enjoy rickshaw rides in Asakusa, Kamakura, and other tourist spots with rich Japanese history, and you can enjoy a memorable experience unique to Japan.

You can also enjoy dining on a yakatabune, a boat derived from Japanese aristocratic culture, and visit popular tourist destinations.
Tours to learn about traditional Japanese culture and history are also popular, and you can enjoy a different view of Japan from the sea or rivers than you can by walking the streets.

If you have a driver's license that is valid in Japan, you can drive or rent a car in Japan.
In this way, you can enjoy sightseeing at your own pace.

Public road carts are just like go-karts at amusement parks, but with directional indicators and headlights, and they are able to run on public roads.
They became popular when tourists to Japan posted pictures of themselves in cosplay costumes on social networking sites.
Using these public road carts, you can drive around cities such as Shibuya and Akihabara.

Shinkansen (bullet trains) are the main form of long-distance travel within Japan.
You can also make reservations online from abroad, making it very convenient when traveling.

The most surprising thing for visitors to Japan is the punctuality of the trains and subways.
You can enjoy sightseeing in Japan at a relatively low price, and also be on time!

Almost every major city in Japan has an airport.
In recent years, low-cost carriers (LCCs) have increased their routes, making it possible to travel long distances within Japan at low prices.

In some places in Japan, you can enjoy horse drawn carriages and palanquins, which were used as the main form of transportation in Japan in ancient times.
There are also tours that will take you to some of Japan's most popular tourist attractions, so you might see something different if you take a ride on one of Japan's historical transportation systems.

Some mountainous and small mountain attractions have ropeways, lifts and gondolas.
It's a great way to save time and enjoy a more comfortable trip than walking.

In some tourist areas, bicycles can be rented out to tourists.
It's a great way to see the sights at your own pace without being tied down by time.

COOL JAPAN VIDEOS is a site that introduces the charms of Japan through popular videos related to Japanese vehicles!