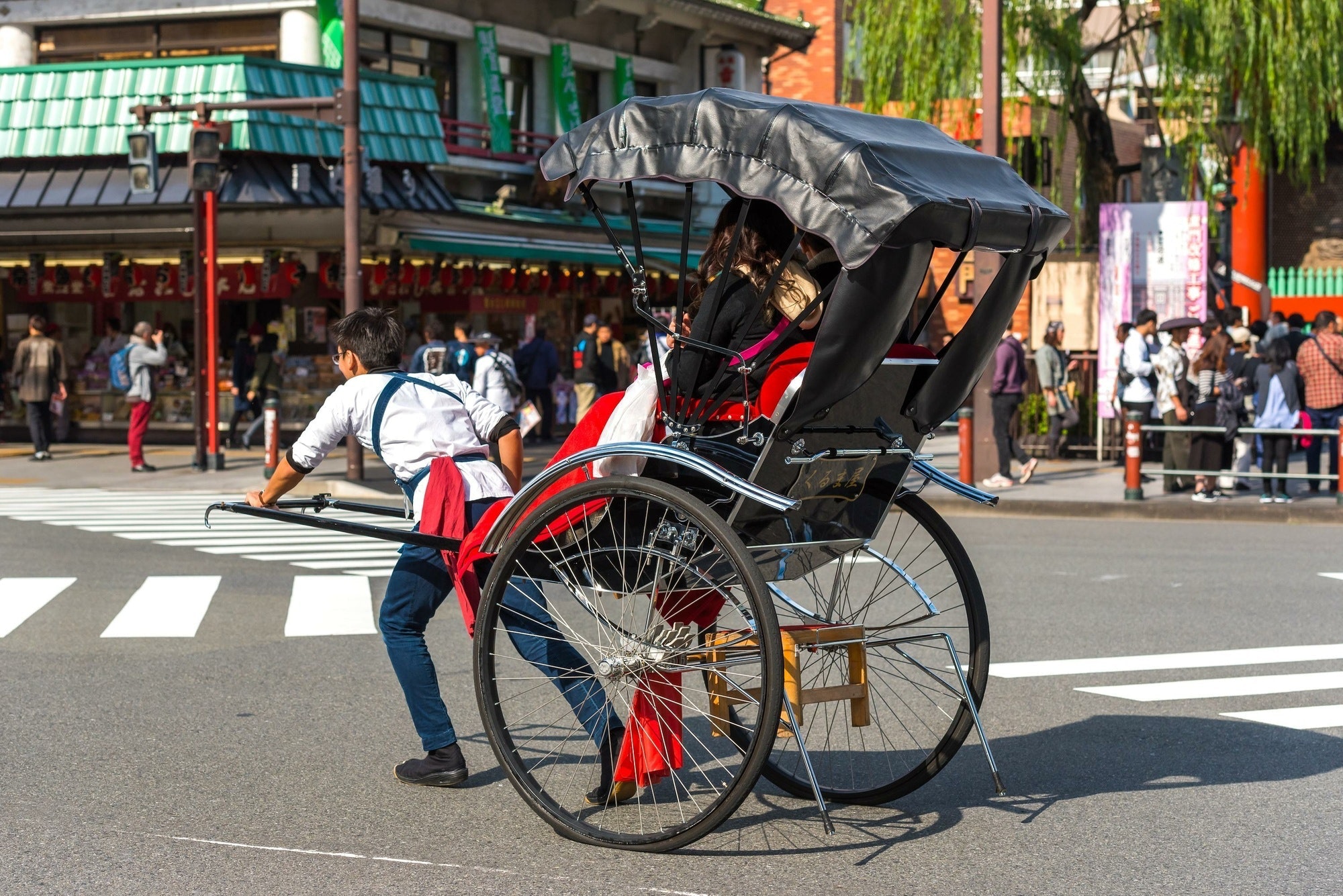 A Rickshaw Ride Through Asakusa!

The video "Asakusa Viewing on Rickshaw!! 浅草を人力車で iPhone Creative 4K,"released by "Studio Hakugeiスタジオ白鯨," is a video showing sightseeing in Asakusa, a popular tourist destination in Japan, by a rickshaw.

The rickshaw featured in the video is "Ebisuya," in Asakusa.
As you can see in the video, the number of rickshaw pullers who can show you around in English has been increasing in recent years.
In addition to Asakusa, where this video was taken, you can also try out rickshaws at other popular sightseeing spots in Japan, including Kamakura and Arashiyama in Kyoto.

In addition to the Ebisuya rickshaw shop featured in this video, the Jidaiya's rickshaw shop is also popular.
Enjoy sightseeing in Asakusa by rickshaw through the amazing 4K footage!

The Rickshaw: History and How It Works!

Rickshaws are the perfect option for those looking to explore popular tourist spots but find it difficult to walk around, or for those who want to experience a different kind of sightseeing tour.
Rickshaws are called "jinrikisha," in Japanese, written "人力車." The characters mean:
人: Person
力: Power
車: Vehicle
Which basically comes out to be "A human powered vehicle."
A rickshaw has two large wheels and a comfortable pedestal, and has a cover that protects passengers from the rain.
Rickshaws were first introduced in Nihonbashi in 1872, approximately 150 years ago, and were used as one of the main modes of transport during the Meiji, Taisho and early Showa periods (around 1930).
It was also used to transport geisha and maiko in the Karyukai world (Kagai).
You might be worried riding one of these bad boys is expensive, but the price is actually quite reasonable, starting at around 3,000 yen per person, and sometimes you can find discounts for couples.
If you make a reservation before sightseeing, you can rest easy knowing you'll have a great time sightseeing.

Of course, don't miss out on Sensoji Temple, which is very popular with tourists visiting Japan. It's introduced at 3:33 in the video.
Asakusa has a rickshaw lane on the road, so you can enjoy sightseeing without getting stuck in traffic jams.

Summary of Rickshaw Rides in Asakusa

Many of the part-time rickshaw drivers were once talked about as being good-looking.
If you go around the sightseeing spots of Japan by rickshaw, you're sure to have a good time!
It's also a good idea to specify your destination, or ask the rickshaw drivers to show you hidden gems that only they know about.

In addition to the rickshaws shown in the video, you can also take a ride on a horse-drawn carriage, houseboat, or other unusual vehicles when you visit Japan.