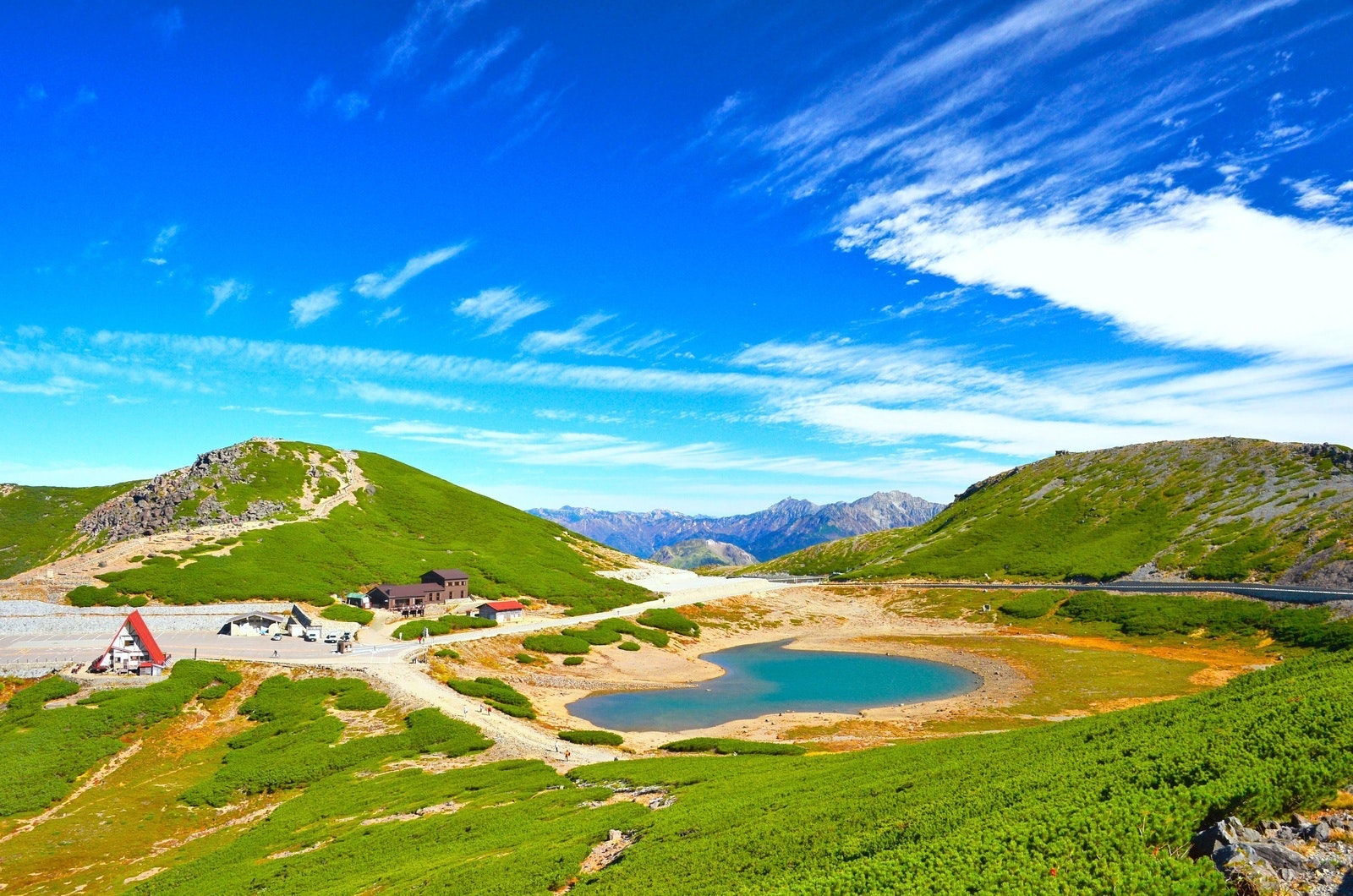 Mt. Norikura: At an Altitude of Nearly 10,000 Feet, Boasting 60-Foot-Tall Snow Walls and Autumnal Leaves, Its a Great Place to Enjoy Nature in Every Season in Nagano and Gifu Prefectures!

A Breathtaking Sea of Blooming Cherry Blossoms! Rokudo Bank in Nagano Prefecture Is a Place That Should Be on Your Bucket List!

Behold! The Beautiful Scenery of Nachi Falls in Wakayama Prefecture! As One of Japan’s Three Famous Waterfalls, Nachi Falls Is So Beautiful and Powerful That Visitors Can't Take Their Eyes off of It!

The Encounter of Waves, Brought Together by Two Islands, Is Reminiscent of Long Lost Lovers Being Reunited. Come Check Out the Amazing Scenery at Lover’s Cape in Wakayama Prefecture!

A Degree of Clarity and Beauty only found in CG. Monet's Pond, Gifu Prefecture: A Colorful, Beautiful Sight Like a Mural in Front of Your Eyes

Mt. Fuji, Covered in Lingering Snow, Coupled With the Fuji Shibazakura Festival, Is Absolutely Breathtaking! A View That'll Last a Lifetime, at the Foot of Mt. Fuji!

The Beautiful Autumn Leaves at Oyasukyo Onsen, Akita, Famous for Being the Most Scenic Spot in Japan's Tohoku Region! The 60-Meter-High Cliffs and the Mysterious Sight of Hot Springs Bubbling up From the River Banks Make It a Must-Visit Attraction!

Japan is an island nation in East Asia surrounded by ocean on all four sides and consisting entirely of islands.
The Japanese archipelago consists of four main islands - Hokkaido, Honshu, Shikoku, and Kyushu - and about 7,000 smaller islands.
Approximately 70% of Japan is covered in mountains and forests, which may seem surprising to those who are only familiar with the big cities of Tokyo and Osaka, but if you take a step outside of the city, you can enjoy an abundance of natural scenery.
Japan has four seasons: spring, summer, autumn, and winter. The Japan Meteorological Agency defines spring as March to May, summer as June to August, autumn as September to November, and winter as December to February.
Although there are other countries with four seasons, they are especially prevalent in Japan.
One of the charms of Japan's natural landscape is that each season offers a different way to appreciate it.

The Nature of Japan: Mountains

The central part of Honshu, Japan's main island, is home to a series of mountain ranges that reach an elevation of around 3,000 meters (~9,800 ft.), which is called the "roof of Japan," and there are many exciting, unexplored sightseeing spots for those who love to travel.
Fuji is an active volcano located 3,776 meters above sea level that extends from Shizuoka Prefecture (Fujinomiya, Susono, Fuji City, Gotemba, and Oyama) to Yamanashi Prefecture (Fujiyoshida and Narusawa).
It has been selected as one of Japan's Three Famous Mountains, one of the 100 Famous Japanese Mountains, and one of the top 100 geological features of Japan, and it is very popular tourist attraction with many things to do at the base of the mountain. It is also registered as a world heritage site.
Fuji and many other mountains in Japan are considered sacred mountains and have been worshipped in folk beliefs.
One of the current problems Japan is faced with is the destruction and loss of natural environments due to gold and silver mines, logging for timber, housing construction, and the development of golf courses.
Generally speaking, volcanoes that have erupted within the past 10,000 years are called active volcanoes, and the most famous active volcanoes in Japan are Mt. Asama in Nagano Prefecture, Izu Oshima, Mount Aso in Kumamoto Prefecture, and Mt. Unzen in Nagasaki Prefecture.
Tokyo, one of the world's largest cities, is home to a number of mountains, with Mt. Takao, located to the west of Tokyo, having the world's largest number of climbers.

The Nature of Japan: Oceans and Coastlines

The oceans and seas surrounding Japan consist of the Pacific Ocean to the east and south, the Sea of Japan to the northwest, the East China Sea to the west, and the Sea of Okhotsk to the northeast.
The seas around Japan are characterized by the warm Kuroshio Current flowing from the south of the Japanese archipelago and the Oyashio Current flowing from the north, which collides with the sea off Sanriku in the northeastern part of Japan, creating a good fishing ground.
A delta is a land formed by the accumulation of materials carried by rivers, and the largest delta city in Japan is Osaka City, which was formed by the Yodo River and its tributaries.
A coastline with a complicated series of narrow inlets is called a "ria," and these can be found all over Japan, especially in the Tohoku region.
The Seto Inland Sea, which is sandwiched between Honshu, Shikoku, and Kyushu, is a sea of many islands, with a total of more than 700 islands, of which about 150 are inhabited.

The Nature of Japan: Rivers

Photo：Horai Bridge and the Oi River

The Nature of Japan: Lakes

Because there is no exact distinction between "lakes," "ponds," and "marshes," the number of lakes in Japan is not exactly known, but there are many lakes throughout the country, and many of them are famous as tourist attractions.
The largest lakes in Japan are Lake Biwa in Shiga Prefecture, Kasumigaura in Ibaraki Prefecture, and Lake Saroma in Hokkaido, in that order.
Lake Yamanaka and Kawaguchi in Yamanashi Prefecture and Lake Ashi in Kanagawa Prefecture are among the most popular tourist spots for visitors to Japan, where you can enjoy breathtaking lakeside views of Mt. Fuji.

Japan is prone to more natural disasters than any other country in the world. These include typhoons, torrential rains, snowstorms, floods, landslides, earthquakes, tsunamis, and volcanoes.
One of the most memorable natural disasters in Japan in recent years was the Great East Japan Earthquake that struck the Tohoku region on March 11, 2011, which left the world in a state of shock.
The Kumamoto earthquake in 2015 was also widely reported overseas.

There are many scenic spots throughout Japan where you can enjoy spectacular views of the country's natural landscapes.
There's relaxing sightseeing spots, Instagram-worthy destinations, sightseeing spots where you can feel the grandeur of nature, and more.
We invite you to discover the natural beauty of Japan!

The following is Jalan's "Top 47 Scenic Destinations of Japan":

COOL JAPAN VIDEOS is a site that introduces the charms of Japan through popular videos related to Japan's beautiful natural landscapes!