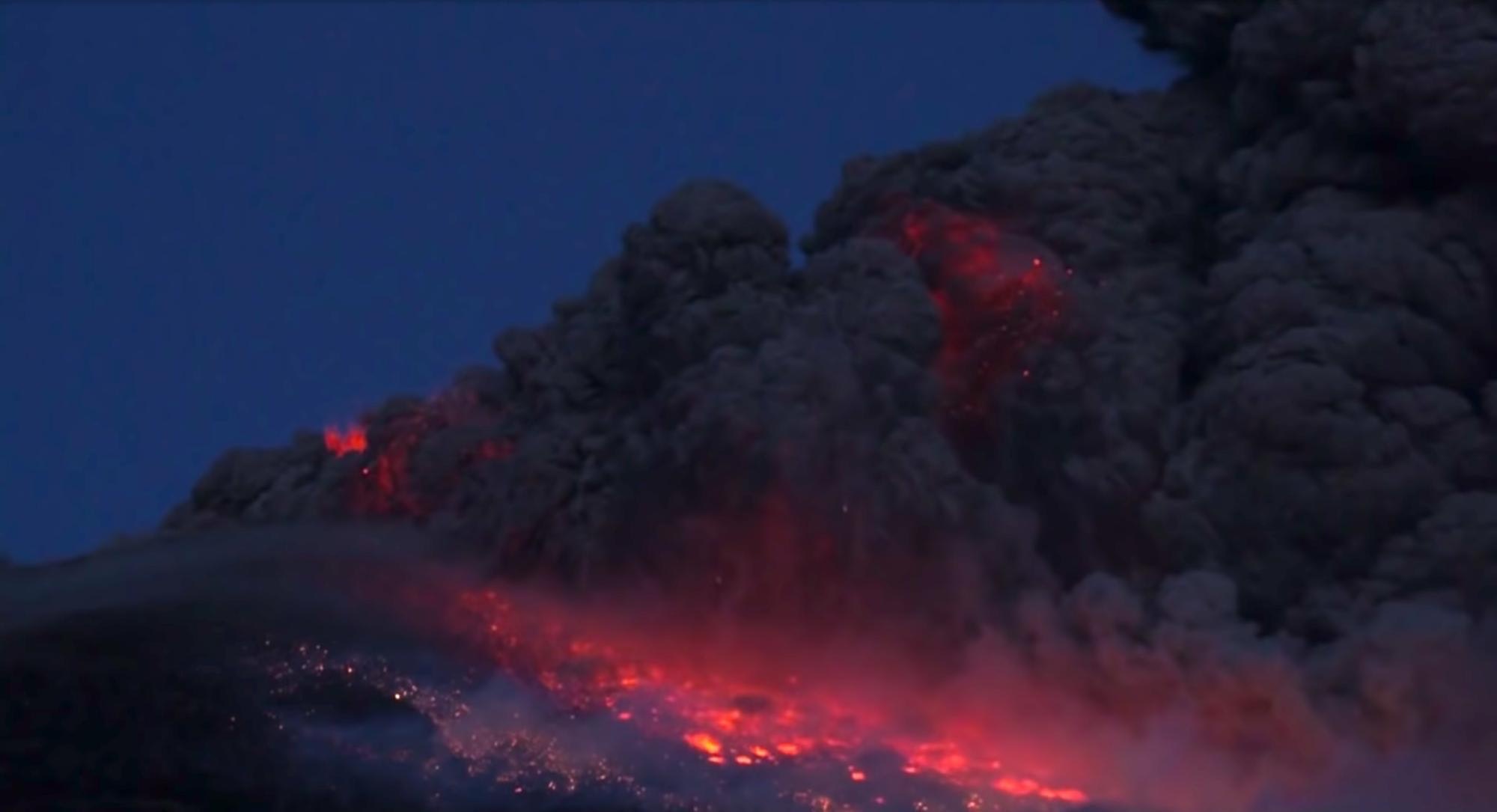 The Eruption of Shinmoedake, Mt. Kirishima

Before we begin, please watch the video "The moment of a volcanic eruption! Shinmoedake “Spouting Volcanic Bombs” Kirishima Mountain Range（火山噴火の瞬間！新燃岳「噴出す火山弾」霧島連山）".

This is a video of the powerful eruption of Shinmoedake, Mt. Kirishima in Kagoshima Prefecture(鹿児島県,Kagoshimaken).
You can feel the fury of nature that stretches far beyond the human imagination by watching the video of the dynamic eruption.
We will introduce Shinmoedake, Mt. Kirishima through the video with this article, so be sure to follow along.

What Kind of Place Is Shinmoedake?

Kirishima Mountain Range is a group of volcanoes that stretches from Miyazaki Prefecture(宮崎県,Miyazakiken) to Kagoshima Prefecture in Southern Kyushu(南九州,Minami-kyushu).
Shinmoedake, which is introduced in the video, is 1,421 meters above sea and is located almost halfway between Karakunidake(韓国岳,Karakunidake), the highest mountain in Mt. Kirishima, and the sacred Mount Takachiho(高千穂峰,Takachihonomine) in the east.

The area surrounding the peak of Shinmoedake consists of craters and calderas, which are hollows in the ground created by volcanic activity, and it stretches over Kirishima City, Kagoshima Prefecture, while the area surrounding the ridge line stretches over Kobayashi City（小林市,Kobayashishi）, Miyazaki Prefecture.
As you can see in the video, volcanic activity still continues actively in Shinmoedake.

The History of Volcanic Activity in Shinmoedake

The history of Shinmoedake’s volcanic activity is thought to stretch back about 150,000 years.

Shinmoedake is a volcano that has violent eruptions called “Plinian eruptions”, which produce enormous amounts of volcanic products and energy, and it has been responsible for massive disasters such as the Kyoho Eruption and the Bunsei Eruption in the Edo period (1603-1868), as well as the Showa Eruption of 1959.
From existing research, we know that the volcanic eruption during the Showa period was caused by an explosion of water vapor, not magma.

The Current State of Shinmoedake

Shinmoedake’s volcanic alert level is currently level 3 out of 5, and the damage from the falling ash is also immense.
Mountaineering on the volcano is also restricted, so the effect on tourism is quite large as well. There are also volcanoes other than Shinmoedake in Kyushu such as Sakurajima(桜島,Sakurajima) and volcanic eruption alerts come frequently, so it is important to check the newest information as often as possible.
This video is of Shinmoedake, Mt. Kirishima in January 2011.

You can see bright red lava bursting out and rocks flying through the sky from 0:15.
You can also see lightning called “volcanic thunder” flash across the rising pitch-black ashes from 1:03.

Summary of the Video on Shinmoedake's Volcanic Eruption

This video of the volcanic eruption that we introduced is barely 2 minutes long, yet it is a powerful piece of footage that conveys the fury of nature.

The volcanic alert level of Shinmoedake, Mt. Kirishima is still extremely high and its activities are being observed carefully.
If you are ever to travel close to Mt. Kirishima in Kagoshima, be careful and be prepared!