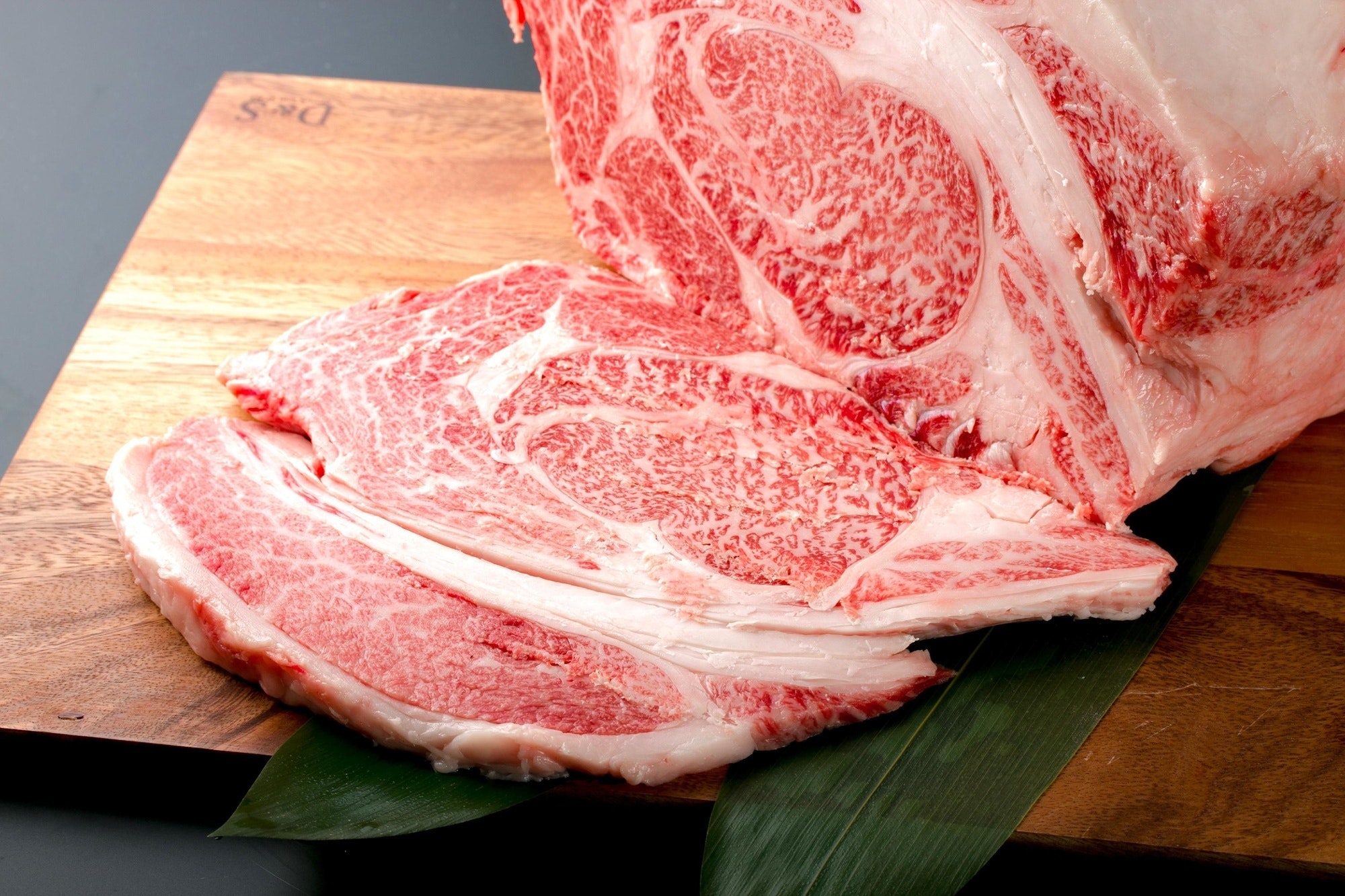 Japan's Delicious Wagyu Beef Is Extremely Popular Overseas! Even in Australia, Another Country Famous for Its Beef, Japanese Wagyu Beef Sales Are on the Rise!

Nikunotakumi Miyoshi - Japan's Finest Kappo Restaurant! A Glimpse at Some of the Finest Dishes Japan Has to Offer!

That's How You Slice a Wagyu Inner Thigh! It Feels So Good to See the Soft, Lean Inner Thigh Being Expertly Cut!

Sukiyaki - A Dish Highly Recommended by Food Connoisseurs Around the World! Ningyocho Imahan, a Popular Restaurant in Chuo City, Tokyo With 120 Years of History, Teaches You the Best Way to Enjoy It!

Ranked No. 1 in the Udon Category in Japan on Tabelog! A Look at the Wagyu Bukakke Udon of "Rakuraku," in Osaka!

Teppanyaki Cuisine With a View of Nagoya Castle!

Kagurazaka Ishikawa - a Famous Restaurant Awarded Three Stars by Michelin! Their Kaiseki Dishes Are Made With Only the Finest Seasonal Ingredients!

The Ultimate in Luxury With the Exquisite Japanese Cuisine, "Teppanyaki"! Your Mouth Will Be Watering From the Exquisite Gourmet Food Prepared Right Before Your Eyes by the Chef! 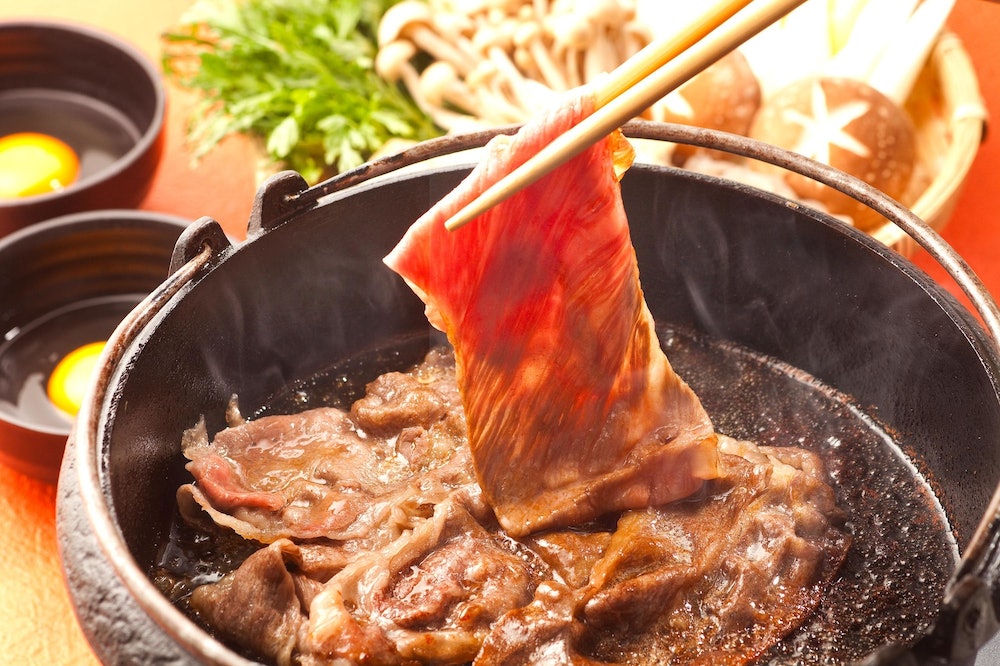 Wagyu is a group of cattle that was created by crossbreeding native Japanese cattle from before the Meiji period with a foreign breed.
Wagyu is used in a wide variety of high-class meat dishes, including yakiniku, shabu-shabu and sukiyaki.

There are four breeds of Wagyu: Japanese Black, Japanese Brown, Japanese Shorthorn and the Japanese Polled.

In 1976, Wagyu cattle taken to Colorado in the United States for research purposes were lost one after another to other countries, and today mixed breeds labeled as "wagyu" are circulating more than wagyu beef from Japan. To combat this, the Japanese government has officially certified wagyu beef to distinguish it as the real thing.

The History of Wagyu 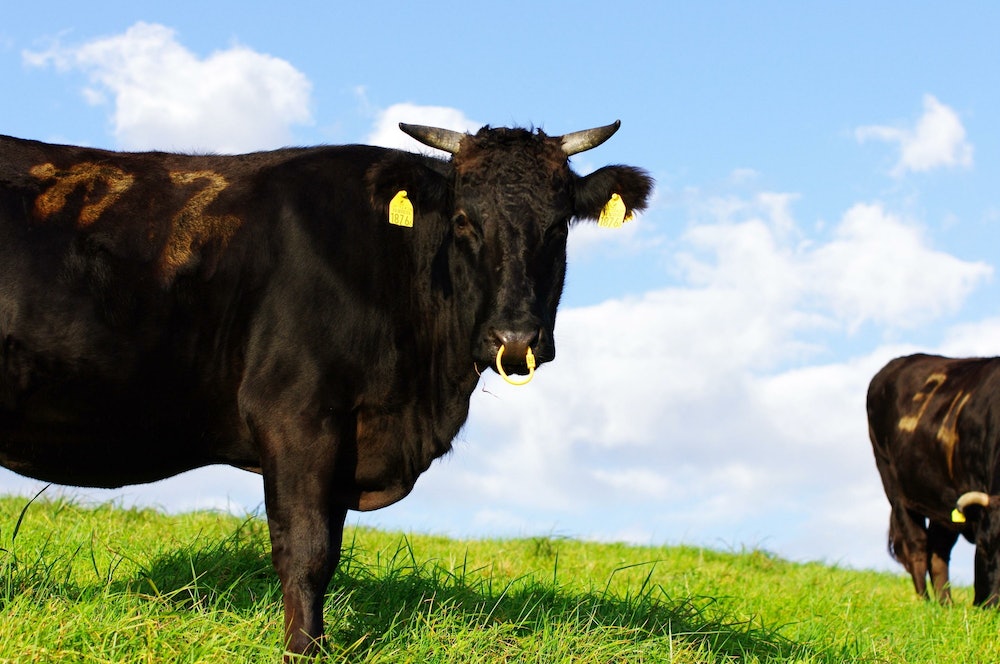 In the Edo period, inbreeding was actively carried out in the Chugoku region, and a breed called "Tsuru" (蔓) was developed.
At that time, meat-eating was frowned upon in Japan, and the culture of eating beef was not widespread, so cattle that were healthy and obeyed were preferred. The tsuru cattle were excellent in this regard and fetched a very high price.

These improvements continued, and in 1944, the cattle were divided into three breeds: the Japanese Black, the Japanese Brown, and the Japanese Polled, and they were collectively referred to as "Wagyu."
In 1957, the Japanese Shorthorn was added to the breed, increasing the number of available wagyu brands from 3 to the 4 we currently have.

In Japan, cattle were mainly used for plowing and as transportation, but this was replaced by tractors and trucks in the 20th century.
Also, as wagyu cows could not meet the growing demand for milk, Holstein Friesian cattle from foreign countries, which had a higher milk production capacity, became the main breed of cattle, and wagyu cows, which used to be used for both purposes, were used exclusively for meat by the 1960s.

The view of the wagyu, which had not been advantageous as a service cow, changed when it became a meat-only breed, and further breeding was promoted because it had a tenderness and flavor that could not be found in mixed breeds.

In 1991, the import of milk was liberalized, and knowing that it was not possible to compete with foreign beef in terms of price, it was decided to produce Japanese black cattle for high quality and high priced meat. 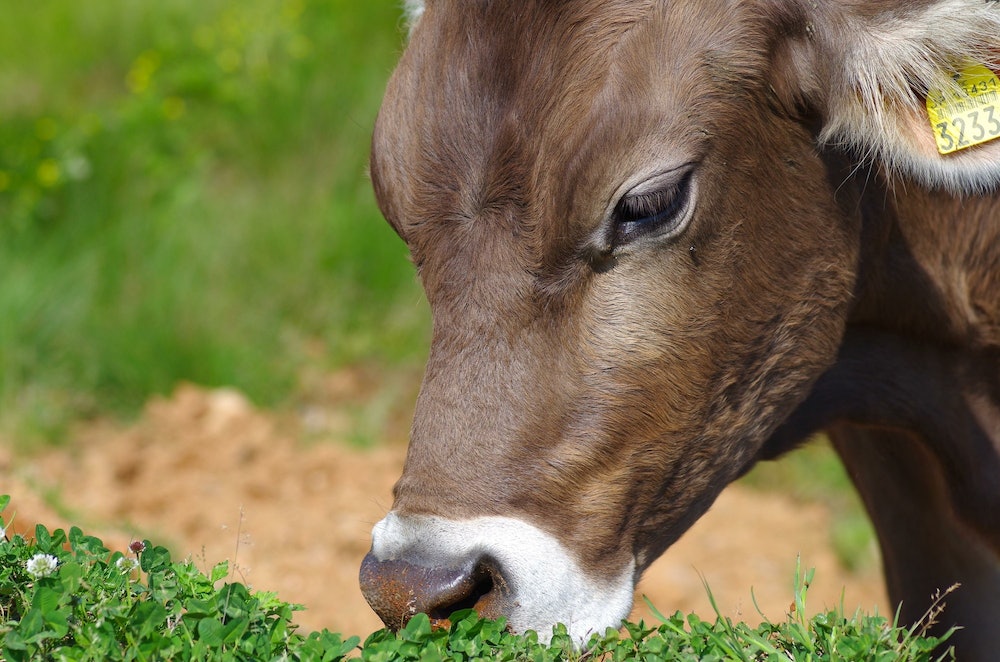 ①Japanese Black
This beef cow is characterized by its monochromatic black and brownish fur, with a light color on the lower part of the body and inside of the limbs, as well as black horns, a black nose, hooves, and tongue.
Despite its small size, its meat quality is considered to be the best in the world, not just when compared to other wagyu cattle, but also when compared to other cattle around the world.
It is said that more than 80% of beef breeds raised in Japan are of this breed.

②Japanese Brown
The Kumamoto breed of beef cattle is characterized by a yellowish brown monochromatic coat, as represented by the Aka Ushi (赤牛, lit. "red cow") of Higo and Tosa.
The coat of the Kumamoto variety is a yellowish-brown, with the lower part of the body, the inner part of the limbs, the eyes, and the periphery of the nose being a lighter color. The highlands variety, called "kewake" (毛分け), with their black horns, hooves, eyelids, and rare end, are well liked.
The Japanese Brown is also larger than the Japanese Black.
Although the muscle fiber is slightly thicker and the fat deposition is inferior to that of the Japanese Black, they have excellent heat resistance and roughage utilization, and their energy balance is good for one's health.

③Japanese Shorthorn
The Japanese shorthorn is characterized by its dark reddish-brown monochromatic hair color, and its amber nose, hooves and horns.
It is generally larger than the other three breeds of wagyu cattle, but its hindquarters are lacking compared to its mid-section.
Like the Japanese Brown, it is inferior to the Japanese Black in terms of coarseness of muscle fiber and fat deposition.

④Japanese Polled
This beef cow is characterized by its monochromatic black coat, nose, and hooves, and is hornless.
Like the Japanese Black, they are small in size and have a long, short body.
In 1963, there were approximately 10,000 Japanese Polled, which were fast-fed and excelled in the use of roughage, but as the market demand for marbled meat changed, the number of Japanese Polled, which had less marbled meat, was reduced to 250.
Due to fears of extinction, the pastureland "Mukaku no Sato" (無角和種の郷) was established, and as of 2018, approximately 200 cows are being raised here.

Most of the cattle raised for meat in Japan today are wagyu cattle, and in addition, most of the wagyu are Japanese Black.
But why is the Japanese Black the most popular?
Japanese Black Cattle have a tendency to have marbled meat, which is not found in many foreign breeds.

The current numbers of wagyu cattle in Japan for each of the four breeds are as follows:

Other cattle that are touted for their quality of meat in different regions are called "Branded Beef," and the most famous ones are "Kobe Beef" and "Matsusaka Beef." 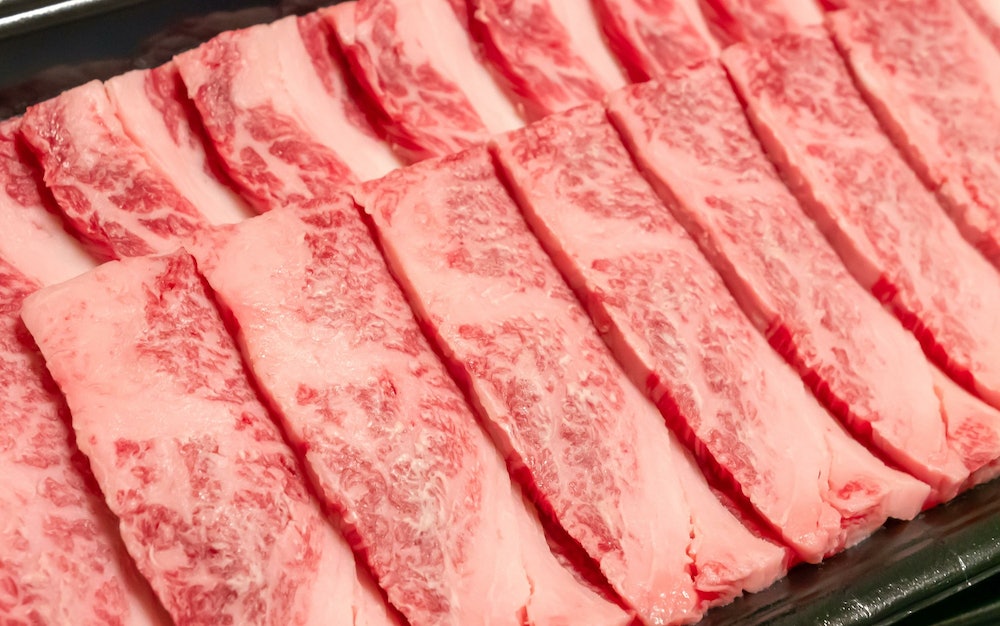 ・Kobe Beef
This is a brand of beef that is highly regarded abroad.
In 2009 it was voted as one of the nine most expensive foods in the world, among others such as caviar, foie gras, and white truffles.
The meat is very tender and "fluffy" compared to other brands.

・Matsusaka Beef
This brand of beef, raised in Mie Prefecture, is considered to be one of the highest quality Japanese Black.
It has a number of names in Japanese.
It is characterized by its fine marbling, tender meat, and sweetness, and when cooked as a steak, it is said to be as good as Kobe beef.

・Omi Beef
Omi beef is the oldest branded beef in Japan, dating back approximately 400 years.
There's an anecdote that says that the name of the beef originated from Toyotomi Hideyoshi in the Warring States period.
The meat is soft and tender with a fine texture and sweet fat, and it's recommended to be eaten with Sukiyaki or Shabushabu.

・Yonezawa Beef
This is a brand name for Japanese Black raised in three cities and five towns in the Okitama region in Yamagata Prefecture.
Raised for more than 30 months, the beef is characterized by its lean meat with a fatty texture that melts in the mouth.

All four of the above brands of beef are said to have their roots in Tajima cattle.
Tajima cattle are a group of cattle born and raised in Hyogo Prefecture, from the Tajima region in northern Hyogo Prefecture to Awaji Island, and it is said that more than 85% of the famous brand-name cattle, including the three major Wagyu cows in Japan, have Tajima beef in their blood.

・Maesawa Beef
A Japanese black breed raised in Maesawa, Iwate, and permitted to be called branded beef only when they meet a certain criteria.
It is also a registered trademark of the Iwate Furusato Agricultural Cooperative Association.

・Sendai Beef
Sendai beef is the only high-class branded beef in Japan that is not allowed to be called "A5" or "B5," the highest meat quality grade in Japan.
It has been certified as a food with special labeling certification by Miyagi Prefecture, and it has also been given a regional award.
It is very famous as an undisputed premium beef, which is difficult to define, and therefore difficult to secure in quantity.

Wagyu represents Japan's fine gourmet cuisine. Wagyu is a very tasty Japanese gourmet dish that Japan is proud to recommend to visitors from all over the world, and the Japanese Black are considered to be the best in the world!