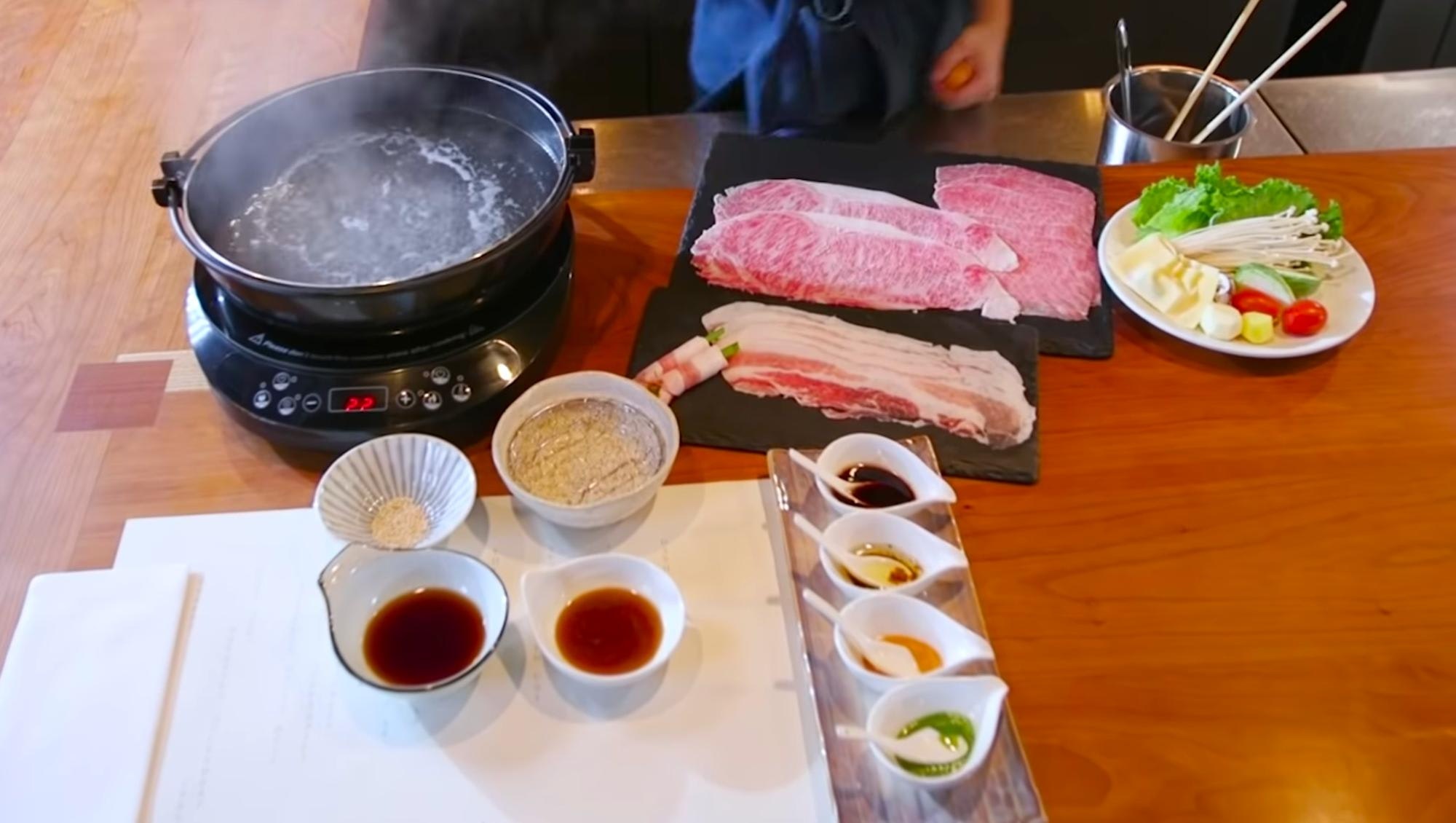 This video, titled "Chef Mako Okano Serves the World's Only Shabu-Shabu Omakase — Omakase," was released by "Eater."
The video introduces Mako Okano, a female chef at a Japanese restaurant in New York that offers "Shabu-shabu," a Japanese style hot pot dish, in an "Omakase" format.

Introduced in the video is the Japanese restaurant "Macoron," a new style "Shabu-shabu" restaurant in New York where Mako Okano cooks dishes using traditional Japanese ingredients while guests enjoy the show from their counter seats.

"Shabu-shabu" is a Japanese dish in which thinly sliced meat is dipped in a pot containing soup stock to cook, and then dipped in ponzu or sesame sauce.
In addition to meat, vegetables, tofu, and other ingredients are also boiled and then dipped in sauces creating a delicious assortment of flavors.
It's said that the name comes from the onomatopoeia "shabu-shabu," which is the sound the meat makes while being pulled through the soup stock while held with chopsticks.

"Shabu-shabu" is popular as a Japanese gourmet food, and it is a popular dish you can enjoy at Japanese restaurants as well as at home, with family and friends gathered around the pot.
In Japanese shabu-shabu, there is no person designated to do the cooking, rather, each person "shabu-shabus" (dips the meat into the pot) and eats their desired portion.

The dishes offered by Mako Okano start with appetizers, such as "Dashimaki Tamago" (a type of Japanese rolled omelet), abalone, yuba (tofu skin) and raw sea urchin, and tofu that is cooked via shabu-shabu.
After that, the main Wagyu beef shabu-shabu is served with vegetables.
This can be seen from 1:30 in the video.

Mako Okano dips the thinly sliced meat of A5 or A4 ranked beef, which has the highest balance of lean and fat, several times in the boiling soup stock and serves it to customers after it's perfectly cooked.
There are 4 types of sauces used in addition to the major Japanese ponzu and sesame sauces.
The course is also original in that it's finished with soba noodles made by Mako Okano, who has worked at a soba restaurant herself.
Soba is also one of the representative gourmet foods in Japan.

Mako Okano points out that the charm of her original Japanese shabu-shabu is that boiling the meat removes excess fat, so that the stomach doesn't feel heavy after eating it, and it also doesn't leave you feeling lethargic.

Mako Okano also mentions that she wants to combine Japanese soba with shabu-shabu as it's good for one's health.
By using Japanese ingredients and shabu-shabu recipes outside of Japan, she's able to share Japan's delicious cuisine with the world.