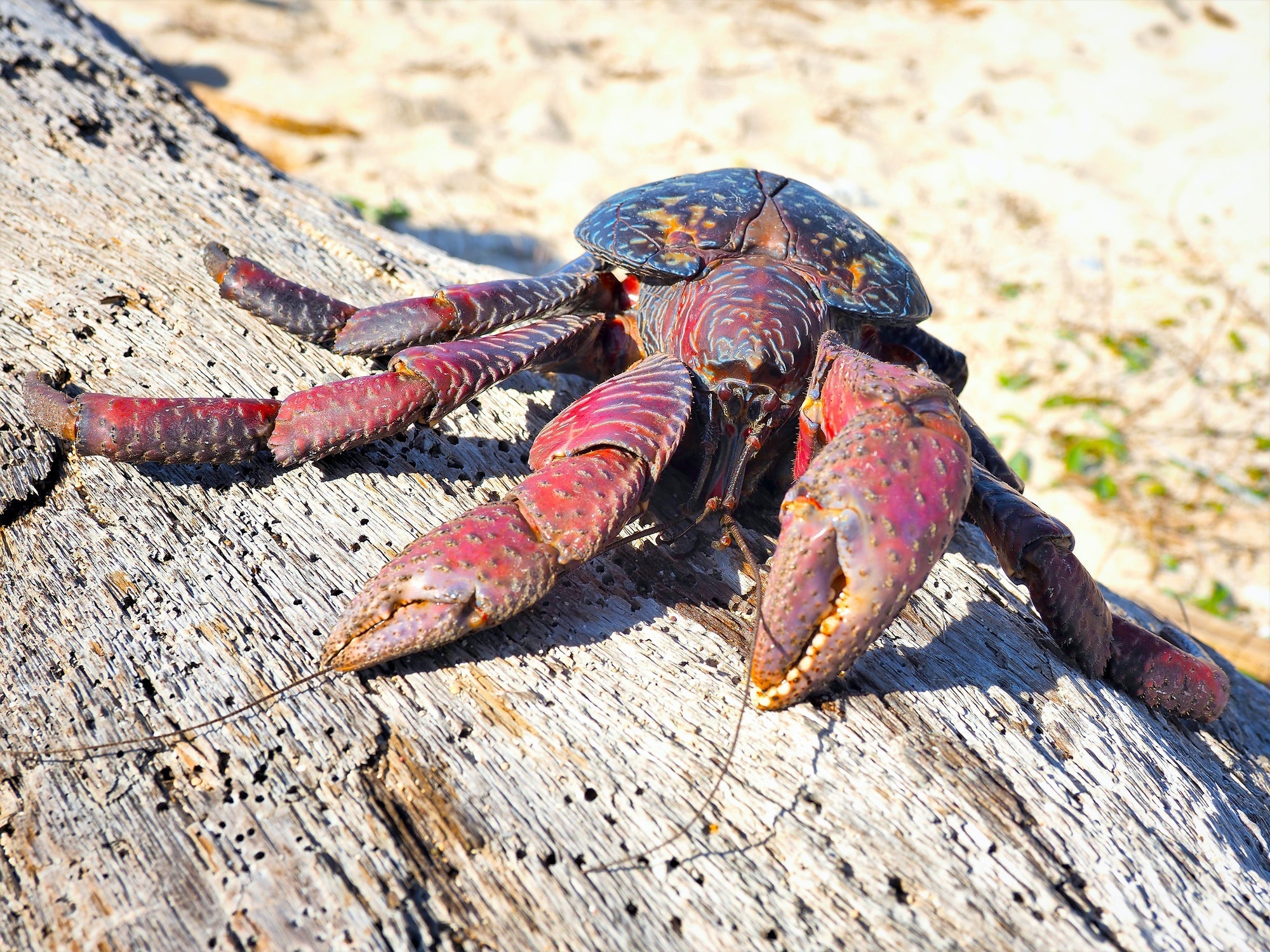 The Mouthwatering Coconut Crab of Yatai Mura on Kokusaidori

Coconut crabs are huge crustaceans that live in Okinawa Prefecture.
They have a history of being eaten as a delicacy in parts of Okinawa since ancient times.
At Yatai Mura, a popular destination on Kokusaidori in Naha, Okinawa, you can eat gigantic coconut crab dishes.
Sometimes called "Okinawa's strange specialty," coconut crab is surprisingly delicious thanks to its plump texture and the delicious broth that can be made from it.

How is Okinawa's Coconut Crab Prepared?

What Kind of Creatures are Okinawa's Coconut Crab?

Coconut crabs look like crabs, but they're actually a type of hermit crab.
In Japanese, they're called "yashi-gani" (椰子蟹 in kanji or the more common ヤシガニ in katakana).
Coconut crabs inhabit Miyako Island, Ishigaki Island, and Iriomote Island in Okinawa Prefecture, and the largest crabs can grow more than 40 cm in length and weigh more than 4 kg!

The coconut crab is said to be the strongest crustacean, and the clamping force of its giant pincers is about 90 times its weight, which is about as strong as a lion's bite!
Fisherman must be very careful when catching coconut crabs, as not to get injured.

Points of Caution When Eating Coconut Crab at a Food Stall

Because coconut crabs are omnivores and eat dead or rotten fish carcasses, they can accumulate pathogens in their bodies.
Coconut crabs that have accumulated these pathogens can cause food poisoning if eaten, even after cooking them, so be careful.

Coconut crab is a valuable food item that is rarely eaten nowadays, partly because it is listed as an endangered species.

Summary of the Coconut Crab at Okinawa's Food Stalls

The Okinawan culture of eating giant coconut crabs dates all the way back to ancient Japan.
Seen at 4:40 in the video are some of the unique gourmet specialties at Okinawan food stalls, including dishes like chanpuru, rafute, mimigaa (pig's ear) and umibudo (sea grapes).
If you’re traveling to Okinawa, be sure to try the coconut crab sold at one of the many food stalls!