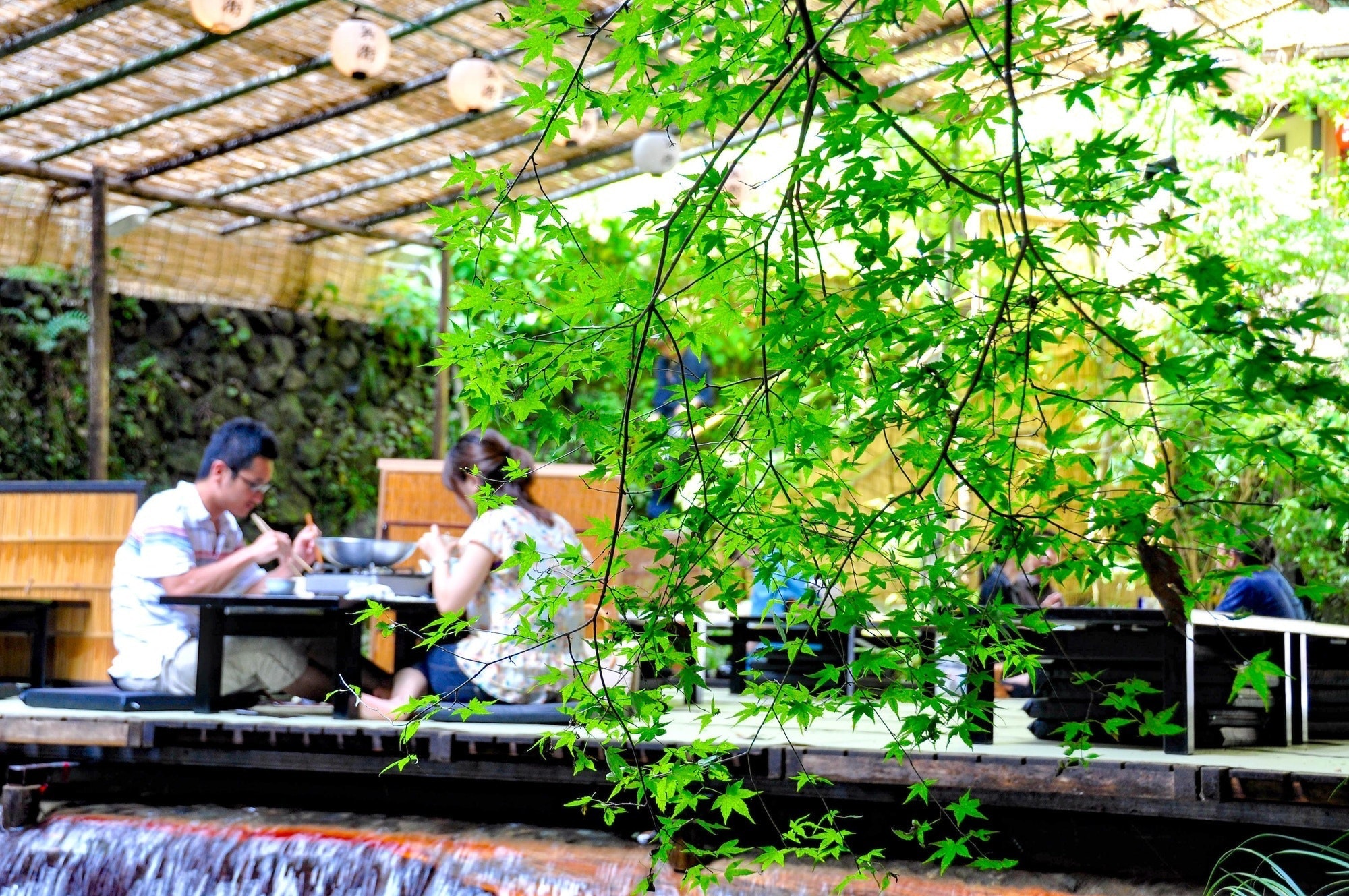 Experience the Summer Tradition of "Kawadoko" With the Video From Kibune-jaya in Kyoto!

Kyoto City is one of the most popular tourist destinations in Japan.
The "Kawadoko" of Kibune is one of the most popular summer events in Kyoto.
"Kawadoko" means "streambed" in Japanese, but in this article it refers to platforms that are built above the streambeds during summer. Right next to Kifune Shrine, a famous power spot, a tatami room has been built on the Kibune River, where you can enjoy "Kawadoko cuisine."

Kibune-jaya, shown in the video, offers popular Kyoto-style lunch cuisine and sukiyaki.
From 0:44 in the video, you'll see a series of attractive Japanese dishes, including fish sashimi, tempura, and desserts, so don't miss it!

There Are Many Other Kawadoko Sites in Kyoto, but Kibune-Jaya Stands Out Among the Rest...

Kawadoko are a place to sit near the water and cool off, and are made with Japanese style tatami flooring called "Zashiki." They are also called "Noryo Yuka" in Japanese as well.
You can choose your own style of cuisine from a variety of restaurants, including French, Chinese, and cafes.

Kibune, together with the nearby Mt. Kurama (鞍馬山) is known as the "inner sanctum of Kyoto."
Forty minutes north of the city, the Kawadoko is built above a mountain stream, making it exceptionally cool and refreshing.
During the festival period, many tourists from Japan and abroad flock to the Kawadoko sites.

If you want to fully enjoy the Kawadoko, it's best to avoid the crowds if possible.
Kibune-jaya, introduced in this article, is one where you can do just that.
The biggest attraction of the Kawadoko at Kibune-jaya is that they don't accept large groups or tour groups.
The price is reasonable as well, so it won't put a strain on your wallet either.
In addition, either side of the platoform faces the river, so you can soak your feet in it.
By sampling Kibune-jaya's exquisite kaiseki cuisine while feeling the clear streams of Kyoto, shown at 0:30 in the video, both your mind and body will be at peace.

Access to Kifune Shrine is also quite simple.
It's only a 2-minute walk from Kibune-jaya.
This is another great thing about Kibune-jaya.
A pick-up service is available from the nearby Kibuneguchi Station as well, so it's convenient to let them know when you make a reservation.

The Kawadoko at Kibune-jaya is open from May to September, but we highly recommend visiting from late June to mid-July.
It's also the time when the fragrant Ninose lilies bloom, and fireflies can be seen flying around the Kibune River at night.
If you're lucky, they may even appear on the Kawadoko at Kibune-jaya.
Kibune is also home to a number of Ryokan (Japanese-style inns), notably "Beniya."
It's a good idea to stay overnight after cooling off on the Kawadoko and go sightseeing in a different area the following day.

It's also the time of year when Kurama Temple is surrounded by fresh greenery and the hydrangeas are in full bloom at Sanzen-in Temple.
You're guaranteed to have a great trip, as Kyoto City is home to numerous places of interest, such as Shimogamo Shrine, Heian Shrine, Nanzen-ji Temple, Ginkaku-ji Temple (the Silver Pavilion), and Kyoto City Zoo.

Photo：View of the Kifune River

Kibune-jaya was completely destroyed by a typhoon in 2019 and is undergoing reconstruction as of September 2020.

It'll be interesting to see how the new appearance differs from that of the old shown in the video at 6:06.
Check out the blog on the official website of the Kibune-jaya for the latest information!