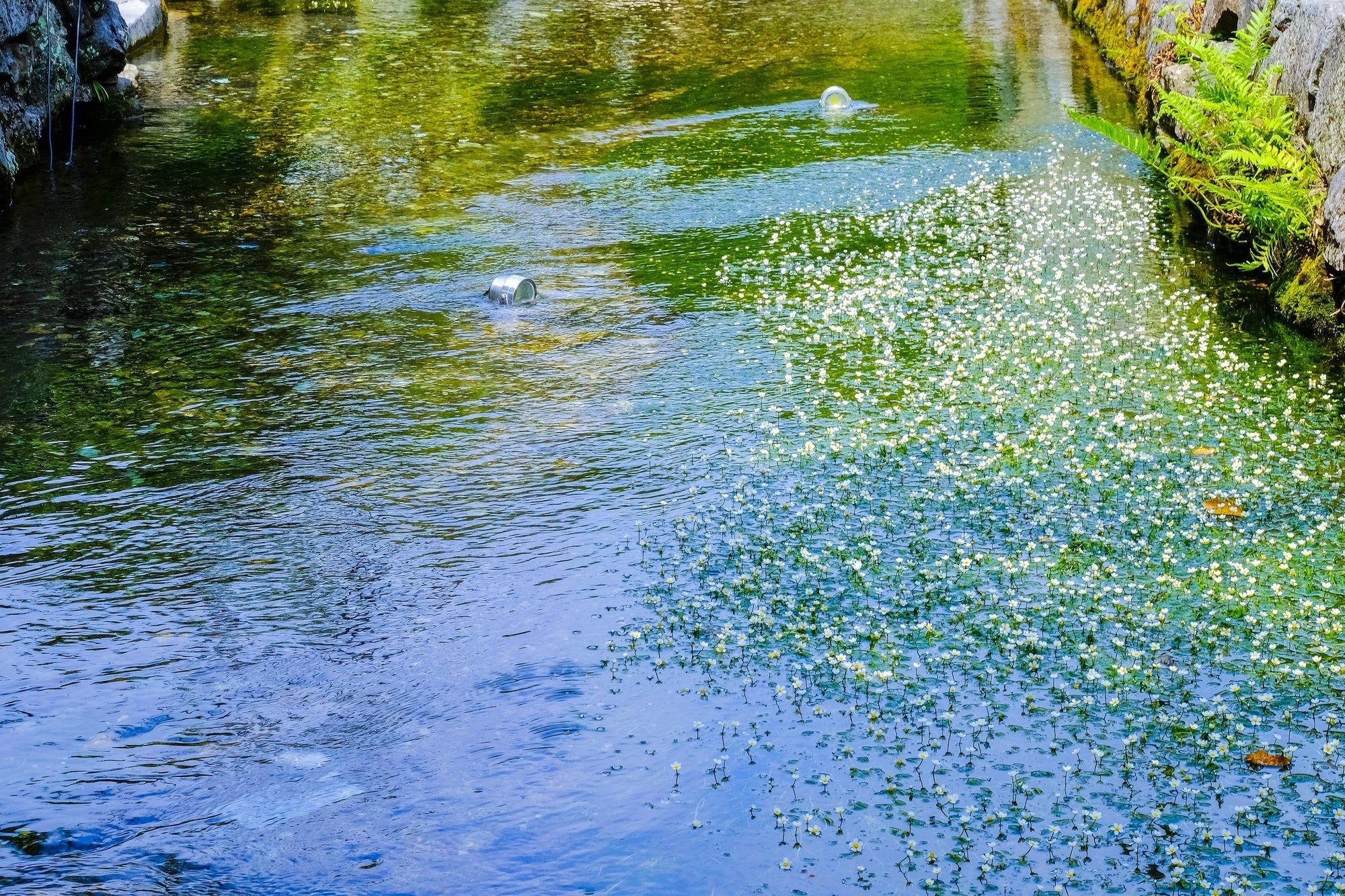 This video, titled "JG 4K 滋賀 醒ヶ井宿の名水とバイカモ Shiga,Samegai fountain and flowers in the water," was released by "JAPAN GEOGRAPHIC."

This video introduces the attractions of Shiga, like the famous Samegai-juku and the Baikamo flowers in the area.
The 61st station on the Nakasendo is famous for its "clean water" which became the origin of its name.
Baikamo is a plant that grows on the bottom of rivers at a water temperature of about 14 degrees, and is famous for its small white flowers that resemble plum blossoms.

In this video, you can see Samegai-juku and the Baikamo in high resolution.