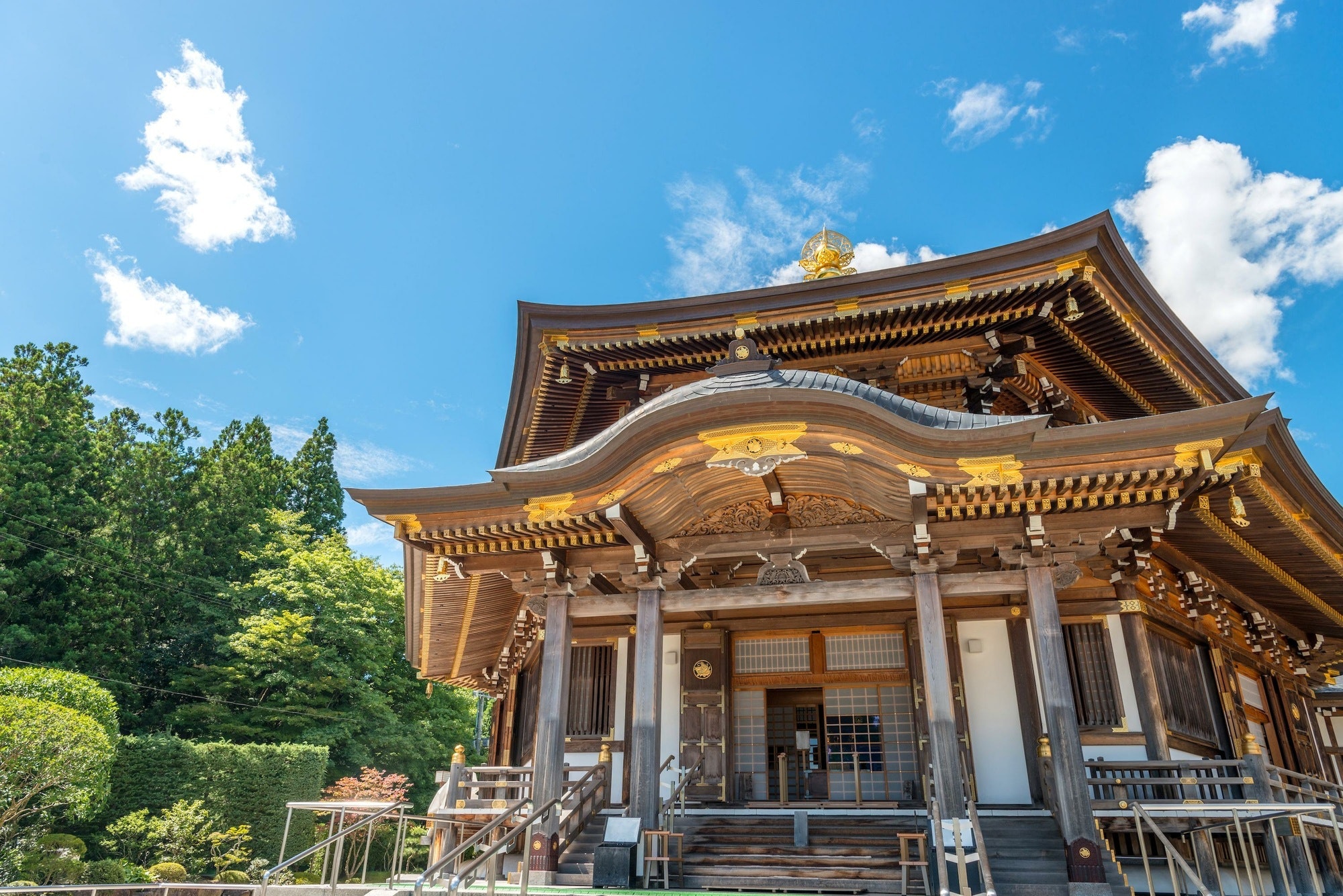 Located in the city of Sendai, Miyagi Prefecture, Saihoji Temple is locally referred to as "Teigi San".
The temple honors a hanging scroll of the Amitabha Buddha, which was brought to the temple at the end of the Heian period by Taira no Shigemori.
Beyond the magnificent temple gate is the distinctive hexagonal main hall.
Be sure to visit the imposing five-story pagoda at Saihoji Temple as well.

You can also spend a leisurely day in the garden near the five-story pagoda while enjoying a cup of green tea.
Situated in the mountains, far from the city center of Sendai, Saihoji Temple is an ideal spot for those who want to get away from the hustle and bustle of the city and relax.