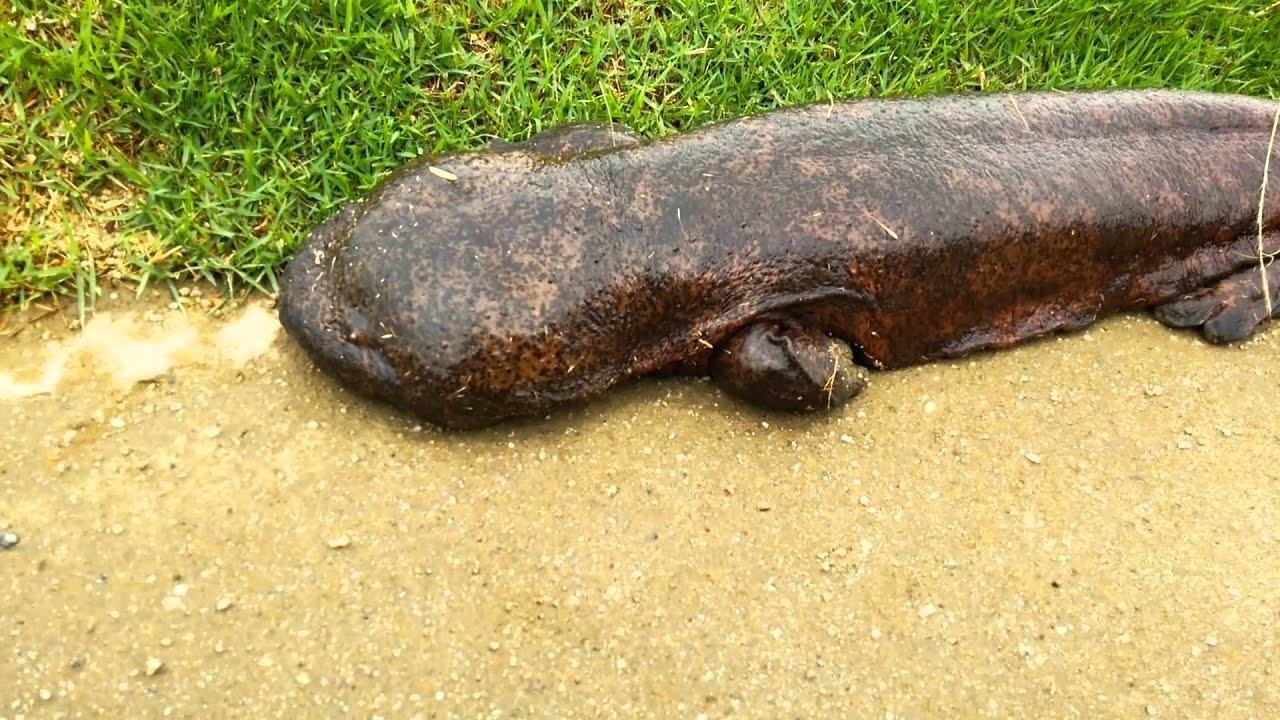 This is a video of the Giant Salamander, a protected species, that appeared in Kyoto's Kamo River.

The giant salamander is the world’s largest amphibian. The characteristics of giant salamanders is their large body, which is approximately 150cm (~5 ft.) long.
Giant salamanders have not changed in form since ancient times, and as such, they are referred to as "living fossils."

What Are Giant Salamanders?

Japanese Giant Salamanders belong to the animalia kingdom, chordata phylum, and amphibia class. They are also referred to as "Hanzaki" in Japanese.
It is an endemic species living in the south western part of Japan.
The mucus giant salamanders secrete on their skin smells like Japanese pepper (Sansho), so they are called "Sansho Uo" in Japanese.

In China, there is a theory that earthquakes occurs when giant salamanders appear.

Are There Many Giant Salamanders Living in Kyoto's Kamo River?

As you can see in the video, giant salamanders are often seen in Kyoto's Kamo River basin.

However, according to genetic research in the Kyoto area, the native species are extinct and the ones currently living in the city are likely to be non-native, hybrids, or a new species.
In Kyoto, heavy rains and typhoons often cause the Kamo River to flood.
After it rains, you can find salamanders that were washed downstream from Kumogahata village.

The video begins with a giant salamander, over 1 meter in length, walking slowly along the path. It stops moving after 0:07, but you can see it slowly raising its head a couple of times.

Giant Salamanders at the Kyoto Aquarium!

At Kyoto Aquarium, there is a special display area of giant salamanders, and if you're lucky, you may even hear their low guttural call. You can also buy stuffed giant salamanders at the aquarium's souvenir shop.

At the aquarium, more research is being done on giant salamanders.
According to studies, the average life expectancy of a Giant Salamander is 80 years, but some live more than 200 years.

Summary of the Giant Salamander at Kamo River

Many of you may have been surprised by the sheer size of the salamander in the video.

There are many reports of salamander sightings along the Kamo River, so it's a good place to stop by when sightseeing in Kyoto.
You can also visit the Kyoto Aquarium to learn more about the biology of the Japanese giant salamander.