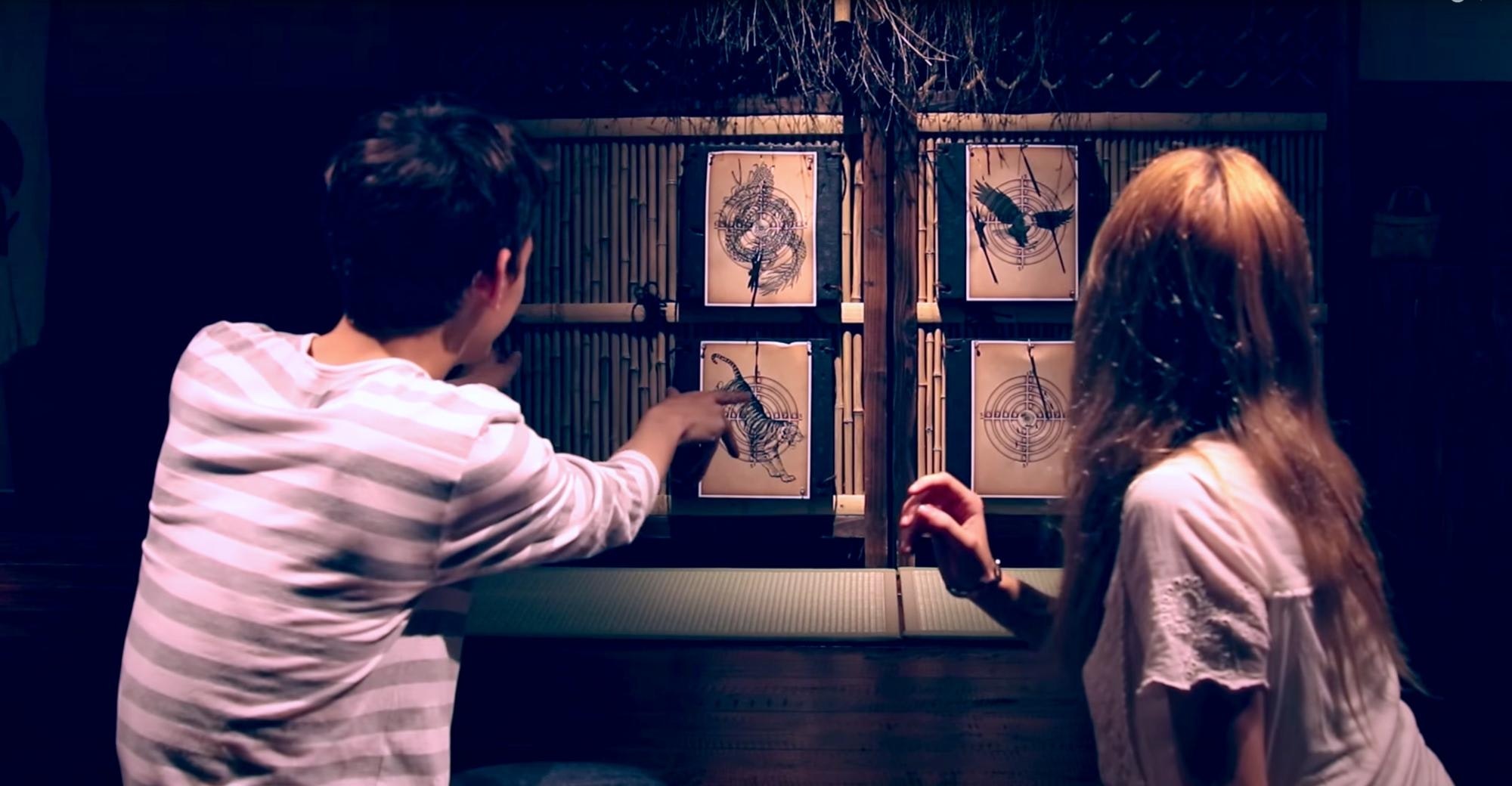 Become a Ninja in Kabukicho! Shinjuku’s “Ninja Trick House” in Tokyo; Located on the Busiest Shopping District in the East!

An Introduction to the Koka Ninja House Where Ninja Actually Lived. Experience the Tricks of the Ninja in This Historical Residence!

Be the Last One Standing in a Fierce Battle To the Death at the Popular Event "Ninja Kassen -SHINOBI-" Where You Can Become a Full-Fledged Ninja! You Might Be the Star of the Next Battle!

A Ninja and Samurai Battle It Out at Haneda Airport! The Whole Thing Is So Awesome That You'll Be Glued to Your Screen as the Pro Stuntmen Fight to the Death!

Powerful Ninja Action Set at a Famous Place in Aichi Prefecture! What Was the Purpose in Aiming for Nagoya Castle?

Ninjas Dancing Through the Streets of Tokyo in an Impressive Performance!

The Impressive Skills of a Kunoichi! Both Beautiful and Brave, This Warrior Isn't Messing Around!

It is said that ninja were active in Japan's Warring States period.
Their activities have been written about in various forms, including novels, comics, movies, and animations.
Presently, ninja are something popular both inside of Japan, and around the world.

Ninjas are beings who use their incredible physical abilities to carry out tasks, such as espionage, subterfuge, infiltration, conspiracy operations, and assassination. Some served warlords, while others worked independently.

The Different Schools of Ninja

When talking about ninja, it's important to distinguish them by their style, or school.
The Iga school and the Koga school are the two most well-known schools.

・Iga School (伊賀流)
The Iga school was based in what is now Iga and Nabari cities in Mie Prefecture and is said to have been involved in a variety of activities.
It is one of the most well known schools of ninja in Japan.
It is characterized by a financial relationship with the client and nothing beyond that.
They also have a ruthless side that does not tolerate desertion or betrayal in pursuit of freedom.
Ninja of the Iga school excel at using their superior physical abilities for surprise attacks, as well as sabotage tactics.
They are also famous for their intelligence gathering abilities.
Hattori Hanzo is the most famous ninja of the Iga school.

・Koga School (甲賀流)
The Koga school of ninja is a school of ninja passed down in the cities of Koga and Konan in Shiga Prefecture.
It is said that the ninja were usually involved in espionage activities while farming and peddling, and sometimes carried out various crafting activities.
Another characteristic of the Koga school was its proficiency with medicine.
In the Bansenshukai (万川集海, All Rivers Merge into the Sea), there is an account of the crude medicines produced by the ninja of the Koga school.
Surviving descendants of the Koga school of ninja established pharmaceutical companies such as The Omi Brotherhood (近江兄弟社).
An essential part of the story of the Kouga school were the ninja manors, which were filled with traps.
Pitfalls to stop attackers or to hide oneself are just a couple examples of the traps set in the house of a ninja.

Ninja are known not only for their martial arts, or "taijutsu" (体術), but also for their mastery of various weapons.
Shuriken, kunai, ninjato, kama, nata, makibishi, and goshiki-mai, are some of the most common weapons and tools.

・Shuriken (手裏剣)
The shuriken is a throwing weapon.
It was used not only to attack the opponent, but also as a means to escape.
There were also ninja who applied poison to shuriken and killed their opponents using them.
The shape of the shuriken varied, and it is said that the killing power was mostly dependent on the shape.
The most famous type of shuriken is the "shaken" (車検) or wheel shaped variety.
Another type of shuriken technique is "Ranteiken," which involves being able to throw any object when necessary, in the same way as a shuriken.
There are other types of shuriken techniques as well, such as "seiteiken" (静定剣) which involves throwing knives or shortswords as opposed to shuriken.

・Kunai (苦無)
The kunai is another famous weapon handled by the ninja. It is unique in that it is shaped like a double-edged knife.
It can be used not only for attacking opponents but also for digging holes in the ground and walls, climbing walls, and many other purposes.

・Ninjato (忍刀)
Ninjato were swords used by the ninja.
It is characterized by its portability and functionality.
The blade is short and has a shape similar to that of a straight sword with only a slight curvature.

・Kama (鎌)
Since the ninja often disguised themselves as farmers, they were skilled in handling kama (sickles), which were used by farmers to cut grass.
They used a weapon called the "kusarigama" (鎖鎌, sickle and chain) and the "shinobigama" (忍び鎌) to cut down their opponents.
The kusarigama could knock away an opponent's weapon or block an opponent's movement with a counterweight attached to the end of the sickle's chain.
On the other hand, the shinobigama was used to assassinate enemies in the form of a sword cane/staff.

・Nata (鉈)
The nata is a blade that is used to chop wood and butcher animals.
It is said that the ninja mastered nata similar to how one would use an axe.

・Makibishi (撒菱)
Makibishi are weapons that can be used to stall or injure an opponent by scattering them on the ground.
Iron and wood are some of the most common materials that Makibishi were made of.

・Goshiki-mai (五色米)
Goshiki-mai, literally "five-colored rice" was color coded rice used to communicate with fellow ninja. The five types of rice, red, blue, yellow, black, and purple, were used to make a code. The reason for coloring the rice was to prevent it from being eaten by insects and birds.

Ninjutsu - An Essential Part of Ninja

・The 5 Wheel Jutsu (五車の術)
The 5 Wheel Jutsu is a ninja technique that attacks the mind.
Ninja used it to trick their opponents or to anger them so that they could no longer make calm decisions.
In some cases, it was used to draw the opponent to their side.

・Tonjutsu (遁術)
Tonjutsu is a ninja technique designed to stop opponents in their tracks.
This involved dazing the opponent with a smoke screen or distract them by making sound in water.

・Hensojutsu (変装術)
The hensojutsu, or transformation jutsu, was used by ninja to take on various forms. It was often used in intelligence gathering operations.
It is an indispensable technique among ninja.

Experience the World of Ninjas

Below is a list of tourist destinations where you can learn all about ninja.

・Shinobi no Sato Ninja Village (忍野しのびの里)
Shinobi no Sato Ninja Village is a tourist attraction in Yamanashi Prefecture.
You can wear a ninja costumes and experience throwing shuriken at the Shuriken Dojo.
At the ninja show, you can enjoy a number of amazing performances.
At the kids ninja training experience, children can practice throwing shuriken and shooting blowguns.
Upon finishing the training, kids will receive a certificate of completion.

・Ninja Kingdom Ise (伊勢忍者キングダム)
Ninja Kingdom Ise is a tourist attraction located in Mie Prefecture.
Here, you can dress up as a ninja and put your body to the test with the 67 different ninja attractions available.
There's also a real-life RPG you can try.
In this event, you become the hero of the story and travel to the Ninja Kingdom of Ise to fight enemies and solve mysteries.

The World of Ninja Is Deeper Than You'd Expect!