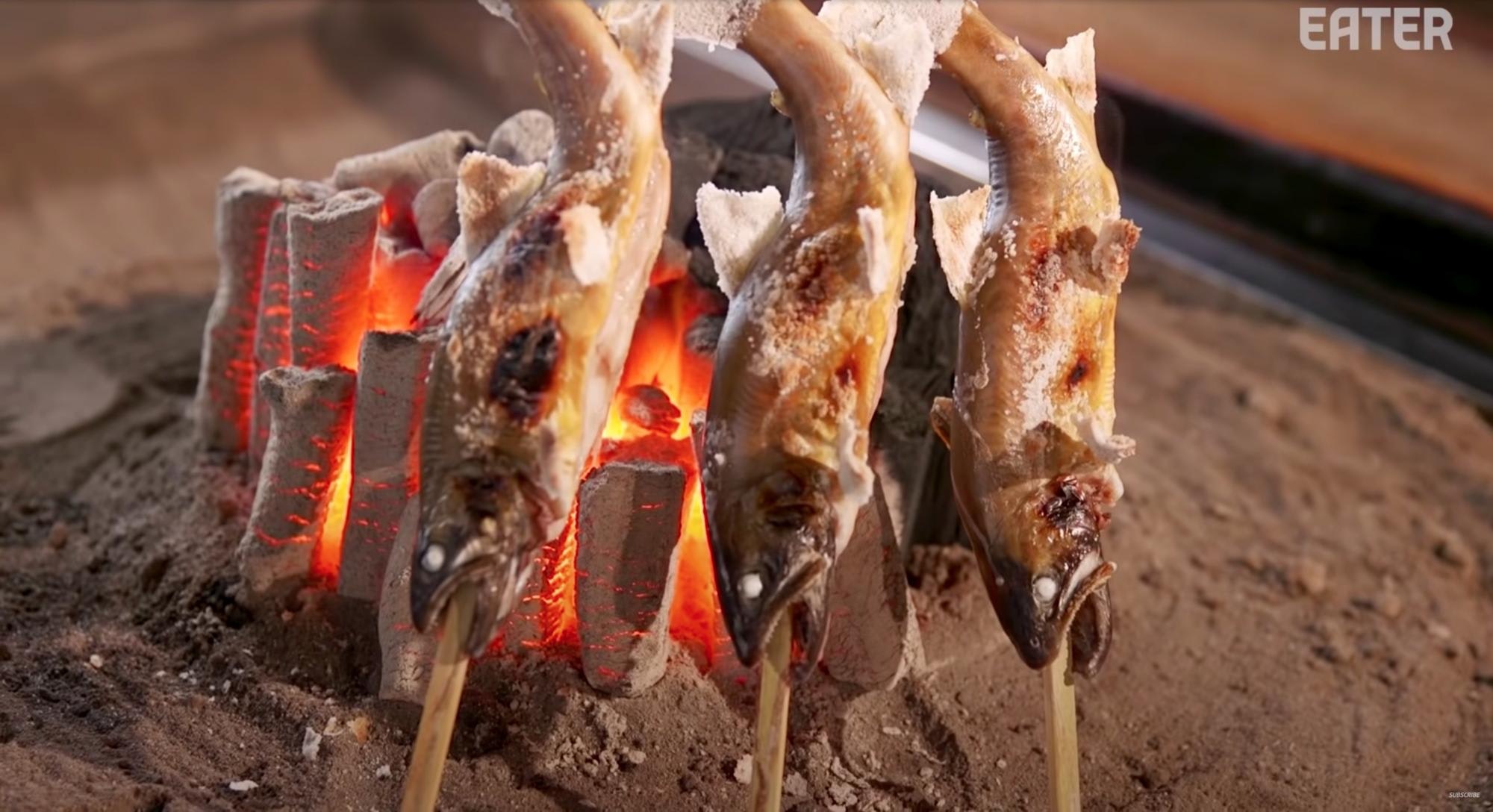 The Most Famous Restaurant in Japan on Tabelog Talks About Its Commitment to Cuisine! Located Deep in the Mountains of Minami, Gifu Prefecture, Yanagiya Is a Famous Michelin-Starred Restaurant With a Reputation for Excellence!

Sushi Chefs and Their Fixation With Edomae Eel! What Is It About the Ingredients, Techniques, and Other Aspects of Japanese Food That Make It So Popular? An Interview With an Artisan at Sushi Kappoueda in Ginza, Tokyo Reveals Their Secrets!

Enjoy the Delicious Japanese Crab Cuisine at Ryokan Ryokusone in Kanazawa, Ishikawa! The Artisanal Cuisine Delights the Palates of Foodies From Around the World!

Onigiri: The Ultimate Japanese Food, Loved by Many. A Look at the Surprisingly Unknown Appeal of This Snack, and How to Make Delicious Tuna Mayo Onigiri!

Tonkatsu - A Popular Japanese Dish That Rakes in Customers! A Look at the Crispy, Juicy Dishes of Fujiki Ningyocho in Chuo, Tokyo!

Japanese Whisky Is Highly Regarded Around the World. Popular Manufacturer Suntory Talks About the Secrets to the Deliciousness of 90 Years of Japanese Whiskey

"Washoku" - A Cuisine Loved Around the World

Among Japan's representative gourmet foods, Japanese food, such as sushi, tempura, sukiyaki and kaiseki cuisine, referred to as "Washoku," has been loved since ancient times.
In 2013, Washoku became the fifth cuisine in the world to be included on UNESCO's list of intangible cultural heritage related to food, following French cuisine, Mediterranean cuisine from Spain, Italy, Greece and Morocco, traditional Mexican cuisine, and Turkish Keskek.

There are four main characteristics of Japanese cuisine and other gourmet delicacies that can be enjoyed in Japan. They are as follows:

① Dishes Utilize of a Variety of Fresh Ingredients and Their Unique Qualities
Japan is a long country stretching from north to south and is blessed with rich natural landscapes, including mountains, villages, and vast oceans that allow fishing and agriculture to flourish.
Throughout Japan's long history, recipes and cooking methods that bring out the best of these fresh ingredients have also been developed.
Local gourmet foods that are unique to each region are also popular as B-grade gourmet (ordinary, yet tasty).

② Dishes Have a Healthy Nutritional Balance
The Japanese style of eating, which is based on one soup, rice and three dishes, is considered to be the ideal nutritional balance.
The use of umami, one of the five basic tastes (sweet, sour, salty and bitter), which expresses flavor, has led to a food culture with less animal fats and oils, which in turn has contributed to longevity and the prevention of obesity in Japan.

③ Dishes Express the Beauty of Nature and the Seasons Unique to Japan
Japan has four seasons, and each season brings color and enjoyment to Japan's beautiful natural landscape.
Japanese cuisine is rich in seasonal variations, using seasonal ingredients, decorating its dishes with flowers and leaves, and making the most of seasonal ingredients.

④ Dishes Have a Connection to New Year's Day and Other Annual Events
Japan's food culture is largely connected to the annual events of the year.
Family and community bonds have been strengthened through foods such as Osechi cuisine.

These are just a few of the many unique aspects of Japanese food that you won't find in other countries.

The Most Popular Japanese Dishes Around the World

Sushi, tempura, and ramen are some of the most popular Japanese dishes, and foreign tourists often line up for authentic Japanese sushi at popular restaurants.

The following are the rankings of everyone's favorite Japanese dishes according to (https://ranking.net/rankings/best-wasyoku-menu)

These Japanese foods or "Washoku," include gourmet dishes that have been imported from abroad and adapted to suit the Japanese taste over time.
Curry rice, ramen, croquettes, omurice, tonkatsu, spaghetti Napolitana, and anpan are some examples of these foods.

Conversely, some Japanese cuisine is composed of ingredients and cooking methods that are not used in Japan and have been altered in other countries.
Sushi is popular abroad as California rolls, spider rolls, and spicy tuna rolls.
There's also teriyaki, crab sticks and other surimi products, teppanyaki and more.

In recent years, the number of restaurants, cafes, hotels, Japanese restaurants, and izakayas where you can eat Japanese food has been rapidly increasing, and more and more foreigners are interested in experiencing authentic Japanese cuisine in their home countries.
According to a ranking of reasons for visiting Japan, "Eating Japanese food" is by far the most common reason for visitors to Japan from each country, with about 80% of visitors to Japan choosing this as their reason.
Especially for sushi; Foreign tourists often line up for authentic Japanese sushi at popular restaurants.

There are many family restaurants in the city that serve Italian, French, and Chinese cuisine adapted for the Japanese palate.

In recent years, convenience store food has been gaining a lot of attention in Japan.
Convenience store gourmet foods include hot foods, onigiri, bentos (boxed lunches), salads, many types of breads, oden, ice cream, sweets, and desserts, all of which are always fresh and inexpensive.
More and more foreigners are posting it as a recommendation on social media as a casual Japanese style food.

Moreover, theme park restaurants and concept restaurants based on the motifs of "kawaii," "robot," and "ninja," have become popular with foreign tourists, allowing them to enjoy Japanese food and entertainment at the same time.
Here are some of the unusual concept restaurants, izakayas, and bars you can enjoy in Japan.

Enjoy Japanese Food at Your Leisure

Other Japanese sweets and gourmet foods are also popular with visitors to Japan as souvenirs, and Kit Kat, which sells many of Japan's local specialty flavors, has become a staple souvenir for tourists to Japan.
Japanese instant ramen and cup ramen are said to be of the highest quality in the world and come in a wide variety of flavors, making them another highly popular souvenir.
In the Philippines, "Seafood Noodles" are especially popular.

At the same, Japanese beverage culture is also spreading abroad.
Sake and shochu are particularly popular overseas, and there are many types of shochu, including rice shochu, barley shochu, potato shochu, soba shochu, and awamori.
Japanese whiskeys and wines are also popular.

Please note that there are certain manners and etiquette that are unique to Japanese cuisine.
It is considered bad manners to eat rice or miso soup without holding the bowls, or to lean over the tableware.
Also, all dishes (with the exception of soups) are typically eaten with chopsticks.

In today's world, you can now easily gather information about these popular Japanese foods through the Internet or on social networking sites.
YouTube and Vimeo are also loaded with videos about them.
There are many highly attractive cooking and promotional videos from all over the country, so you can find your favorite Japanese foods!

COOL JAPAN VIDEOS is a website that introduces the charms of Japan through videos, and introduces many great videos about Japanese cuisine and gourmet food in Japan!