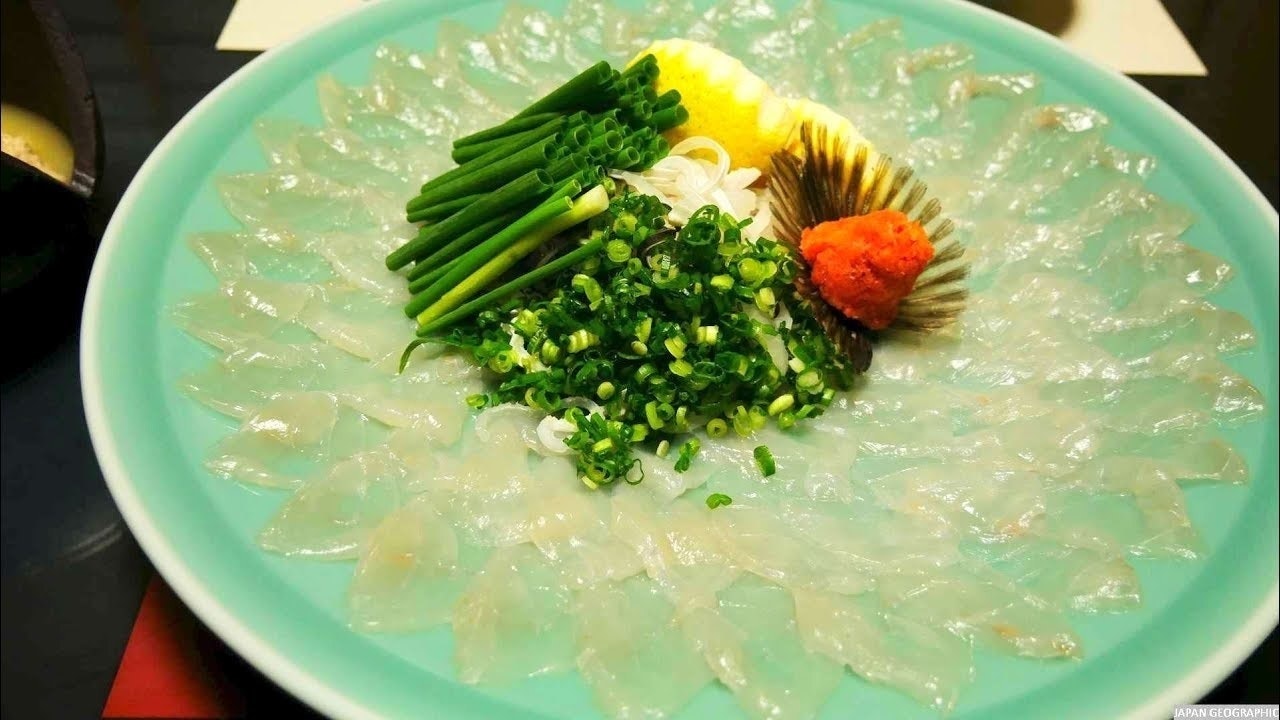 Fugu is a white meat fish that can be enjoyed in a variety of different cooking/preparation styles.
In this article, we'll focus on the fugu of Usuki, popular for its delicious taste and low price compared to other fugu of the same high quality.

A Look at the Various Types of Fugu Cuisine

Shimonoseki City in Yamaguchi Prefecture is famous for its fugu, which has come to be eaten mainly in western Japan, in places like Yamaguchi, Kitakyushu, and Osaka.
It is said to have spread all over Japan after World War II.
In Osaka, fugu dishes are also called "teppo ryori" (テッポウ料理) or "tetsu ryori" (テツ料理).

Because of the presence of toxins (particularly tetrodotoxin) in the liver and organs of fugu, it is mandatory to obtain a license from the local government to process fugu poison.

The season for fugu is said to be late September to mid-March, which is essentially winter, but in recent years, fugu has become available frozen or cultured throughout the year.

Fugu dishes are usually served as a course, and the main types of dishes are:
・Fugu Sashimi (ふぐ刺し, called "tecchiri" in Osaka): Sliced fugu sashimi so thin that you can see the other side [Video: 0:33~].
・Fugu Roe Cuisine (白子料理): Fugu ovaries baked, fried, or made into soft roe tofu [Video: 1:03~].
・Fugu Hot Pot (ふぐ鍋, called "fugu chiri," or "tecchiri" in Japan’s Kansai region): A hot pot of fugu fillet, vegetables, etc. [Video: 1:37~].
・Zosui (雑炊): A dish of rice and beaten egg made in the remaining broth after eating fugu hot pot [video: 1:47~].
・Karaage (唐揚げ): Deep-fried fugu meat.
・Nikogori (煮凝り): A dish in which the collagen from the skin of the fugu is hardened into a jelly-like substance.

Fugu sake is also enjoyed with fugu dishes.
Dried fugu fins are especially popular as "hire-zake" (ひれ酒, lit. fin sake) which is made by roasting dried fugu fins and adding them to hot sake.

The fugu seen in the video is a firm-fleshed fugu raised in the fast-flowing Bungo Channel.
Usuki City in Oita Prefecture is so popular that people from all over the country come here to eat fugu because of its location, which allows one to enjoy it while it's still fresh and at reasonable prices.

There are around 20 restaurants in Usuki that serve fugu dishes.
The one featured in the video is Shikitei Mieno.
The fugu course is served in a spacious Japanese room on the second floor.
At 0:33 in the video, a large plate of fugu sashimi is shown.
It's a beautiful dish of sashimi with slices so thin that you can see the plate through the flower-petal-shaped arrangement.

Other fugu dishes introduced are fugu with dressed skin, fugu sushi, fugu steamed in soy milk, fugu dumplings, karaage fugu, fugu hot pot, and zosui.
These include small dishes of rice, pickles, and dessert for 8,000 yen, a price that can only be found in Usuki.
There is also a smaller portion size fugu kaiseki (会席) available.

This article introduced the appeal of fugu cuisine and the secrets behind the popularity of Usuki's fugu.
Zosui is a special treat you can enjoy after getting your fill of fugu!
Be sure to check out the delicious fugu cuisine in the video if you still haven’t yet.
It’ll give you an idea of what Kyushu cuisine is like!