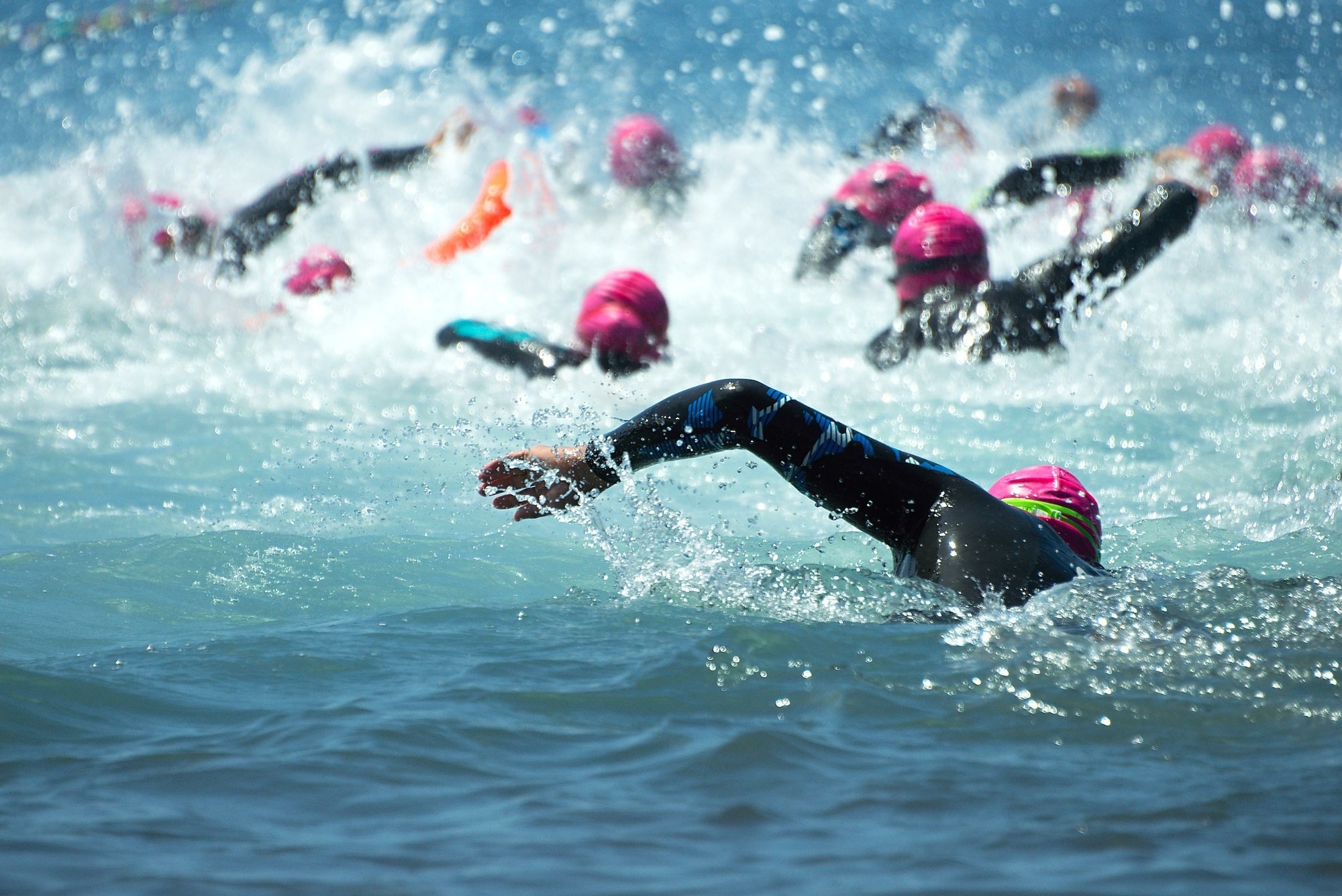 The All Japan Triathlon Miyakojima!

This is a video of the 35th All Japan Triathlon Miyakojima, released by Ryukyu Shimpo.

1,700 athletes participated in the rigorous competition in Miyakojima, Okinawa, on April 14th, 2019; Some aiming for glory, and others aiming to just finish.
Starting at Yonaha Maehama Beach, athletes rushed through the 3 events, swimming, biking, and running through the 202.195 km course, to the goal at Miyakojima City Track and Field. With voices of cheering spectators on the roadside giving them strength.

A triathlon is a sport that involves swimming, cycling, and running. The international distance (used at the Olympics) is 51.5 km long. However, the Miyakojima triathlon is not a normal triathlon. It is classified as an Ironman Triathlon, and covers a total distance of 202.195 kilometres- 3 km swimming, 157 km cycling, and 42.195 kms running.
The origin of its name is the combination of the suffix tri, meaning 3 in Greek, and athlon which means "an event."

The history of triathlons is relatively short, with the world’s first triathlon held in San Diego, California in 1974.
After that, events, such as the World Championship series and World Cup, started to be held in various places.

Triathlons Are a Brutal Sport!

There are other kinds of triathlon, for example the standard distance mentioned earlier, as well as the Sprint-Distance (27.75km), and the Ultra-Triathlon (226km).

The Triathlon, which consists of 3 events- swimming, cycling, and running, is a brutal race, and the name "Ironman" fits it quite well.
Because of this, the All Japan Triathlon Miyakojima is also called "STRONGMAN."

The All Japan Triathlon Miyakojima

The All Japan Triathlon Miyakojima is an event held in Miyakojima, a popular resort location in Okinawa.
As seen at 0:08 in the video, the race starts from Shimoji Miyakojima City Yonaha Maehama Beach, known as a diving spot, and the course goes around Miyakojima’s sightseeing spots, finally finishing at Miyakojima City Track and Field, as seen from 1:10 in the video.

Summary of the All Japan Triathlon Miyakojima

When traveling to Ishigakijima or Miyakojima, be sure to stop by the All Japan Triathlon Miyakojima course!

If you are interested in sports, you can train for the All Japan Triathlon Miyakojima, and get wetsuits and marathon clothing in preparation!