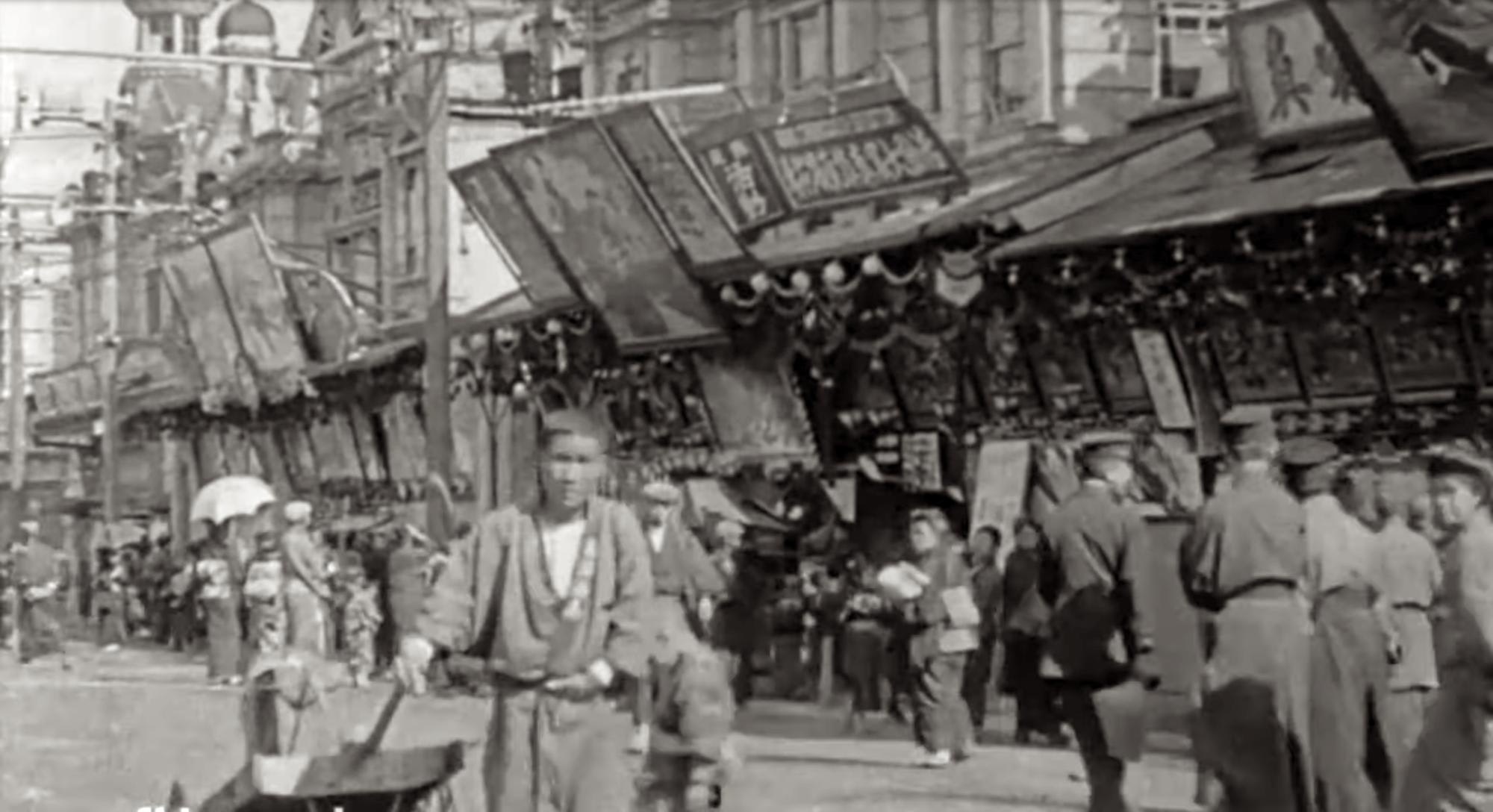 Rare Footage of Tokyo From More Than 100 Years Ago!

This video, titled "Footage of Tokyo From More Than 100 Years Ago (With Sound)" (東京の昔の映像 （音声あり）), was uploaded by "Final A."

Have you ever wondered what life was like in Tokyo more than 100 years ago?
Perhaps you've seen pictures in textbooks or studied it at school, but probably very few people have seen actual footage of what life was like back then.

The Lives of Tokyoites More Than 100 Years Ago

From 0:04 in the video, you can see many people walking around dressed in hakama (袴).
You can also see children playing with a ball called a "mari" (毬) from 2:59.

At the time, it was common for children to spend their days playing with traditional toys such as a mari (temari).
As you can tell from the video, at the time, the majority of people were dressed in what would be considered traditional Japanese style clothing today.
The streets were lit using fixed paper lanterns called "andon" (行灯).
The population of Tokyo at the time was approximately 3 million.
The population of the whole of Japan was approximately 50 million, less than half of what it is today.

From 2:42 in the video, you can see how the area around Senso-ji temple (浅草寺) in Asakusa (浅草), Tokyo was just as busy then as it is nowadays.

The Taisho period lasted only 15 years (1912-1926) but is well known because of the Great Kanto Earthquake (関東大震災).
Many other important events also took place during the same time period.
The most famous of those being World War I which started in 1913.

In 1914, the first department store "Mitsukoshi Gofukuten" (三越呉服店) (currently known as Nihombashi Mitsukoshi Main Store) opened in Japan, and the familiar lion statue, as well as escalators and elevators quickly became the talk of the town.
At the time, the toy industry and product development were flourishing and it was the beginning of modernization in Japan.
Tokyo Station (東京駅) was also opened in 1914.
The station must have been very crowded at the time due to the large number of passengers travelling to and from the station.

More About the History of Tokyo

In 1886, Tokyo prefecture (currently known in Japanese as Tokyo-to (東京都) was given the name Tokyo-fu (東京府).
From the beginning of the Taisho period, there was a dramatic increase in the population of Tokyo.
During the Meiji period (明治時代, meijijidai), the Tokyo area changed a great deal as Japan changed from being a country of agriculture to a country focused on industry.

In the video, you can see that the most common mode of transportation was the rickshaw, however, the rickshaw was gradually replaced with bicycles and cars.
At the time, there were many water wells in Tokyo and the water quality was also very good.

Summary of Tokyo From 100 Years Ago

Even if you aren't Japanese it's easy to feel a sense of nostalgia from this video.
This rare footage offers a glimpse at what life was like over 100 years ago in Japan.
It's invaluable footage that really allows us to see how far Japan and the rest of the world has come in such a short time.