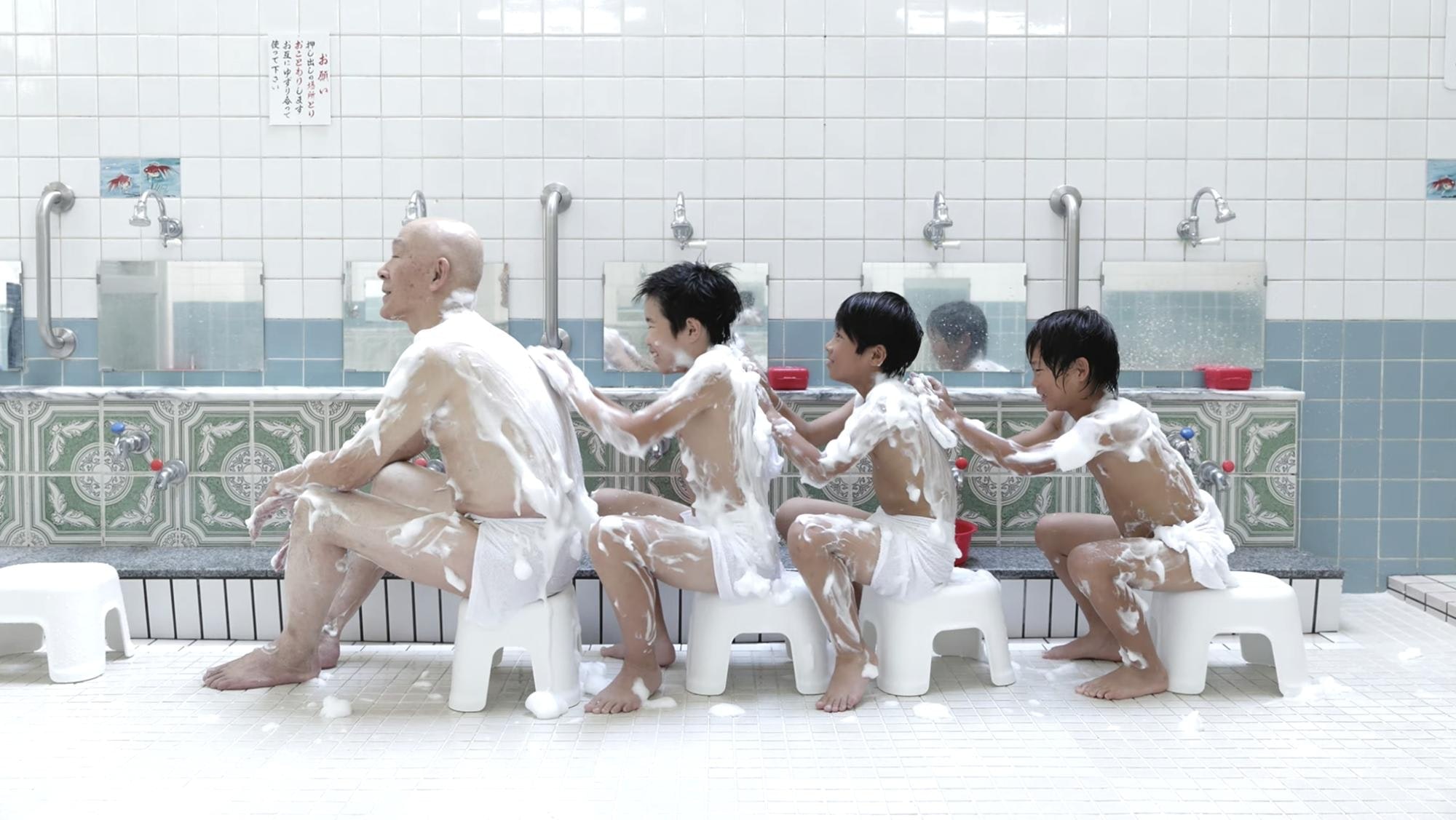 This video, titled "Boys Stepping Into a Public Bath for the First Time. Cow Soap Commercial 'My First Trip To a Sento Bathhouse'" (銭湯、そのレトロ空間に初めて足を踏み入れた少年たちは…？牛乳石鹸CM「はじめての銭湯」篇), was released by "moviecollectionjp."

Public baths, or "銭湯" (sento) in Japanese, are one of many Japanese cultures.
There are many people who know the word "sento" but have never actually been to one.
As the number of sento open for business decreases year after year, the opportunity to actually visit a sento for a bath is dwindling.

To promote "Good Bath Day" on November 26, this video introduces the charms of Japan's sento.
If you're interested in Japanese traditional culture, be sure to give it a watch!

This video will help you learn how to enter a sento and what to be mindful about.
If you're thinking about going to a sento in Japan, this video is a good place to start.

In public places, such as sento, people are expected to behave in a respectful manner.
Japanese and English subtitles are displayed at key points, so overseas travelers can easily understand what's happening.

Learn How to Enjoy Japan's Sento in the Video

When you enter the bathhouse, the first thing you need to do is put your shoes in a locker, as shown at 0:19 in the video.
Be sure not to lose the key!
After paying the clerk, it's time for a bath!

From 0:47 in the video, you can see children washing their bodies.
At sento, it's good manners to wash your body before soaking in the baths.
From 0:59 in the video, you can see adults and children helping to wash one another's backs, which is another charm of Japan's sento culture.
It’s also important to follow proper etiquette, such as not entering the baths with a towel, and not diving into the water.

After you've enjoyed your time at the bathhouse, there are certain manners to follow when getting out of the baths, such as putting away any buckets, etc. you used and wiping your body off properly.

You can see a massage chair at 1:50 in the video.
You can use these after a bath to revitalize your body.

The video ends with the children bidding farewell to the woman at the booth.
It's important to maintain good manners with people, not only in Japan's sento but when using other public facilities as well.

So What Kind of Place Are Japan's Sento Exactly?

Photo：A cypress bath and bucket at a sento

Sento are public bathhouses in Japan.
They are also called furoya (風呂屋) or yuya (湯屋) in Japanese.
At sento, a boiler is used to boil a large amount of water, and tall exhaust chimneys are often a feature of a sento.

Another appeal of Japan's sento is that you can enjoy a variety of baths, including cold water baths, denkiburo (baths with a slight electric current), waterfall baths, jet baths, medicinal baths, open-air baths, saunas, ganban'yoku, and more.
Large scale public bathhouses are called "Super Sento" and often offer meals and other services.

Another feature of public bathhouses is that the walls are generally decorated with special paintings and tiles.
When you visit Japan, be sure to take a relaxing soak while enjoying the beautiful decorations of the bathhouse.

The Roots and History of Japan's Sento

It is said that sento originate from the time when Buddhism was introduced to Japan.
The reason sento were built was for monks to cleanse their bodies.
Bathhouses were set up in temples and were popular not only among monks, but also among the impoverished.

Japanese culture is very profound, and sento are no exception.
Before you actually visit a sento, be sure to check out this video to learn the manners and rules of Japan's public bathhouses first.
By doing so, you're sure to have a wonderful time at Japan's public baths!