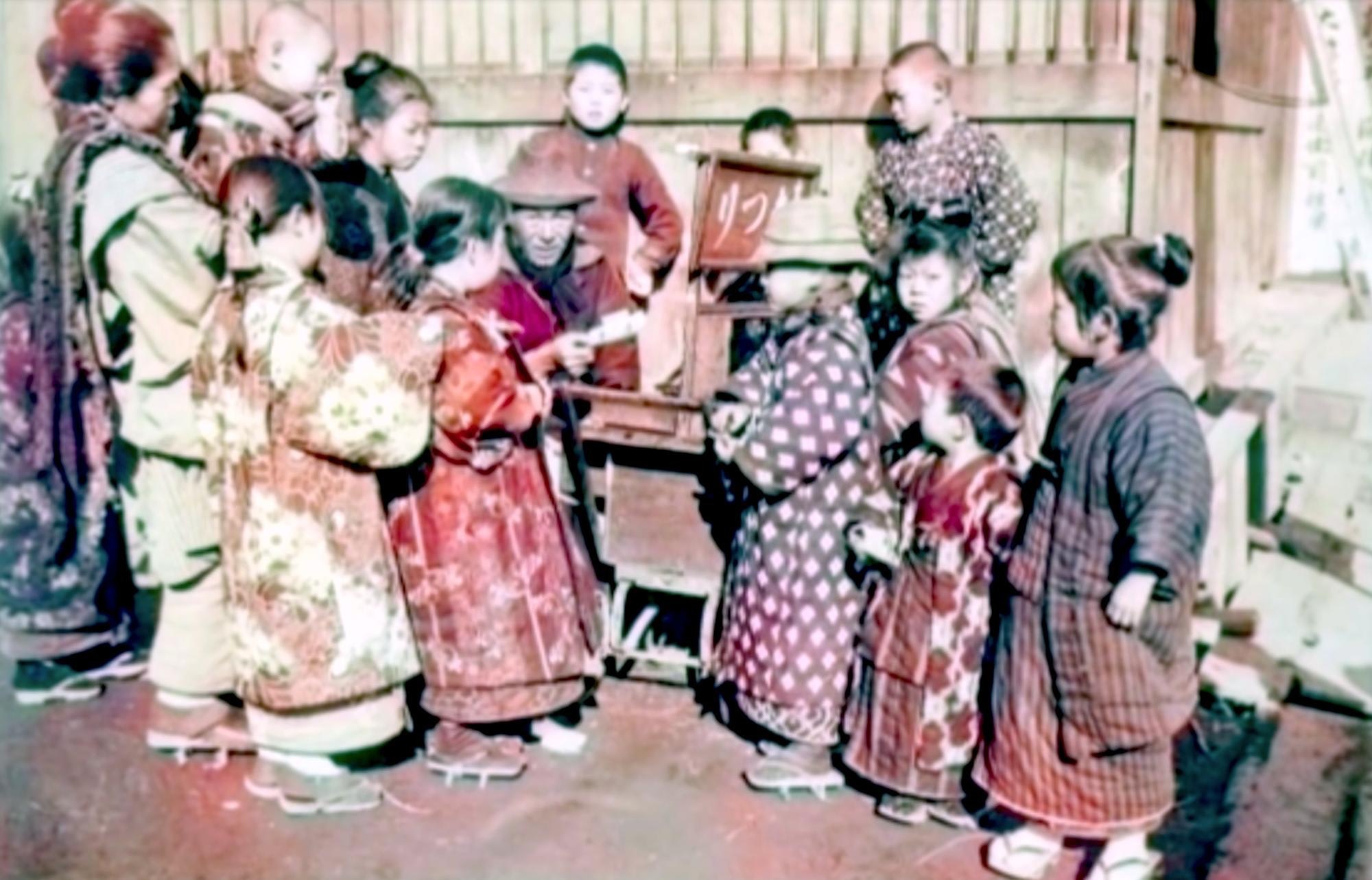 The Lives of Ordinary People in the Taisho Era!

The song used in the video is "Akatombo," a famous Japanese nursery rhyme written by Miki Rofu, and composed by Kosaku Yamada.
Before the war and during the First World War, the photographic techniques were not very well developed, so these photos are quite invaluable.

Please enjoy the life of Japanese people that has been passed down to the present day through about 2.5 minutes of video.

The Taisho era was about 100 years ago, during the reign of Emperor Taisho from July 30, 1912 to December 25, 1926.
During this period in Japan, after the Meiji Restoration, "Taisho democracy" aimed for the development of democracy.

Also, World War I occurred during the Taisho era.
The Taisho era is a short period of only 15 years, but it is also an indispensable period for talking about modern Japanese history.

The Clothes, Food, and Lifestyles of the Common People in the Taisho Era

Clothes fashion appeared in the Taisho era, but many people still wore kimonos.
At 1:16 in the video, a woman washing a kimono in the river is also shown.
As you can see in the pictures, men usually have short hair and women generally have one hairstyle.
At 0:28 in the video, there is also a figure of an easy-going fortune-teller on the roadside.

At 0:35, a man knitting a basket of traditional handicrafts is photographed, and at 0:44, traditional Japanese daruma making is shot.
In addition, the video features a series of photographs that show how people lived in Japan at the time.
The hearth shown at 1:08 in the video, was indispensable for the lives and meals of the common people, and helped them survive the harsh winters.

Also introduced at 1:56 is a performing arts culture called monkey loops.
It was a recreation among ordinary people at the time without TV and internet.

This time, we introduced a video showing photos of life in the Taisho era.
You can see how the common people lived at the time from the precious photographs.
Many smiling people appear in the photos.

In the Taisho era, a war broke out and forced many people into poverty, but even still, their hearts remained rich.