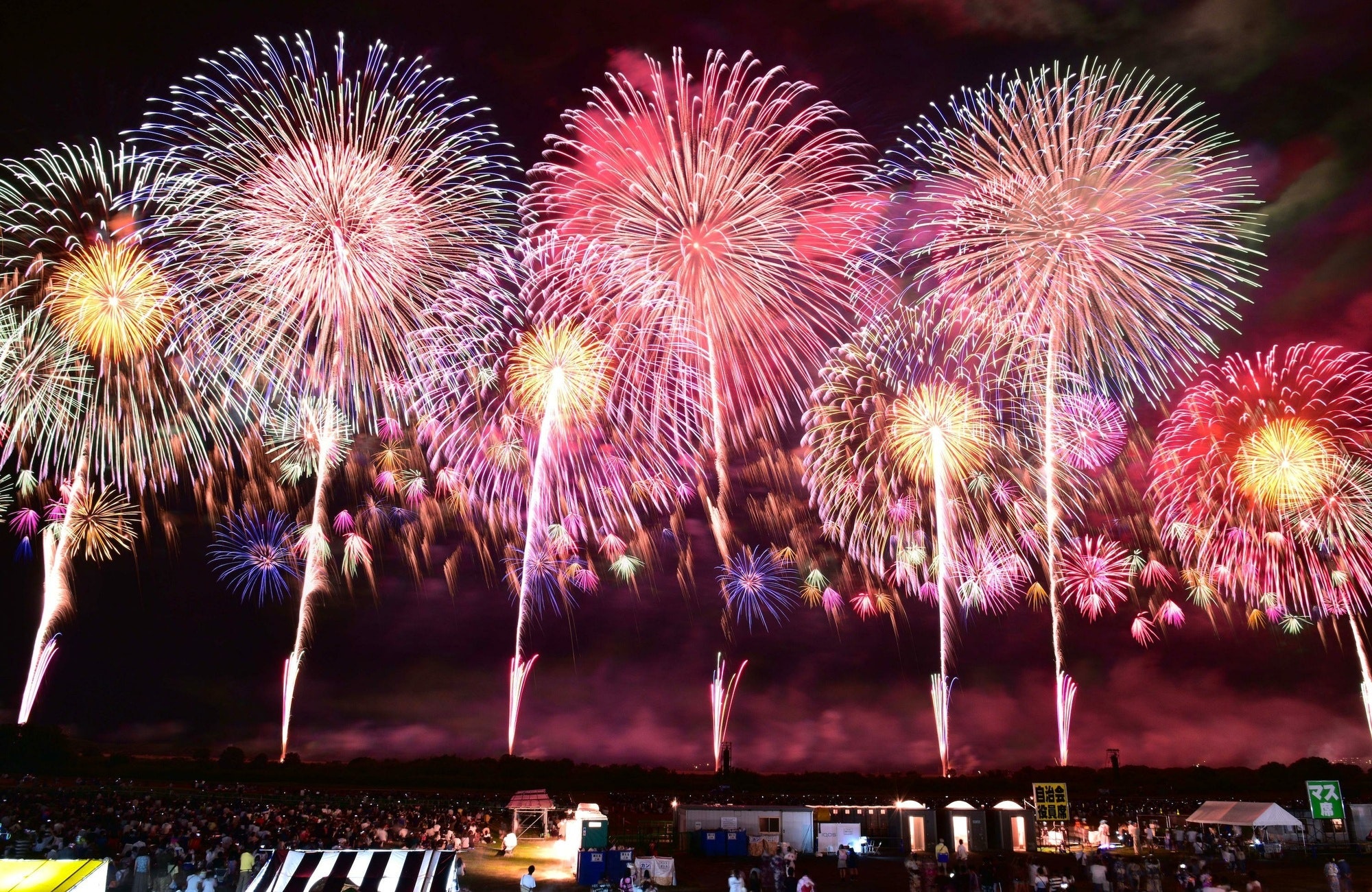 A Look at the 2018 Sakata Fireworks Show

The event dates back more than 90 years to 1929 when it was held in celebration of Sakata Port being designated a major port known as a "Class 2 Critical Port" (第二種重要港湾) in Japan.
It is one of the most recognized events in Yamagata prefecture.

Highlights of the 2018 Sakata Fireworks Show

The Sakata Fireworks Show is full of excitement!
From the large-scale Shakudama fireworks (尺玉) to the simultaneous over-water and mid-air Starmine fireworks, there are a variety of fireworks for you to enjoy.
From 11:55 in the video, you can also see the Wide Starmine fireworks which cover the same distance (approximately 2km) as the "Phoenix" fireworks of the Nagaoka Fireworks Display (長岡花火), which is famous as one of the three largest fireworks displays in Japan.
Another popular type of firework, "Niagaras," can be seen from 12:57 in the video.
From the opening to the grand finale, you won't be able to take your eyes off of this amazing fireworks performance even for a moment!

In 2018, the Sakata Fireworks Show was especially entertaining, as it featured even larger fireworks launched together with wide starmines!

Access To Mogami River, Where the Sakata Fireworks Show Is Held

On the day of the fireworks show, there is a shuttle bus (bus fare required) from JR Uetsu Line Sakata station (JR羽越本線酒田駅) that will take you straight to the venue in around 10 minutes.

For those travelling by car, take Japan National Route 7 (国道７号) from the Nihonkai Tohoku Expressway Sakata Interchange (日本海東北自動車道酒田IC) and head for Sakata City.
It's an approximately 8 km drive.
There's parking available near the venue as well. However, please keep in mind that it can get very crowded on the day of the fireworks show.

Sightseeing Near the Mogami River

There are many sightseeing spots for you to enjoy around Sakata, Yamagata!
One of the most popular spots is "Sankyo Soko" (山居倉庫); which is an area with historic rice storehouses that have been the filming location for several tv dramas and movies.
There's also Japan first photography museum "Domon Ken Kinenkan" (土門拳記念館), and the filming location for the 2008 film "Departures," so consider enjoying some sightseeing before the fireworks show begins!

Other popular spots include Iimoriyama Park (飯森山公園), Homma Museum (本間美術館), and the Oranda Senbei Factory (オランダせんべいFACTORY).
A guidebook will help you find your way around all of the tourist spots in Sakata city!

Summary of the Sakata Fireworks Show

In this article we introduced Tohoku's famous Sakata Fireworks Show.
There are special viewing seats available that can be purchased online or you could always try to find your own special viewing spot with a great view of the fireworks!

If you enjoyed watching the video, we highly recommend going to see the Sakata Fireworks Show in person where you can enjoy the entertaining performance of music and fireworks!