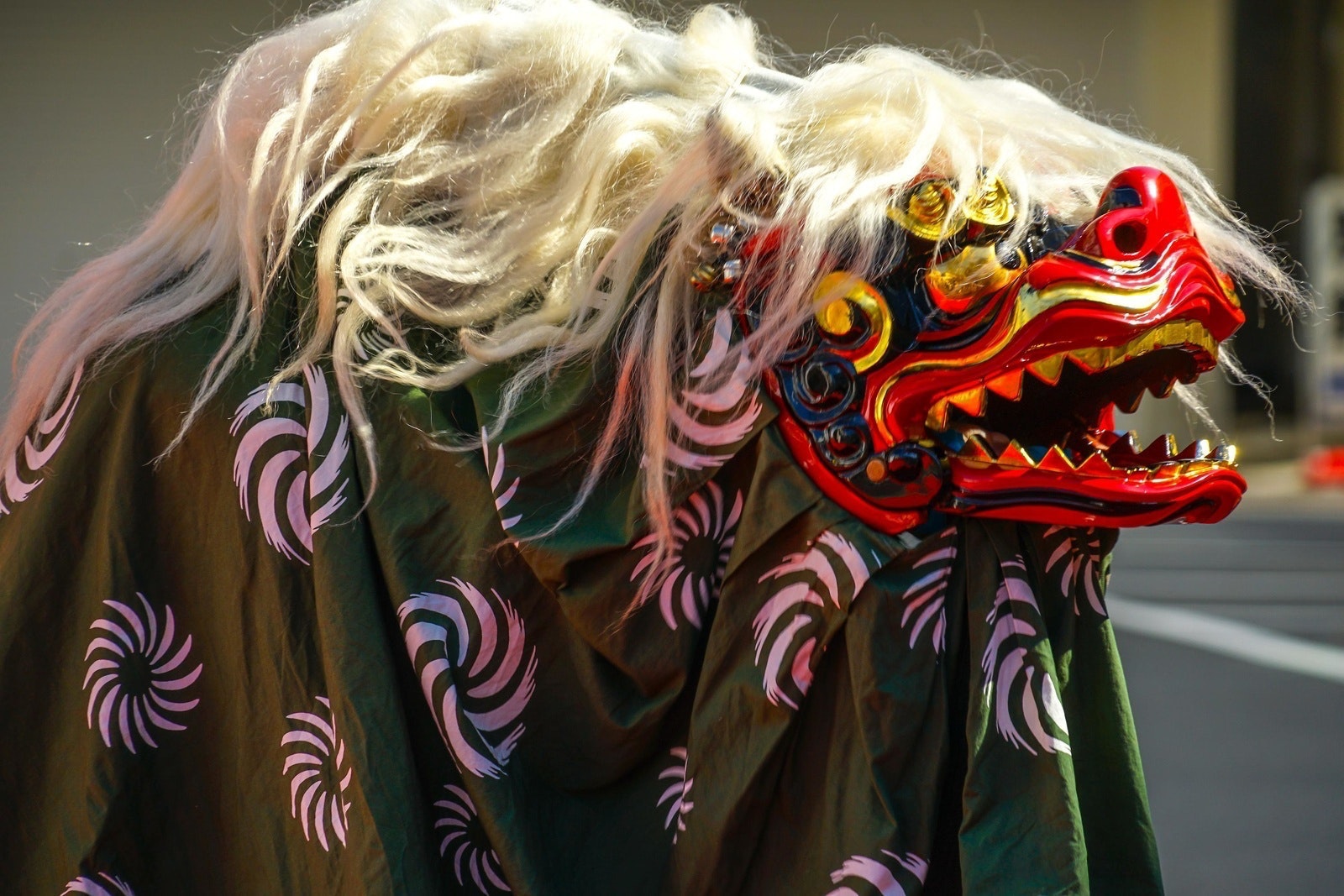 There are various regional events and festivals in autumn every year in Ako, Hyogo in Japan's Kansai Region.
The Ako Lion Dance, performed by the members of the Western Nitta Lion Dance Preservation Society (新田西部獅子舞保存会), is especially popular as it is vigorous and has a long history in the area.

The Ako Lion Dance parades through the approaches to shrines and temples.
Take in the traditional Japanese atmosphere through the video, which shows the lion dance, a traditional cultural event in Ako in the fall.

Don't Miss the Dynamic Movement of the Ako Lion Dance!

The Autumn Festival of Hiyoshi Shrine in Nitta District is held annually in October in Ako City, Hyogo Prefecture. During this lively festival, the Ako Lion Dance, performed by the Western Nitta Lion Dance Preservation Society, parades throughout the city.
The festival begins with the "welcome of the gods"(0:19).

A mischievous wild lion is skillfully led by a Tengu, a sort of Japanese goblin often found in folk tales.
At 0:41, after “the purification of the lion head and Tengu mask” takes place, it's time to leave for "Hanamai," which parades through the city of Ako (0:53).

The highlight of the festival is "dochu mai" (1:58); while the rituals are being performed at Hiyoshi Shrine, the lion dance troupe takes its time to move along the approach to the shrine.
After the ritual is over, they run up to the worship hall and the dedication dance begins. The Ako Lion Dance is descended from Ako Hachiman Shrine in Ozaki Districtand is characterized by slow movements during "dochu mai" and intense movements during the dedication dance at the main shrine.

So Much to See and Do at the Ako Autumn Festival!

In addition to the lion dance dedication by the Western Nitta Lion Dance Preservation Society, various events are held in Ako, such as an exorcism ritual and a children's mikoshi (portable shrine).

Summary of the Ako Lion Dance

The Ako Lion Dance is an important traditional ritual, and the Western Nitta Lion Dance Preservation Society has long been honing their skills to preserve the culture.
Succession of traditional culture is a significant theme of traditional Japanese festivals.
Visit the Ako Autumn Festival and experience Japanese culture through vigorous lion dances!