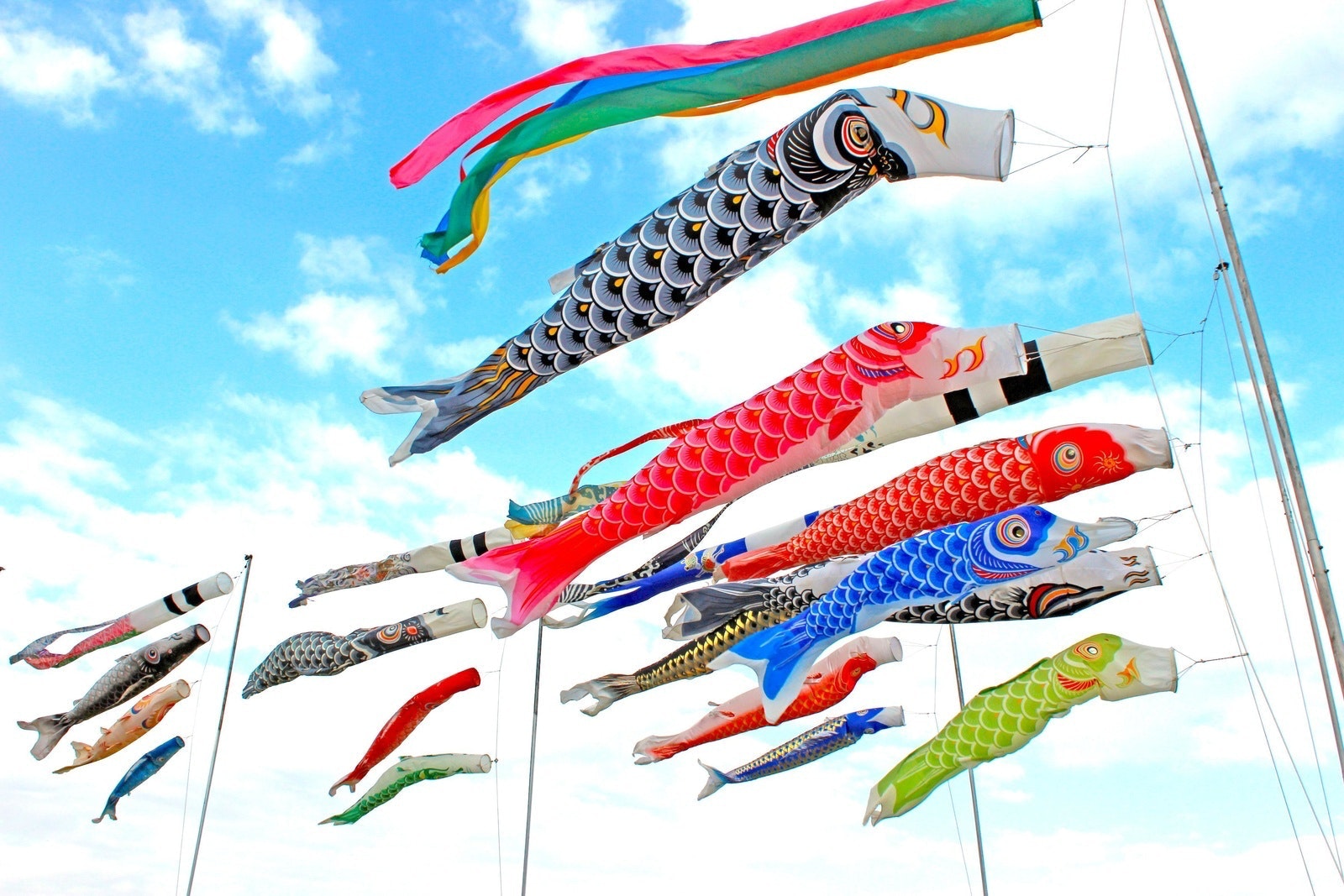 The Gorgeous Carp Streamers of Kazo Saitama; One of the Few Carp Streamer Towns in Japan. The History of These Handmade Crafts and How They're Made!

What Are Traditional Japanese Crafts?

Traditional crafts are made from materials produced in each region of Japan and have been produced for many years using traditional techniques and craftsmanship.
Traditional Japanese crafts are regulated by the Act on the Promotion of Traditional Craft Industries as follows.

1. They are items mainly used in daily life.
2. Major parts of the manufacturing process are done by hand.
3. They are manufactured using traditional techniques and technologies.
4. They use traditional raw materials.
5. Production areas have been established in specific locations.

It is said that there are currently more than 1,300 types of traditional crafts in Japan.
Of those, 235 are designated by the Ministry of Economy, Trade and Industry (METI) as "Traditional Crafts" with the new additions of "Gyoda Tabi," "Edo Sashie," and "Naniwa Honzome" in November 2019.

A Look at Some of Japan's Traditional Crafts

All of the 47 prefectures in Japan have a variety of registered traditional crafts, with Kyoto Prefecture having the most, followed by Tochigi, Fukushima, Shimane, Ibaraki, Shiga, Tokyo, Yamagata, Kagawa, and Mie Prefectures.

Aside from the famous crafts on the list of our most popular recommendations, many people buy traditional crafts as souvenirs, gifts, and presents, as they can learn about Japanese culture and the spirit of Wabi-Sabi and feel the splendor of Japanese craftsmanship. Japanese crafts are also popular among visitors to Japan as a Japanese art form.

The following is the ranking of traditional Japanese crafts that are appreciated as gifts and souvenirs for foreigners, as announced by Japan Prize Corporation in "Tips for Choosing Gifts for Overseas Business Trips That Won't Fail!"

Edo Kiriko - One of Japan's Most Popular Traditional Crafts

Here, we'll introduce "Edo Kiriko," an especially popular traditional Japanese craft.
Kiriko (faceting) is a technique that involves cutting the surface of glass.
Edo Kiriko dates back to 1834, approximately 200 years ago, when a glassworker in Odenma, Edo, used sand to cut the surface of foreign glassware brought in by the Portuguese.
Perry was astonished by the beauty and delicate design of this cut glass piece when it was presented to him as a gift during the arrival of the Black Ships in 1853.
During the Edo period, Edo Kiriko was sold for daily use, including glassware and goldfish bowls, as well as glass tableware.

In recent years, more and more foreigners have come to Japan to experience traditional craftsmanship through hands-on tours.
The following is a ranking of the most popular "Cultural Experiences and Hands-on Experiences" by Activity Japan

As you can see, traditional Japanese crafts are very popular among foreigners, but in reality, they have many problems due to the emphasis on history and quality.
Further problematic is a lack of young people to take over the crafts, a shortage of domestic raw materials, and the high cost of traditional Japanese crafts compared to competing products made in developing countries.

COOL JAPAN VIDEOS is a site that introduces the charms of Japan through videos related to traditional Japanese crafts!