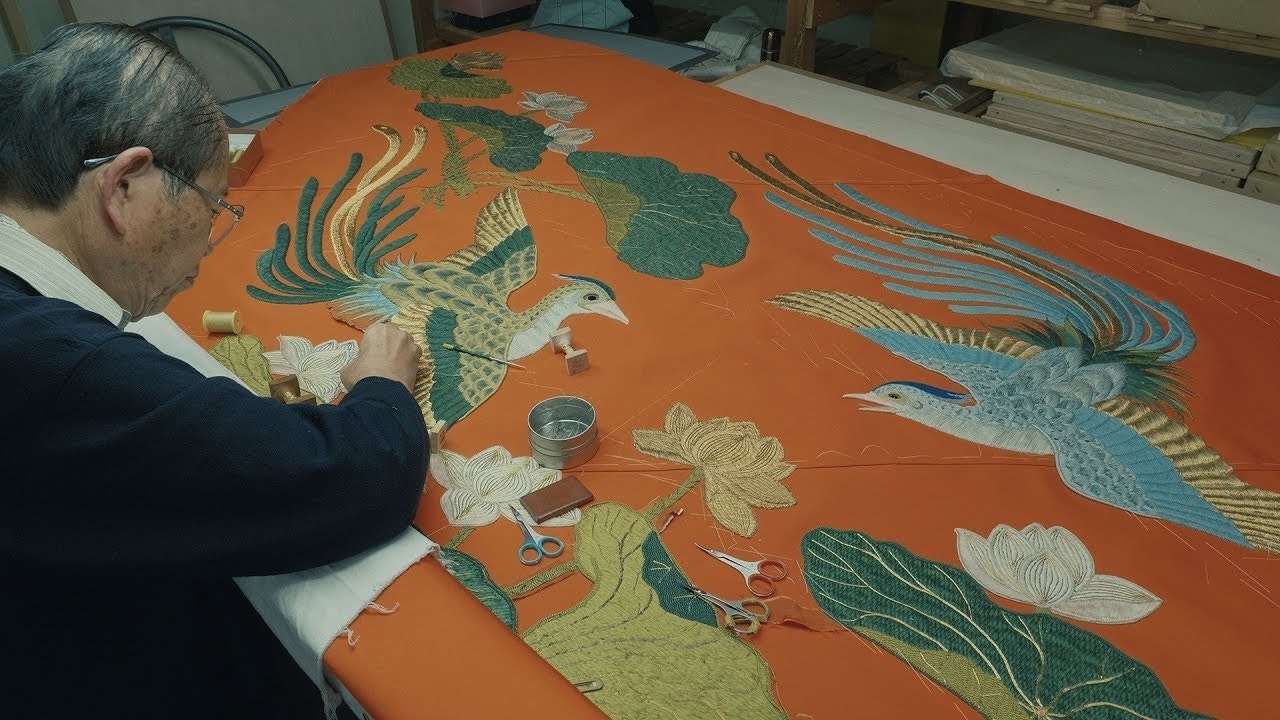 Wakoh-sha is a company specializing in the cleaning of robes worn by monks in Kyoto City, Kyoto Prefecture.
After cleaning these robes for a while, they also began to restore the embroidery of "uchishiki," patterned cloth laid on a table or Buddhist altar.
This video introduces the work of an embroiderer who specializes in embroidery restoration, a craft rarely seen by the general public.

A Closer Look at the Traditional Embroider Restoration of Wakoh-sha

The uchishiki, a cloth used at Buddhist temples and in Shinto rituals, is what is being restored in the video.
Embroiderers carefully cut out the embroidery that was beautifully applied more than 100 years ago, transfer it to a new cloth, and restore the frayed embroidery to its original form, playing an important role in allowing it to be passed down to the present generation.
You can see the frayed embroidery before and after repair at 1:55 in the video.

Nihon Shishu (日本刺繍), a traditional Japanese craft that restores embroidery, embroiders patterns such as flowers and birds on silk using silk thread, gold thread, and silver thread, and is a historical decorative technique that is also used for decorating kimono and obi.

This type of embroidery restoration involves re-stitching gold thread or stitching new thread.
This video shows how the embroidery artisans use traditional Nihon Shishu techniques, such as Sagara-nui and Matsuri-nui, without using adhesives, in order to "connect the beauty of the past to the present.

No two embroidery restorations are the same; each piece is a once-in-a-lifetime work whose composition changes depending on the condition of the embroidery and the damage the fabric has sustained.

As you can see at the end of the video, the delicate work of the embroidery artisans, who put their hearts and souls into each and every stitch, are connecting the beauty of the past to the present.