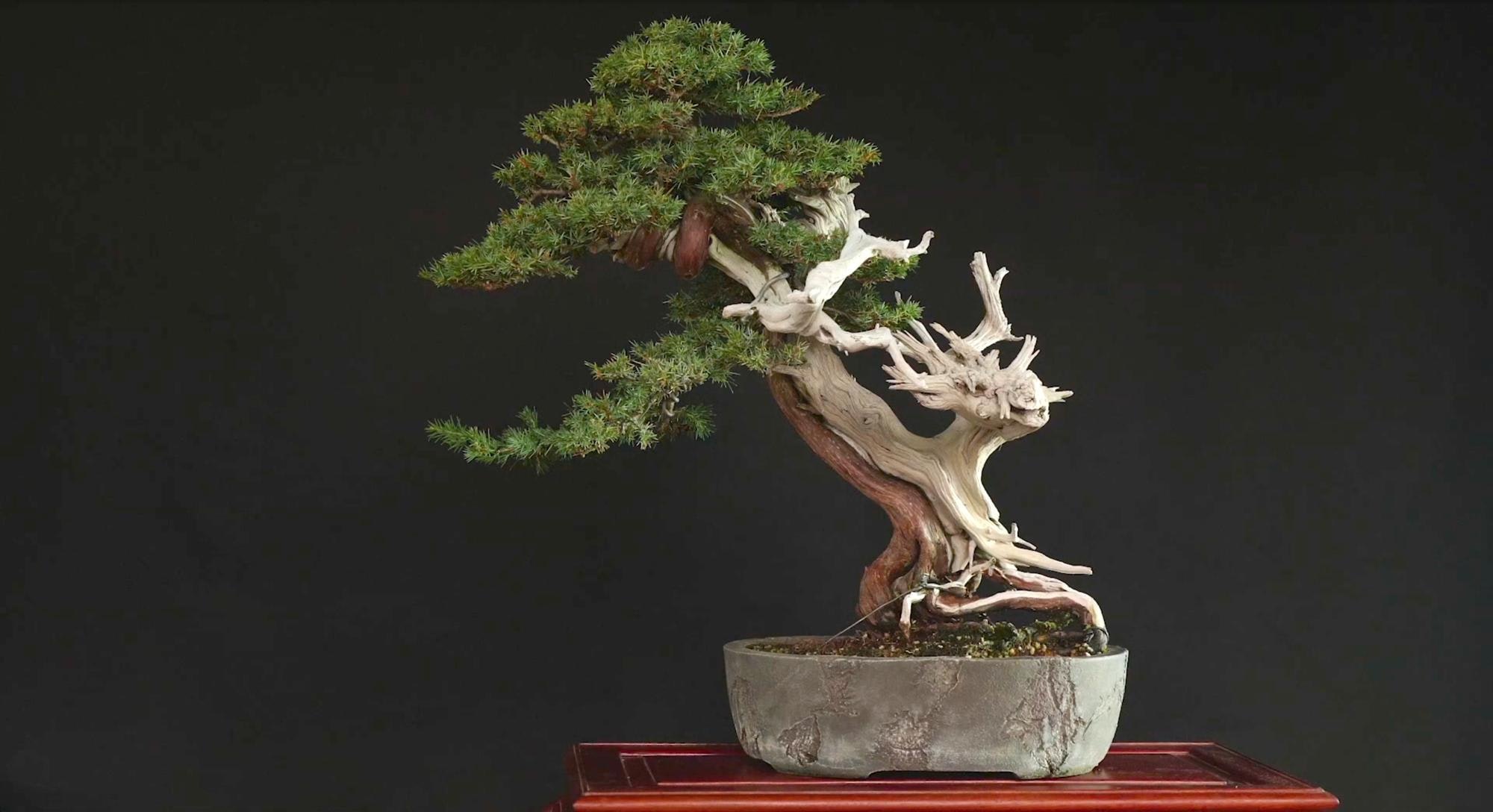 This video "Bonsai"（盆栽） was created by "Nippon Teshigotozukan". It is a video introducing the world of Bonsai featuring an interview with a Bonsai craftsman.
Bonsai is the traditional Japanese art of growing miniature trees in containers which are often decorated with moss and other small decorations.
Experts in the craft of making Bonsai are called Bonsai masters.
The origin of Bonsai dates back to the Heian period (794 - 1185 AD).

Bonsai is so popular that the Japanese word 'Bonsai' is known in many countries across the world.
In this interview video, you can learn how to create and look after your own Bonsai tree.
Please enjoy learning about traditional Japanese culture through this video!

What is Bonsai? Let us introduce some of the special techniques required to make Bonsai!

In this video, we introduce the Bonsai master Okamoto Yoshimitsu, whose workshop "Kichishouen" is located in Toyota city, Aichi prefecture in the Tokai region of Japan.
Okamoto Yoshimitsu is famous for his Needle Juniper Bonsai works of art.

Many techniques are required to complete a Bonsai piece of art, such as pruning, using wires to create bends in the tree's structure and applying paint to name a few. You can see some of these techniques from 2:07 in the video.
You can also see some of the tools required for the maintenance of Bonsai from 0:23.
Bonsai require special care as the seasons change, similar to other trees in nature.
You can see the difference pruning makes to the Bonsai from the before and after pictures at 3:30 in the video.

Interview With a Bonsai Master

From 3:40 in the video, Bonsai master Okamoto Yoshimitsu talks of how he feels the effort put into taking care of Bonsai can be very rewarding, similar to bringing up children.

"Bonsai is a Japanese tradition, one that I do not want to die out
I want young people to learn about Bonsai and understand the concept of Wabi-sabi (wabi-sabi is a Japanese term used to express the beauty of imperfection). Bonsai is a great way to express oneself through one's own style".

Many people in Japan take up Bonsai as a hobby to enjoy the wabi-sabi aspect of the art.
There are many varieties of Bonsai tree, from the inexpensive trees aimed at beginners to the very old trees and expensive pots used by professionals and experienced practitioners.
The same type of tree, such as a Japanese white pine, can also have several structural forms: formal upright, informal upright, slanted and windswept are a few examples.

Other tree types such as cherry blossom and maple trees can also be used.
The charm of Bonsai comes from the individualized pruning and shaping of the trees which gives each particular tree it's personality.
The combination of the natural beauty of the tree itself and the creativity and individuality of the craftsman is what makes Bonsai so interesting.

Bonsai is a popular Japanese tradition that has been around for many generations.
The Bonsai Art Museum in Saitama is growing in popularity, with more young people and foreigners visiting each year. There is also a tapioca shop which serves Bonsai Tapioca Milk Tea which is very popular with customers.

Bonsai may look difficult but there are Bonsai for sale that are easy to look after, even for complete beginners.
For those who are interested in the traditional Japanese art of Bonsai, why not try raising your own?