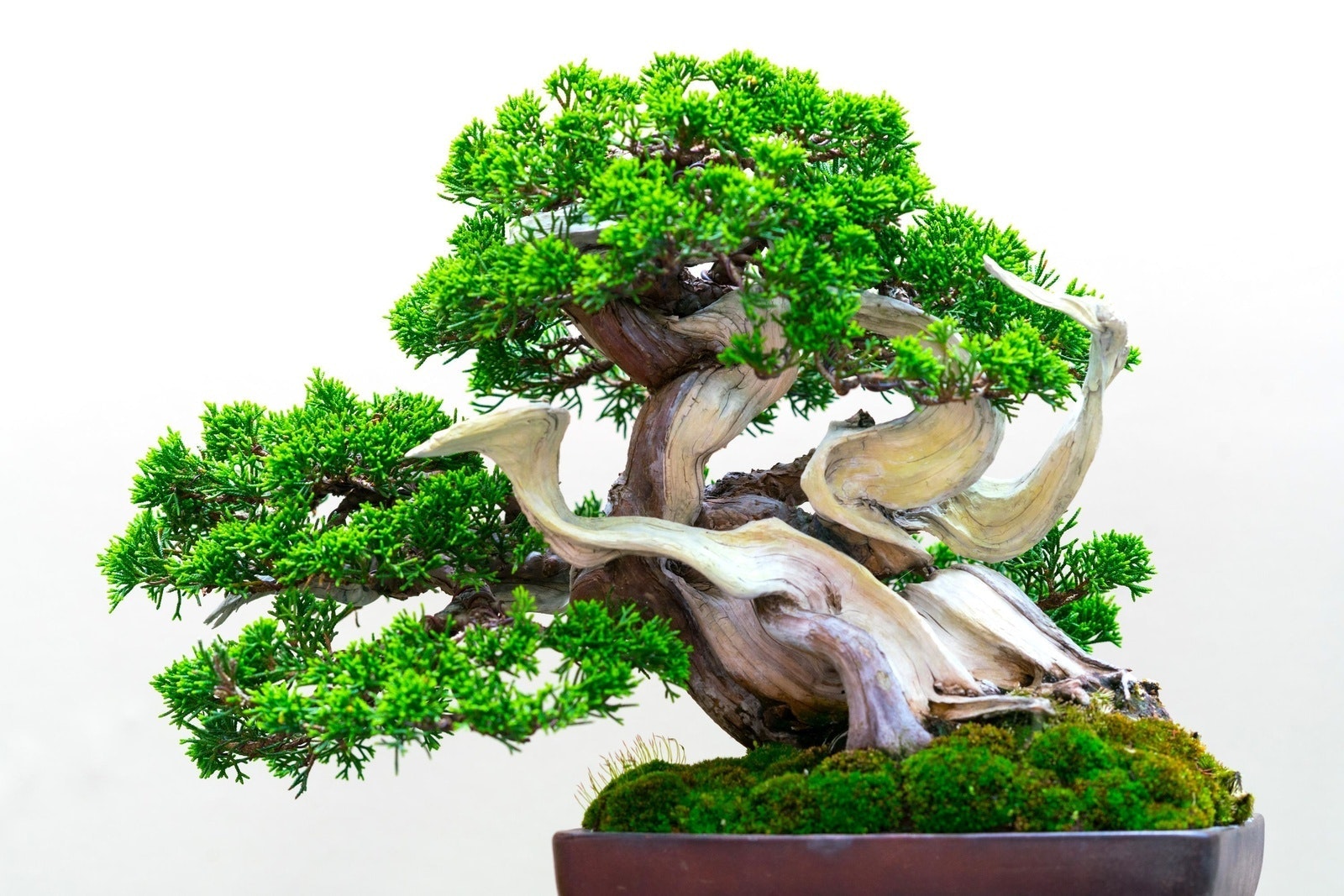 Step Into the World of Bonsai (盆栽), a Traditional Japanese Culture, at the Omiya Bonsai Art Museum in Saitama City, Saitama! Enjoy the Charm of Bonsai With 4K Images, and Experience the Harmony of Japan

The Omiya Bonsai Art Museum - Enjoy the Beauty of Bonsai and Listen to the Stories of the Museum Staff as They Talk About Bonsai!

A Master Bonsai Artist's Technique to Share the Appeal of Bonsai With the World! A Look at the Performance Leaving Italians in Awe!

Onomichi, Hiroshima Prefecture Is a Port City With Breathtaking Ocean and Mountain Views! Here's a Roundup of the Must-See Sights in a City of History and Culture With a Distinct Japanese Feel!

Gardening, which involves growing flowers, trees, and other plants in gardens, pots, and planters, is a popular hobby with many practitioners around the world.
However, the Japanese bonsai introduced here is a slightly different and unique culture.

Bonsai is a hobby of planting trees, grasses, mosses and other plants in a special bonsai pot and appreciating the beauty of their branches, the shape of tree and it's bark, how the roots grow, and the overall design.
The world of bonsai is so deep that some of them are priced at tens of millions of yen or even more than 100 million yen (~$1m USD).

The History of Bonsai

The history of Bonsai (盆栽) goes back to "Bonkei" (盆景) which is said to have been practiced in the Tang Dynasty of China.
Bonsai, which flourished in China since ancient times, was introduced to Japan in the Heian period.
In this period, Japanese bonsai was also called "Bonsan" (盆山), "Hachinoki" (鉢木), "Tsukuri no Matsu" (作りの松), and so on.
In the Kamakura and Muromachi periods, bonsai came to be popular as a hobby of the Japanese samurai, and in the Edo period, commoners also began to enjoy bonsai.

After the Meiji period, many bonsai merchants in Japan were growing bonsai in Koishikawa, Tokyo.
However, after the Great Kanto Earthquake, they were no longer able to grow bonsai in Koishikawa.
Therefore, many of the bonsai growers moved to Saitama City and continue to grow in Bonsai-cho, Saitama.
Here you can find the Omiya Bonsai Art Museum in Saitama City, where you can admire highly artistic bonsai to your heart's content.
In addition, Kawaguchi in Saitama prefecture and the Oninashi area of Kagawa Prefecture are also bonsai production areas.
In these areas there are a number of bonsai shops and events are held as well.

Bonsai - A Hobby Loved All Over the World!

It has been said that most bonsai enthusiasts are mature and elderly people in Japan.
Young people rarely enjoy the hobby of bonsai, and in the Showa period, bonsai was sometimes said to be an austere and old-fashioned hobby.
However, in the Heisei period, the novelty and stylishness of bonsai was reevaluated, and young people have come to enjoy bonsai as well.
The reason why bonsai is becoming popular is that more and more young people find it enjoyable to spend time cultivating one plant and seeing it grow over time.
Many people also find the dignified style of bonsai soothing and intimate.
Bonsai has attracted attention from countries around the world, and nowadays, the word "Bonsai" has become widely known in other countries as well.

Bonsai generally involves growing Japanese style trees in a bonsai pot.
One of the most popular of these bonsai is the pine and other conifers.
Pines, junipers, Chinese junipers, and cedars are particularly popular for bonsai.
There are numerous types of miscellaneous trees, such as ones that bear fruit, (mimono) or flowers (hanamono) as well.

Other bonsai include grasses, mosses, a combination of several plants, and withered bonsai.
There are standard bonsai as well as slightly different types of bonsai, so you can find the one that fits your lifestyle best.

Enjoying the natural form of a plant is one of the most enjoyable aspects of bonsai.
There are many different types shapes of bonsai, but here are some of the most popular ones.

Chokkan (直幹): A well-balanced bonsai with a straight vertical trunk.
Moyogi (模様木): A style of bonsai with a trunk that bends from side to side.
Shakan (斜幹): A bonsai that stands at an angle due to exposure to wind or obstacles.
Fukinagashi (吹き流し)(Windswept bonsai): A bonsai whose trunk and branches flutter even more vigorously than the shakan and whose branches are typically longer than the height of the tree.
Kengai (懸崖)(Cascading bonsai): A bonsai with downward hanging branches that resemble a precipitous cliff.
Hokidachi (箒立ち): A bonsai with branches radiating out from the middle of the trunk in the shape of a broom.
Bankan (蟠幹): A bonsai with a trunk that looks like a coiled snake.
Neagari (根上り): A bonsai where the roots are exposed and protruding from the soil onto the surface.
Takan (多幹): A bonsai with multiple trunks rising from the root
Netsuranari (根連なり): A bonsai with three or more trees that have been fused together over a long period of time and are connected as one.
Bunjingi (文人木)(Literati bonsai): A bonsai with a shape like those in Chinese paintings.
Ishizuki (石付): A bonsai that is planted in a pot with its roots crawling over a stone.
Yose-ue (寄せ植え): A type of bonsai in which several trees are planted in one pot. It may be combined with non-plant objects to enhance the artistry of the tree.
Kawarigi (変わり木): A free form bonsai that does not fit into any category. It is difficult to maintain because there are no guidelines, but it is easier to create an original design.

The presence of imi-eda not only impairs the overall balance of the bonsai, but can also stunt the growth of your bonsai by reducing airflow and sunlight.
Therefore, when a bonsai has abhorrent branches, it is necessary to prune them in order to maintain the health and beauty of the bonsai.
Naturally, it's important to think carefully about where to cut a branch, because once you cut it, it cannot be reversed.
The beauty of your bonsai will be enhanced if these unwanted branches are cut well and your bonsai is taken care of.

How to Make and Care for a Bonsai Tree

Bonsai is a hobby that aims to recreate the appearance of the large trees seen outdoors by growing miniature versions in a pot.
The goal is to grow a beautiful and dignified bonsai as if it were a large tree growing comfortably in a forest or in a quaint garden.

To care for your bonsai, you will need bonsai clippers for pruning and wire for shaping.
If you have an excess of unwanted branches, you can carefully prune them with scissors to give your bonsai a refined appearance.
It is also sometimes necessary to use wires to maintain a particular shape or to bend the branches slightly.
Of course, it is also important to keep your bonsai properly watered and fertilized.

As a bonsai grows older, its roots become thicker, making it harder for water to pass through the pot and making it harder for the tree to breathe.
To grow a healthy bonsai, you will need to repot it every few years.
By taking the time to care for your bonsai you can create a masterpiece to be proud of.

Bonsai trees of the highest quality and 100-300 years old are called "mei-hin" (銘品) or "masterpieces." For example, the Japanese white pine tree named "Seiryu" (青龍) which is well known as a magnificent bonsai, is said to be 350 years old.
Long ago, the image of a bonsai was that it was something that took many years to grow beautiful limbs.
Recently, however, the technology of growing bonsai has improved so that they can be grown into works of art in just a few years.
Older bonsai are still expensive, but some beautiful bonsai can be purchased at surprisingly reasonable prices.
When you appreciate bonsai, it's important to consider all aspects of the tree, include its age.

Enjoying Bonsai as a Hobby!

Bonsai has become popular in recent years as a hobby that can be enjoyed slowly and carefully.
That being said, it's not so easy to know what to buy or where to get started if you're a beginner.
Although people tend to think that bonsai is only a luxury product, there are many sets that can be started easily.
For beginners, we recommend buying a cheap entry level pot and tree, and getting some tools to get started.
Bonsai trees, tools for caring for your bonsai, fertilizer, etc., can be purchased at specialty stores, gardening shops, home centers, and through online shopping.

Mini bonsai and kokedama bonsai are also available as souvenirs at tourist destinations in Japan.
The purchase of these bonsai may be an opportunity for you to discover the appeal of bonsai.
If you have a family member or friend who enjoys growing plants, they'll be happy to receive a bonsai as a gift.
There are many bonsai for sale as gifts, so you can choose one that suits the person who will receive it.