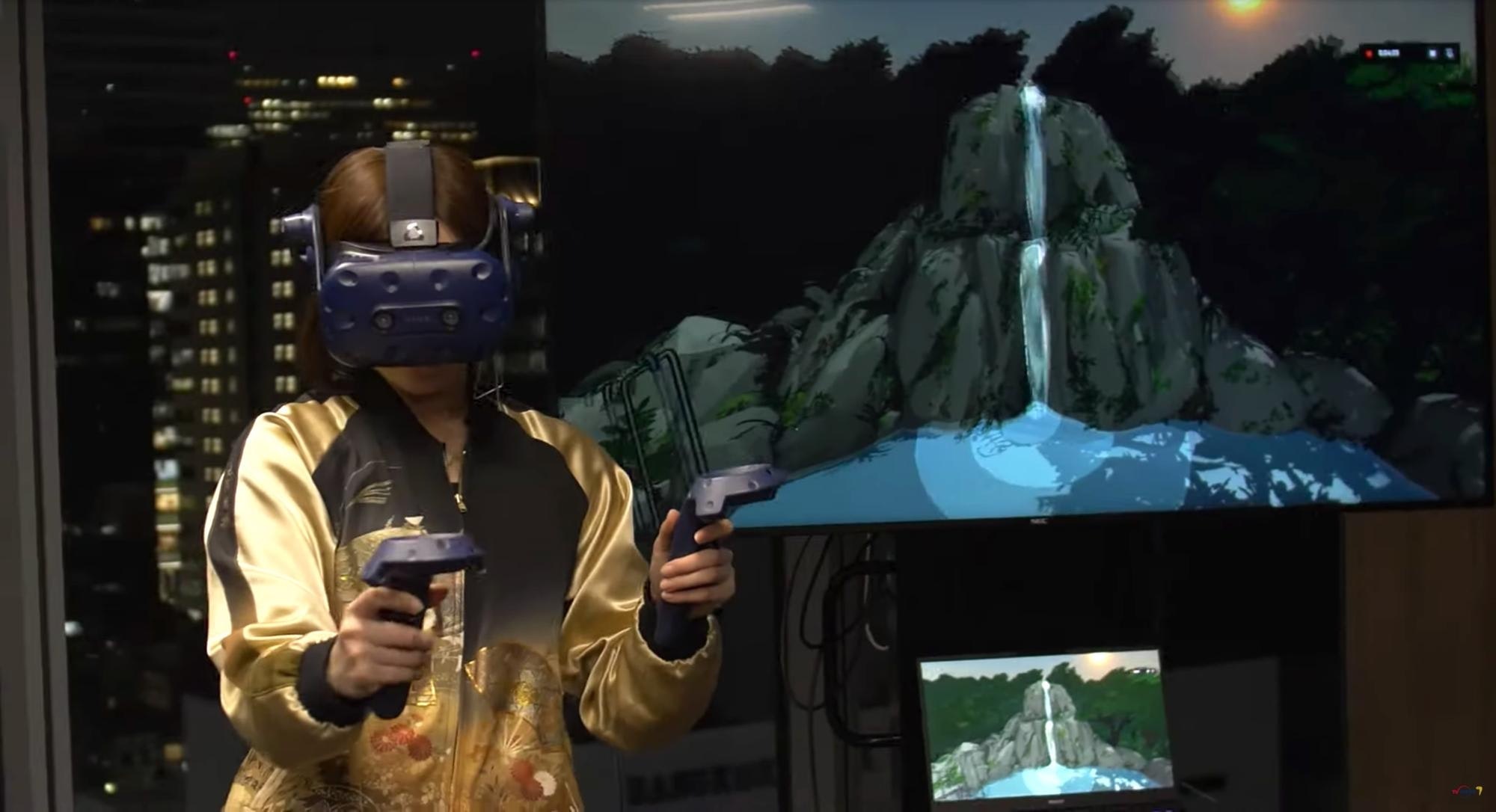 Aimi Sekiguchi is a VR artist who creates works of art in an empty virtual space.
She has been performing live in Japan as well as abroad, including the United States and Russia.
This video shows an interview with VR artist Aimi Sekiguchi as she talks about the appeal of VR art.
Be sure to follow along as you read this article!

What Is a VR Artist?

VR (Virtual Reality) is a technology that allows you to perceive, as if it were real, phenomena that appear in a VR/virtual space, that do not actually exist in real life.
In other words, VR art uses an empty space as a canvas to draw three-dimensional pictures by wearing VR goggles
Viewers are able to see the work through a monitor.

For example, the painting in the frame has depth and allows the viewer to go further into the painting, creating a new way to experience art.
The artworks have depth and the ability to be experienced in 360 degrees of wonder.
You can watch the actual creation of a work of art using the VR equipment and tools at 1:01 in the video.

The people who create and perform this VR art are called VR artists.

Aimi Sekiguchi (せきぐちあいみ), introduced in the video, started out as a TV personality before turning into a VR artist.
Her real name is Aimi Sekiguchi (関口愛美, written in kanji), and she was born in 1987, making her 33 years of age.
She became famous after responding to an interviewer in a TV street interview when asked about the female-only cars on Japanese trains, saying "I don’t really care where I am on the train." The video quickly went viral.

Aimi Sekiguchi is currently working as a VR artist with the VR painting app Tilt Brush, as well as doing live painting in various countries, such as the 45th WorldSkills Competition, and is also a main personality of her own local radio show called "Aimi Sekiguchi Virtual Radio"(0:43). She also shares her three-dimensional art on YouTube and shares information about her work and activities on Instagram.

As you can see from 2:11in the video, Aimi is seen learning how to use space at the Shunkaen Bonsai Museum in Edogawa-ward, Tokyo. It's hard to connect the space where the bonsai trees are lined up with VR art, but Aimi explains "Bonsai is an art work that includes all of the space around it, therefore, it's very helpful when I paint VR art."

In the video "Tokyo Crossing #56 "VR (Virtual Reality)" - VR artist Aimi Sekiguchi," Aimi explains that she would like to "stimulate peoples' imagination" through her work.
In the video, you can see Aimi Sekiguchi's passion for VR art.