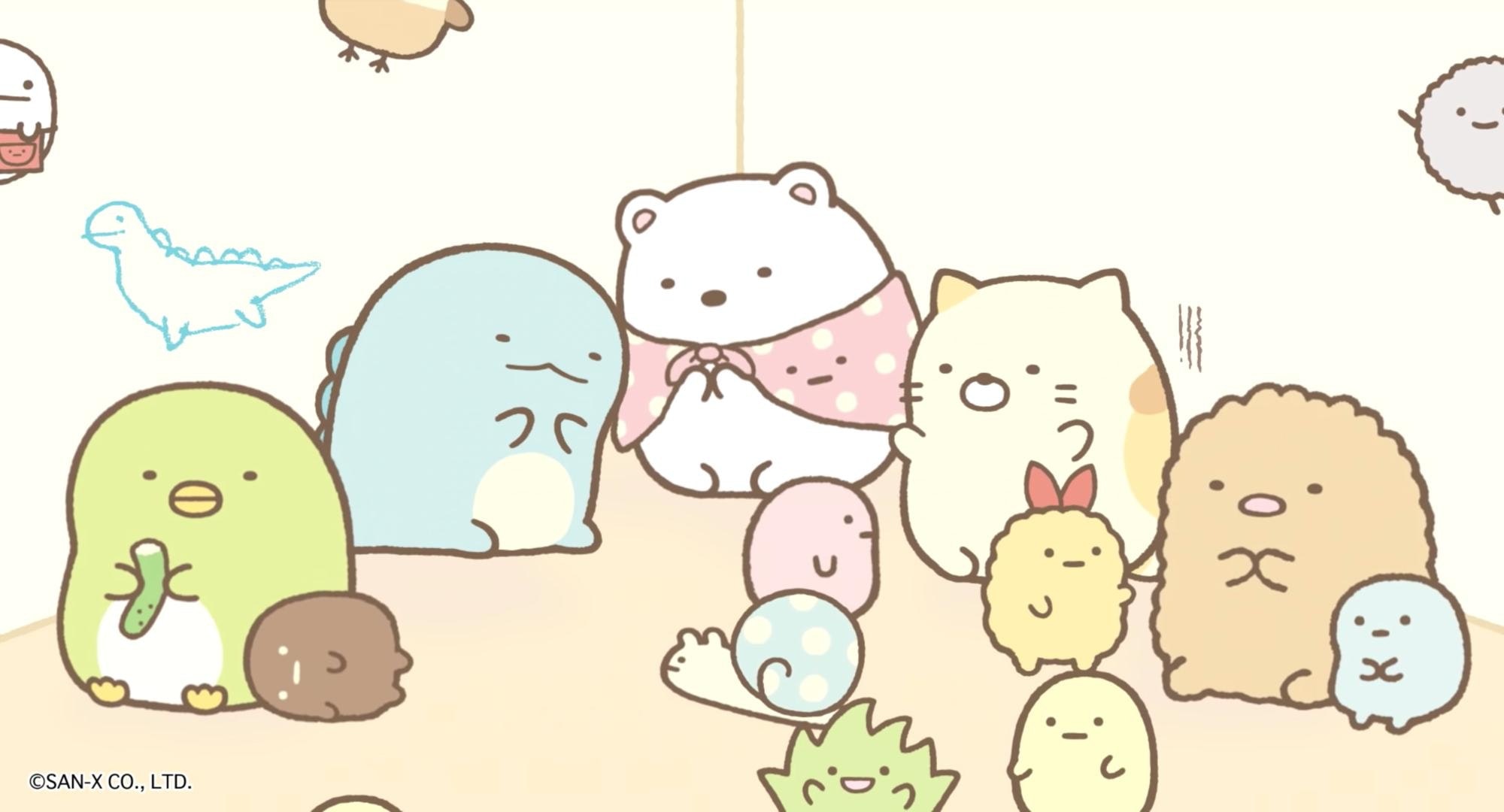 The Main Characters of the Children's Anime "Sumikko Gurashi"!

This video, titled "Sumikko Gurashi Introduction Animation" (すみっコぐらし紹介アニメーション), was posted by "San-x Channel." It introduces the main characters of the popular animation "Sumikko Gurashi," including "Shirokuma" (a polar bear), "Penguin?," "Tonkatsu" (a pork cutlet), "Neko," (a cat) and "Tokage" (a lizard).

What Is Sumikko Gurashi?

Sumikko Gurashi (roughly translated as "Life in the Corner") is a set of original characters by "San-x," and has the sub title "It's calm here."
The characters were designed by Yuri Yokomizo, a designer at San-x’s.
The character are created with the theme that "corners make you feel calm."
Sumikko Gurashi, which was created in 2012, is very popular, especially among children, and sales of related products in 2019 amounted to about 20 billion yen.

There is a wide variety of Sumikko Gurashi merchandise, including stationary, plush toys, pouches, tableware, miscellaneous goods, figurines, toy computers, origami, and many other goods that have been made into movies and games.
If you search for Sumikko Gurashi on Amazon, you'll find a variety of products for sale, from children's toys to coloring books to games.
For prices, please check the store where the item is sold.
Also, the "Rilakkuma & Sumikko Gurashi Festival" collaboration event at the Yokohama ASOBUILD was originally scheduled to begin in April 2020, but was unfortunately postponed due to the spread of the new coronavirus.

The Main Characters of Sumikko Gurashi

Let's take a look at the main characters of Sumikko Gurashi!
1. Shirokuma (0:04)
Shirokuma is a polar bear that migrated from the north to the south, to avoid the cold.
He feels calm when drinking tea in a corner.
He also cherishes his big polka dotted furoshiki cloth.
2. Penguin? (0:51)
Penguin? lacks confidence about whether or not he is actually a penguin and feels as though he may have had a dish on his head in the past (alluding to him possibly being a kappa).
3. Tonkatsu (1:12)
Tonkatsu is the end of pork cutlet, frequently left uneaten for being too oily (99% fat).
It is the second Sumikko to arrive at the corner.
4．Neko (1:50）
Neko is a shy, timid, and plump cat that often gives the corner to other members.
Most of the time it scratches its nails on the wall.
5. Tokage (2:21)
Tokage is actually an aquatic dinosaur but feigns being a lizard so that he isn't captured
He occasionally catches fish for Neko.
Minikko, such as Ebifurai no Shippo (tail of a fried shrimp), Zassou (weeds), Tapioca, Hokori (dust), Suzume (sparrow), and Nisetsumuri (a slug) appear at 2:51 in the video.
Enjoy the cute characters of Sumikko Gurashi!