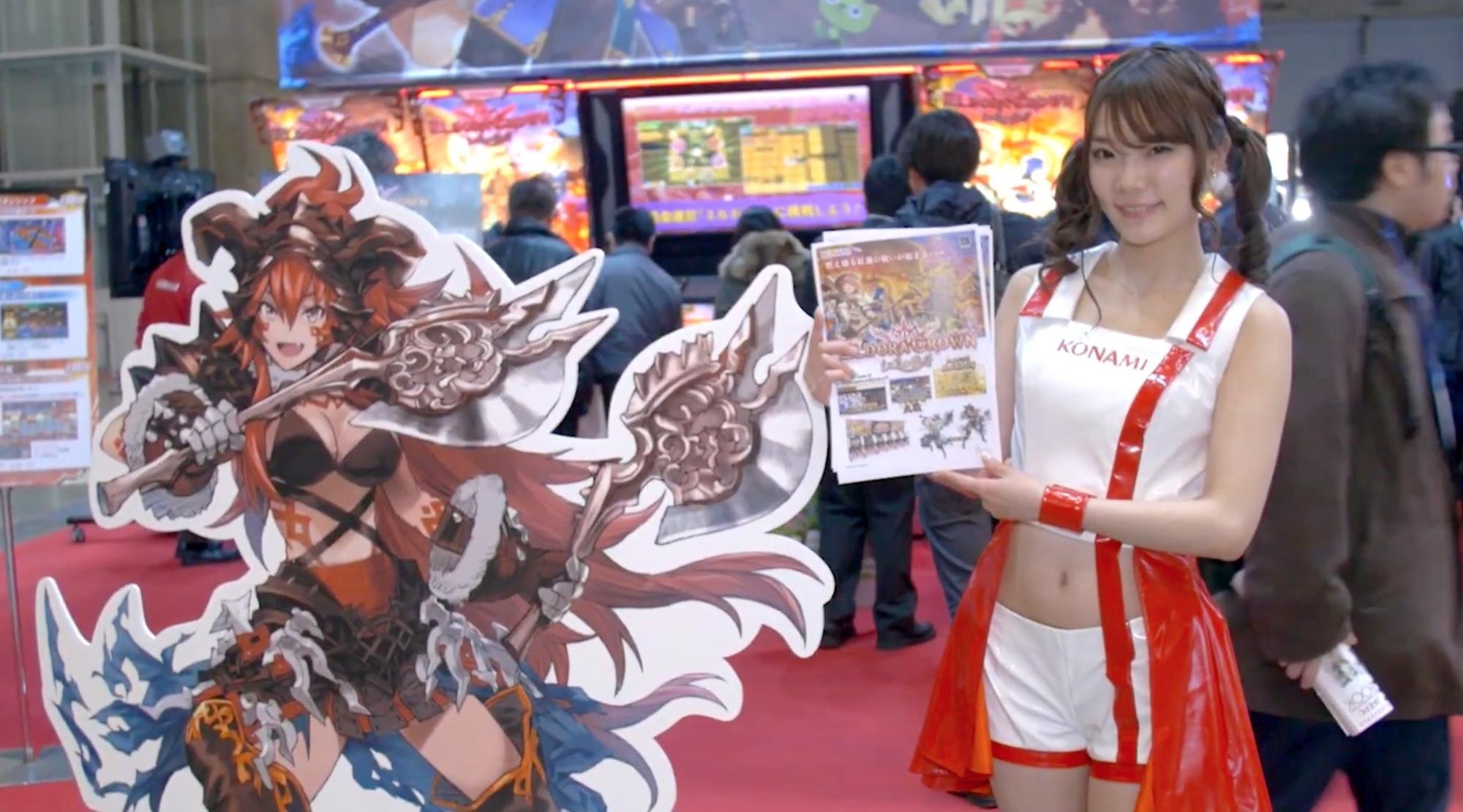 PR Video for Konami's Booth at the Japan Amusement Expo

The Japan amusement EXPO is an exhibition of arcade games held at Makuhari Messe in Chiba (千葉県：Chiba prefecture).
Famous game companies such as SQUARE ENIX, BANDAI or SEGA release the latest arcade games at this exhibition.

Konami is the maker of various games and gaming consoles such as arcade games or rhythm games set in a game arcade.
In this article, we will introduce what the Konami booth exhibits at their booth in the Japan amusement EXPO. Be sure to follow along with the video.

1. Dance Dance Revolution 20th anniversary.
You can see footage of this from 0:38.
DDR is a rhythm game.

The golden body of this arcade game is highly visible not only in the Konami booth but also throughout the entire exhibition.

4.1 ch’s high quality sound and 55 inch’s large screen allows players to enjoy endless hours of fun with this rhythm game, which is exactly why many people looking for the newest rhythm game visited Konami's booth.

2. ELDORA CROWN “ELDORA CROWN”, an arcade medal game, is a “Dungeon crawler RPG” that was released 15 years ago. Footage of its newest installment appears at 1:40.

Although this is an arcade medal game, players can enjoy the many different functions that a normal Dungeon crawler RPG has to offer; one of these being jobs/classes. In online mode, a player can compete with up to 10 other players at a time.

The old, familiar bomber man is transformed and comes back to life as a cute girl.
This arcade game garnered a lot of people’s attention, not only because of the attractiveness of the characters, but also because of the quality of the games 3D images.

Also a full-scale baseball card collection game game, "Anima Lotta," a game that will draw you in with its dazzling glimmer, and "Marble Carnival," a type of medal game that uses marbles, were also exhibited at Konami’s booth.

Did you enjoy the video featuring the “Konami booth” at the 2019 Japan amusement EXPO? If so, don't forget it's held in January or February every year.

Also there are other exciting activities at the Japan Amusement Expo such as crane games, where players can bring back prizes for free, or you can meet famous YouTubers who visit this Expo to shoot videos.
The Japan Amusement Expo is a famous event that attracts about 70 thousand visitors. There are two types of entrance tickets: “Business tickets” and “General entry tickets."

If you are interested in the Japan Amusement Expo, be sure to give it a visit!