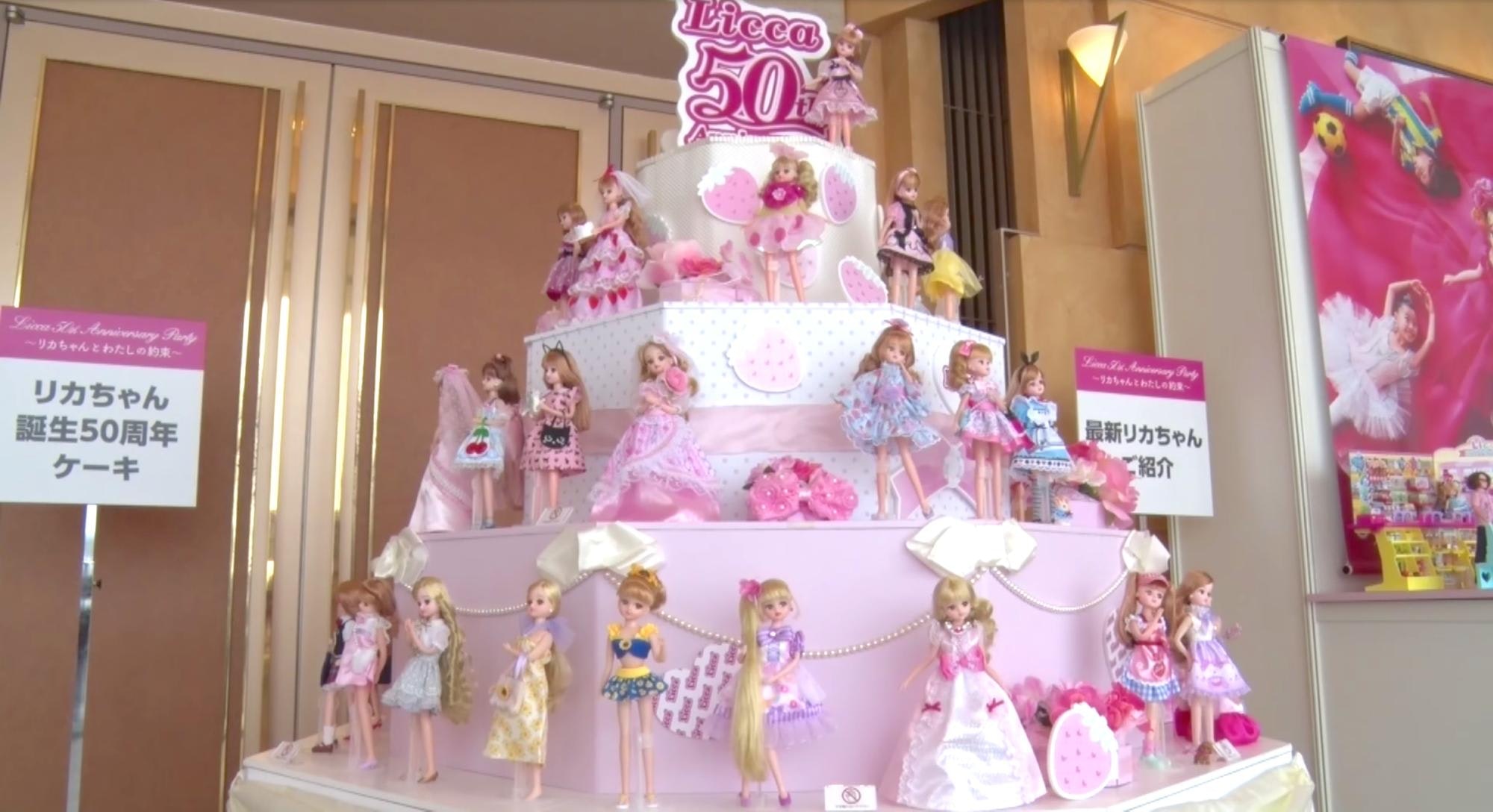 In 2017, Licca chan’s 50th anniversary parties were held in Tokyo and in Osaka.
The video showcases a few of the scenes from the party held in Osaka.

The dress-up doll “Licca chan” was first sold by the company Takara Tomy in 1967, as a blonde 22cm tall toy doll that girls could enjoy playing “pretend” or “dressing up” with.
The Licca chan doll sold over 60 million units, and while it was loved by the generation that played with it, it also came to be loved by subsequent generations, making it a long selling product with a rich history.
In the present day, Licca chan has expanded from the field of toy dolls and is now a commercial character for companies as well.

Licca chan was given a character profile such as family structure and age at the time of her release, and it is thought that her popularity came from the fact that her clothes and figure changed according to the lastest trends and fashion, thus always making her relevant icon.

Licca chan’s full name is Licca Kayama, her birthday is on May 3rd, and she is a 5th grader.
Her family consists of her fashion designer mother, her French musician father, younger twin sisters, and younger triplet sisters.
She also has grandparents and friends as well, and is known to have had many boyfriends, such as Sho and Wataru, over the years.

Other than the main Licca chan doll, there are many variations and associated products, such as family member dolls, dresses, houses, accessories, pet shops, and storage cases that are sold as well. In the past, pregnant Licca chan dolls have also been sold.

These Licca chan doll products can be bought at the Licca chan store “Licca chan's Little Castle-Shop”, Toys R Us, or the online seller Amazon.

Licca chan’s 50th anniversary party commemorated the 50th anniversary of the dress-up doll “Licca chan” from when she was first released, and the events were held in Tokyo and Osaka.
There was an invitation to this party inside the limited edition “2017 Premium Licca chan” that was sold in 1992, commemorating her 25th anniversary. And the party was held with limited attendants who RSVPed to the event.
It is because of this, that there is the subheading “The promise of Licca chan and me” under the official party title.

370 fans who bought the porcelain Premium Licca chan doll, which was enclosed in a wooden case that came with a music box function (2500 limited editions were sold, and this doll can be seen from 1:30 of the footage), attended the party. It was a very lively event with quizzes being held, untold stories from the development team, and a reenactment of Licca chan’s voice on the telephone.

Women of all ages can appreciate the popularity of Licca chan, who gives glittering hope to all. Be sure to watch the video so you can see all of the scenes we talked about in this article.