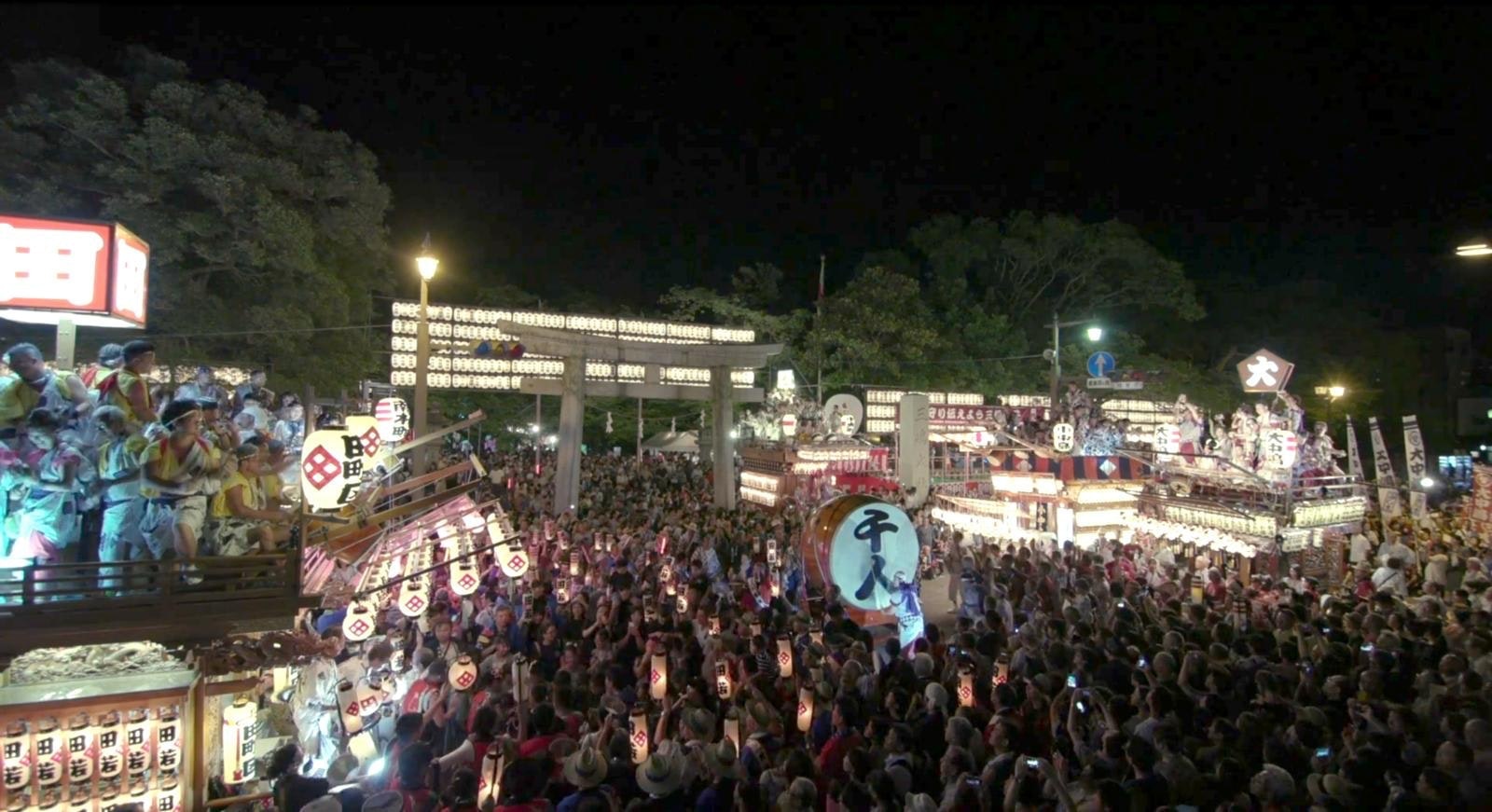 Mishima Festival is held from August 15th to 17th and it is a summer tradition in Mishima, Shizuoka, in Japan's Tokai region. Please enjoy the video of the traditional Japanese parade floats.

Mishima Grand Festival, one of the summer festivals in Mishima, Shizuoka Prefecture, is held from August 15 to 17 and is one of the main festivals of Mishima-taisha.
On the first day of festival, you'll see floats decorated with drums, bells, and chimes parading throughout the town. Hearing the noises beckons people to continue to observe the activity.


Please check the video at 0:22 and see the dynamic parade floats. They're perfect for taking Instagram photos. If you watch the video at 0:31, you'll see the sunset and the lanterns on the floats shine throughout the town.

Please check out the video at 0:50 to see an actor playing Minamotono Yoritomo. The performance and the armor of the participants for this event is very impressive.

There are more performances such as the Kid’s Flute Piece and the dedication of Ninjomai and Uyarasumai. At 1:01 in the video, we see the Tezutsu fireworks display which is truly a magical sight.

Different performances, such as folk songs and the Mishima sun parade will heat up the festival. At night, a religious ceremony will conclude the three-day festival.

Summary of the Mishima Festival in Mishima, Shizuoka

Towards the end of the video at 1:38, many people get on Yagura (a wooden stage) and perform Mishima Bayashi. There is a raffle event at Mishima Festival. Fans are distributed to visitors, and each one has a different number on it. If you have a winning number, you can receive gift such as gift cards and more. Be sure to watch the video to see more details of the festival.

The Mishima Festival in Mishima, Shizuoka Prefecture, is a grand festival that enlivens Shizuoka during the summer season. Wear a Yukata (summer kimono) and enjoy the delicious food from the different stalls scattered about the market. On the day of the festival, you can use the Mishima-taisha parking lot and the city's central parking lot, but there are traffic restrictions at nearby spots, so please leave early and plan ahead.