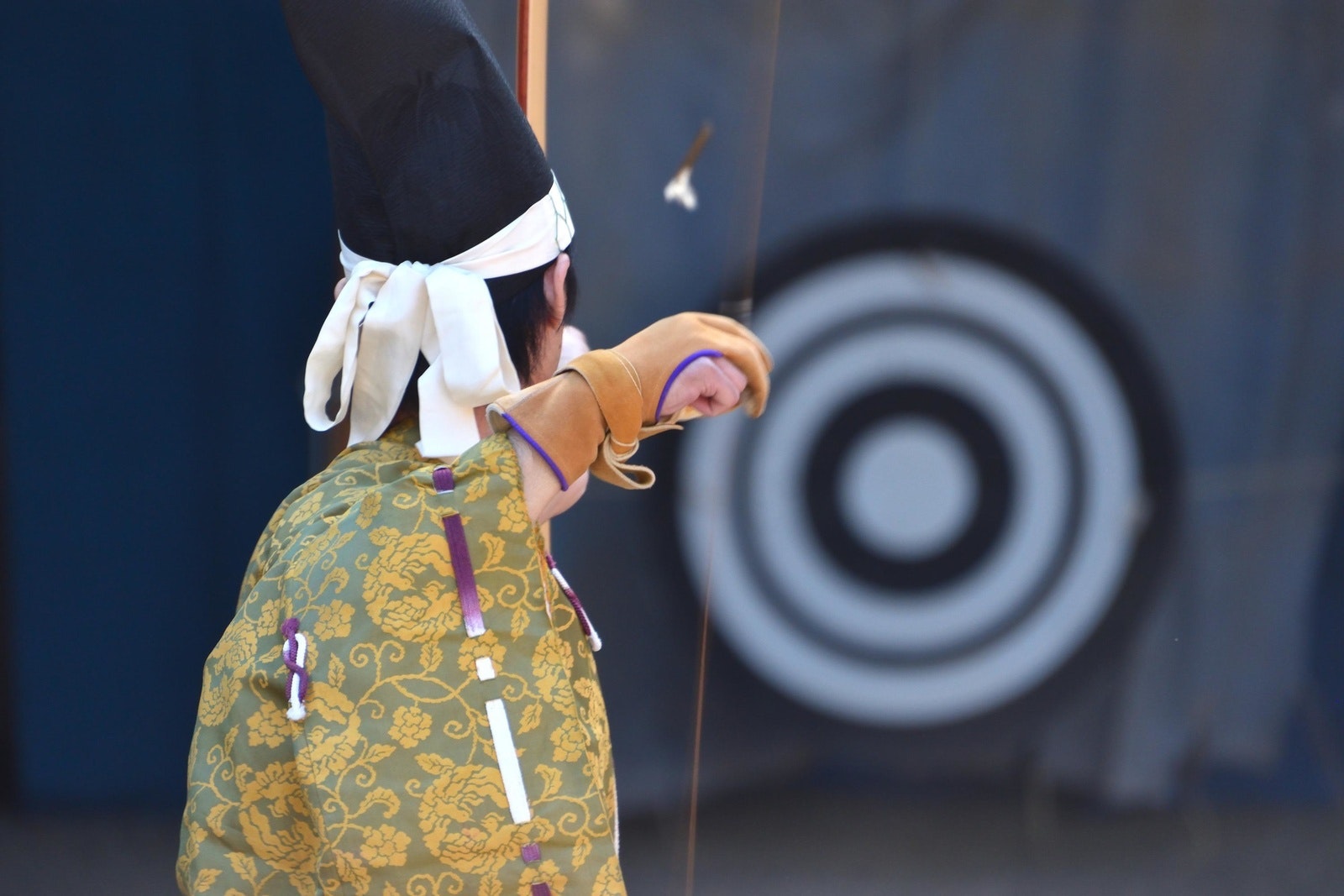 During the Warring States period (1467-1615 A.D.), archery was often used as a martial art on the battlefield.
The video shows a powerful archery competition, so you can enjoy a taste of traditional Japanese culture.

Satsuma Heki Ryu Koshiya Kumiyumi (roughly "Satsuma Heki School of Archery"), one of the schools of Japanese archery, was established by Heki Danjo Masatsugu during the Muromachi period (1336-1573 A.D.).

However, as guns came to be used in battle, archery gradually came to be neglected.
At this time, the Satsuma Heki School continued to study the art of archery while passing on the techniques to its senior apprentices.
They devised tactics, such as "Koshiya" and "Sashiya" which were used to form a formation before loosing all arrows at the same time, as well as "Oshitsume" and "Totsugeki."

The Satsuma Heki School is where Kyudo began and the school has had a strong influence on Japan since the Warring States period.
After the Warring States period, the style was divided into various schools of archery derived from the Heki School, and has continued to the present day.
The major schools are the Izumo School of the Yamato Heki Line ("Yoshida School"), Yamashina School, Sakon Emon School, Okura School, Insai School, Daishin School, Jutoku School, Sekka School, and Dosetsu School.
The Iga-Heki lineage includes the Chikurin School, the Ikkan School, and the Honda school.

The Demonstration of the Satsuma Heki School

The video begins with nine armor-clad performers entering the archery arena.
You can see from the video that there are a lot of spectators watching the event.
From 0:37 in the video, the performers release their bows one after another with a loud shout.

In the performance shown at 2:08 in the video, you can see that after releasing the bow, they gradually move closer towards their targets.
This is the formation and method of shooting would have been used on the battlefield in the same way.

Kyudo is one of the unique Japanese martial arts that developed during the Warring States period.
This video shows the powerful demonstration by the Satsuma Heki School of Archery.

If you're interested in Japanese martial arts, be sure to check out the awesome form of these iron clad archers!