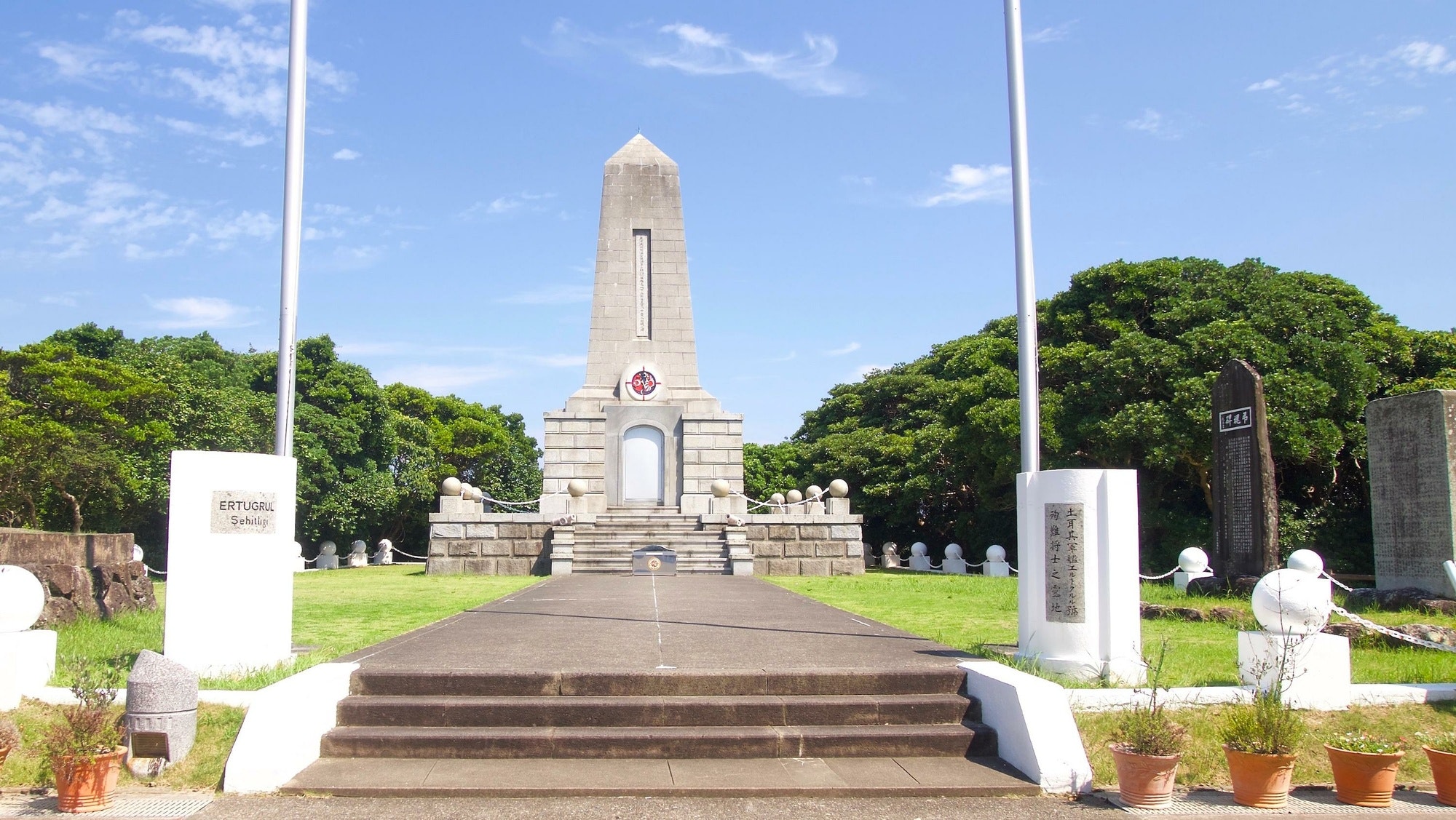 The Distress of the Ottoman Frigate Ertuğrul

This video was published by “WakayamaPref.” It shows the Turkish ship "Ertuğrul" connecting Japan and Turkey, which led to the creation of a strong bond between the two countries.
The title of the video is "Japan and Turkey. A Bond Transcending Time ~ Stories of Friendship Connected by the Ertuğrul." (日本トルコ 時を越える絆 ～エルトゥールル号が繋ぐ友好の物語～).

Turkey is located between East Europe and West Asia, and is known as a pro-Japanese country.
The history between Japan and Turkey began when an incident between the Turkish battleship, Ertuğrul, occurred near Oshima in Kushimoto, Wakayama 130 years ago.
A typhoon hit the ship whilst returning home from a visit to Japan in September 1890.
The ship hit a reef and sank by the shore in Kashinozaki.
The friendship between the two countries began when local residents rescued the Turkish sailors who were going down with the ship.

The local people who tried to save the Turkish crews on the ship were from the Kashino area of Kushimoto Town, Wakayama Prefecture.
Upon hearing of the incident, they immediately decided to rescue and treat the Turkish crew members.
You can learn more at 1:26 in the video.

At a time when they were not rich, they provided clothing and food for the Turks, even though typhoons prevented them from going out to fish and their reserves were low.
The "morobuta," a container in which rice balls were served at the time, has also been preserved.
You can see one at 2:43 in the video, in an interview with the son of a resident who helped rescue the Ertuğrul.

The History of the Iran and Iraq Wars

During the Iraq war in 1985, Japanese residents in Tehran, Iraq were rescued.
A Turkish airliner was sent by the Turkish government to rescue 215 Japanese stranded in Tehran, the capital of Iran.
This incident was also a repayment of the debt of gratitude for the rescue of the Ertuğrul, which created long lasting bonds between the two countries and resulted in a pro-Japanese Turkey.

The Memorial Service for the Ertuğrul Incident

As you see from 5:33, a memorial service for the Ertuğrul incident was conducted by the local people every year.
In recent years, the memorial service is held every 5 years to commemorate the friendship.
Local people work together to prepare this service in Kushimoto, Wakayama.
In 2015, the Kushimoto Turkish Memorial and Museum was reopened, as well as an exhibit of the newly discovered artifacts found from the ship (6:49).
Because Ertuğrul was a wooden ship, all of the artifacts sank to the bottom of the ocean.
Searches have been conducted to look for more artifacts since 2008.
Through these diligent searches, there have been a total of 7 exhibition events in both Japan and Turkey.

During the 2015 excavation, which can be seen at 9:04 in the video, they worked off Kashinosaki, where the ship had gone missing at the time, and found 311 artifacts in 51 dives.
These items have been investigated at the Ertuğrul Research Center, and local children helping with the conservation work.

At the only elementary school in Oshima, students learn about the exchange between Japan and Turkey during cultural exchange classes. Please check the video from 7:34 to see what students learn in school.
You can also see a Turkish lady working at Kushimoto town hall at 7:50.

Kushimoto town also invented a new type of rose and named it “Ertuğrul” as a symbol of friendship between two countries (8:16).

Turkey and Japan: A Bond That Transcends Time

As seen in the video, the Turkish Culture Association in Kushimoto, Wakayama has been creating different events for interacting with Turkish culture, such as learning the Turkish language and popular dances.
There was a movie called “125 Years Memory” in memory of the 125th year of friendship between Japan and Turkey.
There are also several books and novels about Turkey and Japan.

Please visit Wakayama to learn more about the history of Japan and Turkey.
Wakayama prefecture has beautiful scenery and some World Heritage spots as well!