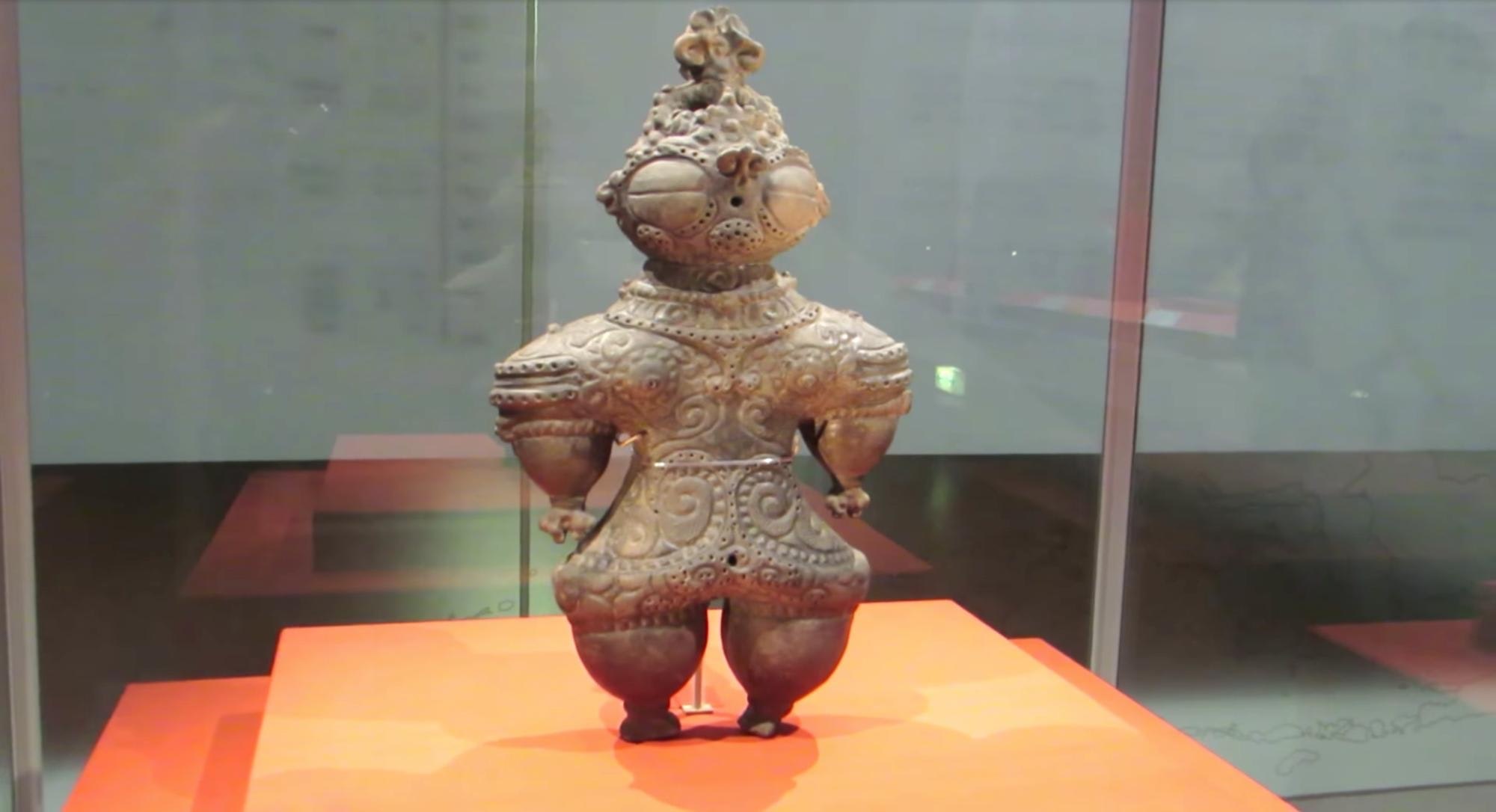 This video is titled “Haniwa, Clayware, Bronze Bell and Clay Figures: The Tokyo National Museum（埴輪・土器・銅鐸・遮光器土偶 東京国立博物館）” and was created by “brianman1955”.

The Tokyo National Museum is the oldest museum in Japan, located at Ueno Park in Taito ward.
It used to be called the Empire Museum and Imperial Museum.
There are main sections to the Museum: themain building, Hyokeikan, Toyokan, The Heisei building, the Horyuji treasure gallery, the Kuroda memorial hall, Kuromon and the garden.

National treasures such as Japanese swords, armor, archaeological monuments, and works of art, including important cultural properties, are on display at the museum.
There are about 120 thousand pieces in the collection.
There are also special exhibitions like the Shosoin exhibition, the imperial throne gallery, and in 2019 there was a mummy exhibition, so there are a lot of things to see.

At the beginning of the video, the haniwa doll, “Woman in Formal Garments” is shown.
It was found at Yokozuka, Toyoshirocho, Isesaki, Gunma prefecture, in Japan's Kanto region and is displayed at the Tokyo National Museum.

This haniwa is dressed in a skirt, a jacket with simple sleeves and it is decorated with beads, earrings, a necklace, and bracelets, and Its hair is tied in a Shimada-style topknot with a comb inserted in it.
This decorated haniwa is very valuable and it is said to be from Japan's Kofun or "tomb" period. (350-700 B.C.)

From 0:42 in the video, a deep, "lipped" style jar is shown.
It was found at Kamifukuoka shell mound in Fukuoka, Fujiminoshi, of Saitama prefecture, in Japan's Kanto region.

This clayware was found by Yamanouchi Sugao in 1937 and through research, it is presumed to be an early Jomon period Seikan style clayware.

A Bronze bell is shown from 1:06 in the video.
It was found at Nishihonjo, Minabe, Wakayama prefecture, in Japan's Kansai region and is estimated to be from the Yayoi period. (300 B.C. to 250 A.D.)

An Overview of the Tokyo National Museum

The video about the Tokyo National Museum is only 2 minutes and 40 seconds long, but you can still feel the romance of history through the haniwa and clayware.
There are other valuable materials such as records, pictures, and research journals displayed on permanent and special exhibitions at the museum.
The research is making progress too, so we recommend giving the museum a visit.