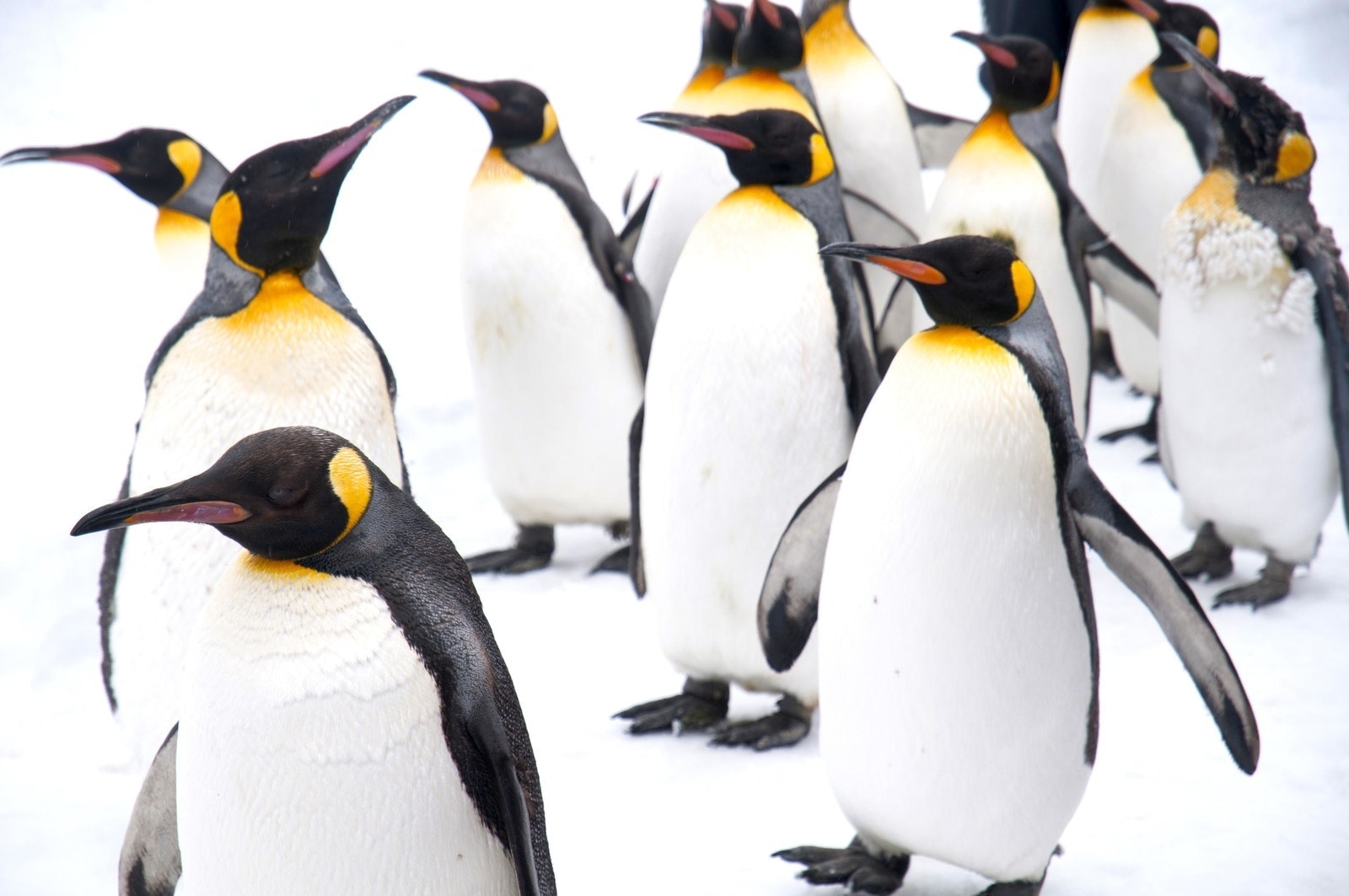 Hokkaido's Foremost Tourist Destination, Asahiyama Zoo. Learn About the Ecology of Adorable Animals at the Most Popular Zoo in Japan!

Introducing Tennoji Zoo, a Popular Zoo in Osaka! How Do They Manage to Bring Out the Natural State of the Animals?

Introducing Japan's First Zoo, the Ueno Zoo! Take a Look at the Everyday Life of These Diverse Animals!

All Eyes Are on Shan Shan, a Cute Little Three-Year-Old Panda! Check Out the Number of Pandas in Captivity in Japan and Information on Zoos Where You Can Meet Pandas!

Enjoy the World of Animals at Tobu Zoo With Its Open-Ended Exhibits. The Lions and White Tigers Are So Majestic!

More Than 300 Species of Animals Live in a Zoo That Makes Use of the Majestic Nature of the Tama Area! Tama Zoological Park Is the Perfect Place for Leisure or a Date!

It's Not Just for Kids, but Adults Too! Kochi Prefecture's Ichibutsu Park Where You Can See Animals in Their Natural Environment!

What is a Zoo?

In addition to these two types of zoos, there are also safari parks, mobile zoos, aviaries, bear farms, and other special types of zoos, and facilities with botanical gardens attached to them are called zoological gardens.

Here, we'll introduce the history of zoos and some of the zoos located in various parts of Japan.

The History of Zoos

Early zoos were private collections of rare animals from countries and territories that were mainly owned by kings and princes, or under their influence or colonial rule.

The oldest zoo in the world is said to be the Paris Zoo, which was opened to the public after the French Revolution, but its facilities and exhibitions are based on those of the Schönbrunn Zoo (Vienna Zoo), which was built beside Schönbrunn Palace in Vienna, Austria. And because the Schönbrunn Zoo was opened to the public for a limited period of time, their are some that consider it the oldest zoo in the world.

Modern zoos are no longer just a spectacle, but rather it is believed that they should have a strong role as an educational and research facility, and are increasingly seen as museums that house live animals.
The London Zoo in England, the first scientific zoo, was founded in 1828 as a government funded collection of materials for the Zoological Society of London, but it was opened to the public in order to help finance research.

In 1907, Carl Hagenbeck, a German animal trader, created animal enclosures without bars so that the animals could be observed closer to their natural habitat.
This method came to be known as the "Hagenbeck system."

It is said that the first zoo in Japan was established in 1882 as the predecessor of the Ueno Zoo in Ueno Onshi Park.
By law, zoos are classified as a type of museum in Japan.

Animals Exhibited at the Zoo and How They Are Exhibited

①Animals Exhibited at the Zoo
Many zoos exhibit relatively large mammals and birds that live mainly on land.
Some zoos also have insect pavilions or aquariums where insects and aquatic animals (reptiles, fish, amphibians, etc.) are exhibited at the same time.

②How Animals Are Exhibited at the Zoo
・Figure Exhibits
A type of exhibition in which organisms are shown with wax, specimens, pictures, or photographs.

・Taxonomic Exhibits
A form of exhibition in which organisms of the same species but different in appearance are grouped together and can be compared.

・Geographical Exhibits
A form of exhibition in which organisms living in the same area are grouped together and can be compared.

・Bar-Less Feeding Exhibits (Hagenbeck System)
A form of exhibition that does not use cages, fences, or other barriers, to allow visitors to appreciate living creatures in their natural state.

・Non-Mixed Exhibits
A form of exhibit in which only the same species can be seen together.

・Mixed Exhibits
A form of exhibit in which multiple species can be seen in the same facility.

・Form Exhibits
A form of exhibit in which living organisms are displayed in a way that specializes in showing their physical characteristics.

・Ecological Exhibits
A form of exhibit that uses landscape immersion to recreate the environment in which organisms live in the wild.

・Behavioral Exhibits
A form of exhibit designed to show viewers an animal's special skills, characteristics, and other inherent abilities.

・Tama Zoo
This zoo is located in Hino City, Tokyo, and is officially named "Tama Zoological Park."
It is one of the most famous zoos in Japan along with Ueno Zoo.
In this zoo, various animals from different regions can be seen at one time thanks to the geographical exhibit method.

・Ueno Zoo
This Zoo is located in Ueno Onshi Park in Taito City, Tokyo, and is famous for Xiang Xiang (Shan Shan), the giant panda which was once exhibited there.
The zoo was opened on March 20, 1882, making it the oldest zoo in Japan.
The zoo houses more than 500 species of animals, including some rare species as well.

・Inokashira Park Zoo
Also known as Inokashira Nature and Culture Park, this is a municipal zoo located in Musashino City, Tokyo.
In addition to the popular, large Asian elephants, the zoo also keeps Japanese serow, and raccoons, and provides a place for visitors to relax and interact with the animals.

・Adventure World
Located in Shirahama, Nishimuro, Wakayama Prefecture, this theme park combines a zoo, an aquarium, and an amusement park.
The zoo portion includes Safari World where you can observe animals up close, Panda Love where giant pandas are displayed, Fureai Plaza where you can interact with capybara and monkeys, and Flamingo Plaza where you can see flamingos and red pandas.

・Nogeyama Zoo
Nogeyama Zoo is located in Nogeyama Park in Oimatsucho, Yokohama, Kanagawa Prefecture.
Among the many zoos in the Kanto area, this zoo has more than 1,000 animals of more than 100 species.
The zoo also has an exhibit hall for reptiles, and is famous for the crocodiles and turtles that can be seen there.

・Kobe Animal Kingdom
This is one of the best zoological and botanical gardens in the Kansai region, located on Port Island in Chuo City, Kobe, Hyogo Prefecture.
The zoo is famous for its greenhouses where mainly flowers and birds are exhibited, and many of them are free ranging.
The zoo is recommended for families because you can interact with and feed many of the animals on display, making it a great place to visit with children.

・Tobu Zoo
Located in Miyashiro Town and Shiraoka City in Minami Saitama County, Saitama Prefecture, this park is officially called "Hybrid Leisure Land Tobu Zoo."
The park is famous not only as a zoo, but also as a leisure facility and event site.

・Hirakawa Zoo
Hirakawa Zoo is located in Hirakawa, Kagoshima City, Kagoshima Prefecture, and has an amusement park as well.
The zoo has a variety of bar-less exhibits, and visitors can enjoy the ecology of the animals up close and personal.

・Kobe Ōji Zoo
This zoo is located in Oji Park in Nada Ward, Kobe City, Hyogo Prefecture, and is the only zoo in Japan where you can see both giant pandas and koalas at the same time.
In addition to the zoo, there is also an animal science museum with screening facilities and an amusement park.

・African Safari Beppu
Located in Ajimumachi Minamihata, Usa City, Oita Prefecture, this zoo is said to be one of the largest safari park-style zoos in Japan and is home to 1,300 animals of 70 species.
The safari road is characterized by two types of areas: a "Safari Zone" where visitors can ride in a private car or jungle bus to enjoy powerful animals up close and personal, and a "Petting Area" where visitors can interact with smaller animals.

・Higashiyama Zoo and Botanical Gardens
This zoo is located in Higashiyama Park in Higashiyama-Motomachi, Chikusa Ward, Nagoya City, Aichi Prefecture.
As of 2017, it has the largest number of species kept in the park of any zoo in Japan and the largest site area of any zoo in Japan.
Looking at the annual number of visitors in 2017 alone, it is second only to Ueno Zoo, with 2.4 million visitors, indicating just how popular it is.
Inside, there is a zoo, a botanical garden, Higashiyama Sky Tower and an amusement park.

・Maruyama Zoo
Maruyama Zoo is located in Maruyama Park in Miyagaoka, Chuo Ward, Sapporo, Hokkaido.
The origin of this zoo is the Ueno Zoo's mobile zoo, which was opened in Sapporo in 1950.
It is one of the few zoos that have succeeded in breeding polar bears, which are considered to be difficult to breed naturally in captivity, since 2000.

・Fuji Safari Park
This zoo is located in Susono, Suyama, Shizuoka Prefecture.
It is one of the largest safari parks in Japan, and you can observe animals up close by taking an outdoor course in a private car, a special bus, or a GPS-equipped safari navigation car.
There are other facilities, such as a nature walk around the perimeter of the Safari Zone, a walking safari where you can observe the animals, a petting area where you can pet and feed the animals, and a cat and dog house area.

Enjoy Zoos as an Adult

Zoos are popular place for children to play, but adults can enjoy the zoo in a different way, paying close attention to the animals' biology and behavior.

Each zoo has a different type of animal and exhibit format.