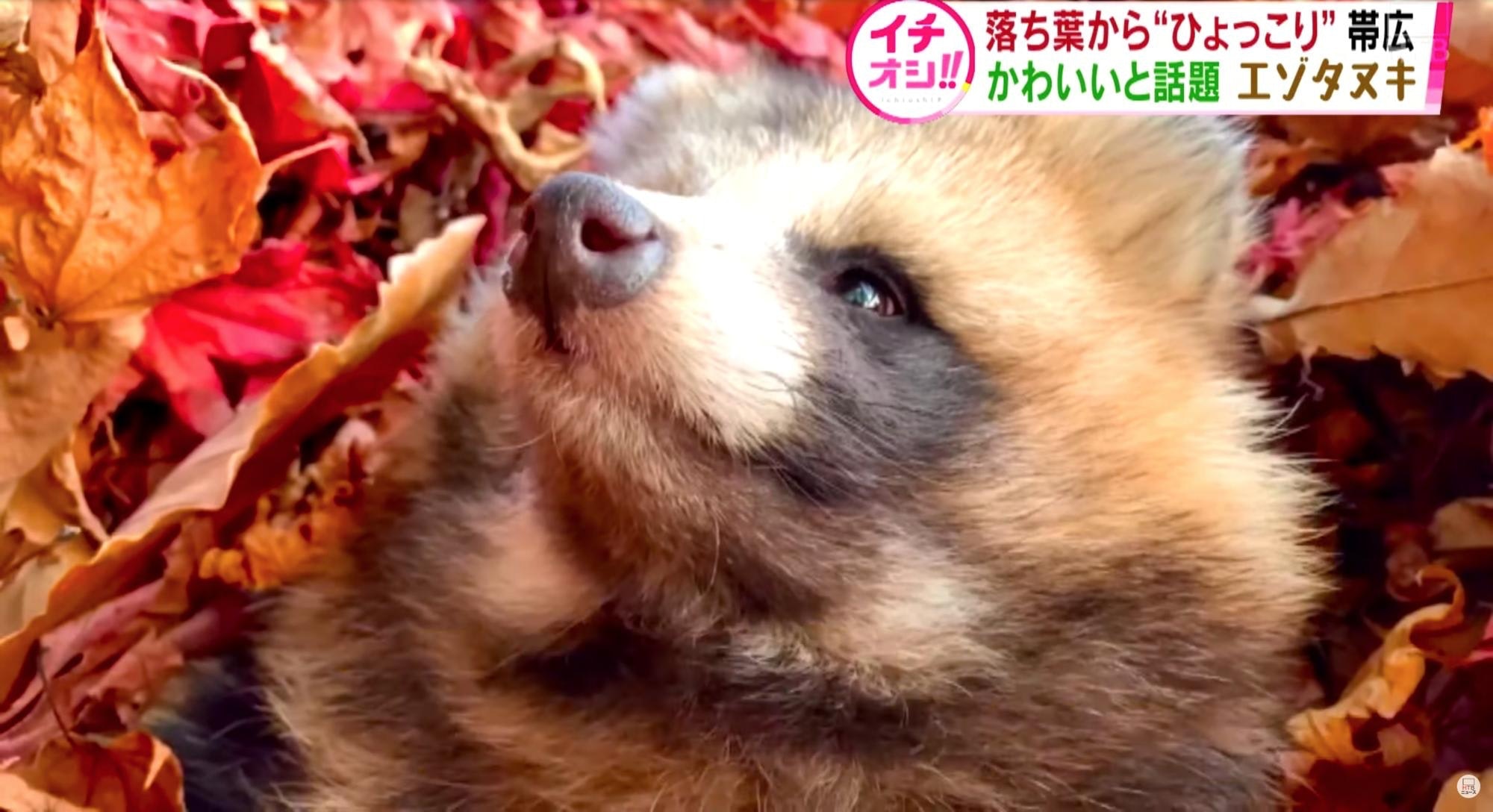 This video, “しぐさが可愛い！おびひろ動物園のタヌキが人気に” (Too cute! The Popular Raccon Dogs of Obihiro Zoo!), is an interview-style video first televised on HTB News.
In the video, “buried raccoon dogs”, the adorable sight of raccoon dogs playing in the pool of fallen leaves prepared by the zoo’s staff, is shown.

This video of the raccoon dogs playing in the pool of leaves was posted on Twitter by zoo staff, and began to trend on social media sites.

What Are Japanese Raccoon Dogs?

Japanese raccoon dogs are a member of the Canidae family, and are a Japanese subspecies of the Asian raccoon dog. They can be found in certain areas of Hokkaido.
Japanese raccoon dogs grow to a length of about 50 centimeters and weight about 4 to 8 kilograms. Those living in the wild have a lifespan of 6 to 8 years.
They are mostly nocturnal, and subsist on an omnivorous diet of fruits, insects, and meat.
The ezo tanuki species of Hokkaido is said to be different from the hondo tanuki species found in other areas of Japan.

Japanese raccoon dogs come under the Wildlife Protection and Hunting Act of Japan, and cannot be raised as pets without special permission.

Let’s Visit the Zoo to See the Japanese Raccoon Dogs!

The raccoon dogs can be seen in Obihiro Zoo, as introduced in the video.
However, as mentioned at 0:44 in the video, the zoo closes for a certain period of time during the winter season, so do make sure to confirm the opening days before visiting.

In recent years, the “natural behavior display”, where visitors can observe the behavior of animals in their natural habitat, has become a popular display method in zoos.
In Hokkaido, besides Obihiro Zoo, zoos such as the popular Asahiyama Zoo (旭山動物園, Asahiyama dobutsuen) and Sapporo City Maruyama Zoo (札幌市円山動物園, Sappro-shi maruyama dobutsuen) also make use of such displays.
In the souvenir shop of the zoo, you can purchase adorable raccoon dog plush toys as well.

In this one-minute video, you can get a sense of just how adorable and charming the Japanese raccoon dogs are.

As seen from 0:50 in the video, as the season begins to change to winter, the raccoon dogs’ fur grows out rapidly and becomes soft and fluffy. For those who want to view this adorable sight, definitely pay a visit to Obihiro Zoo in the winter.