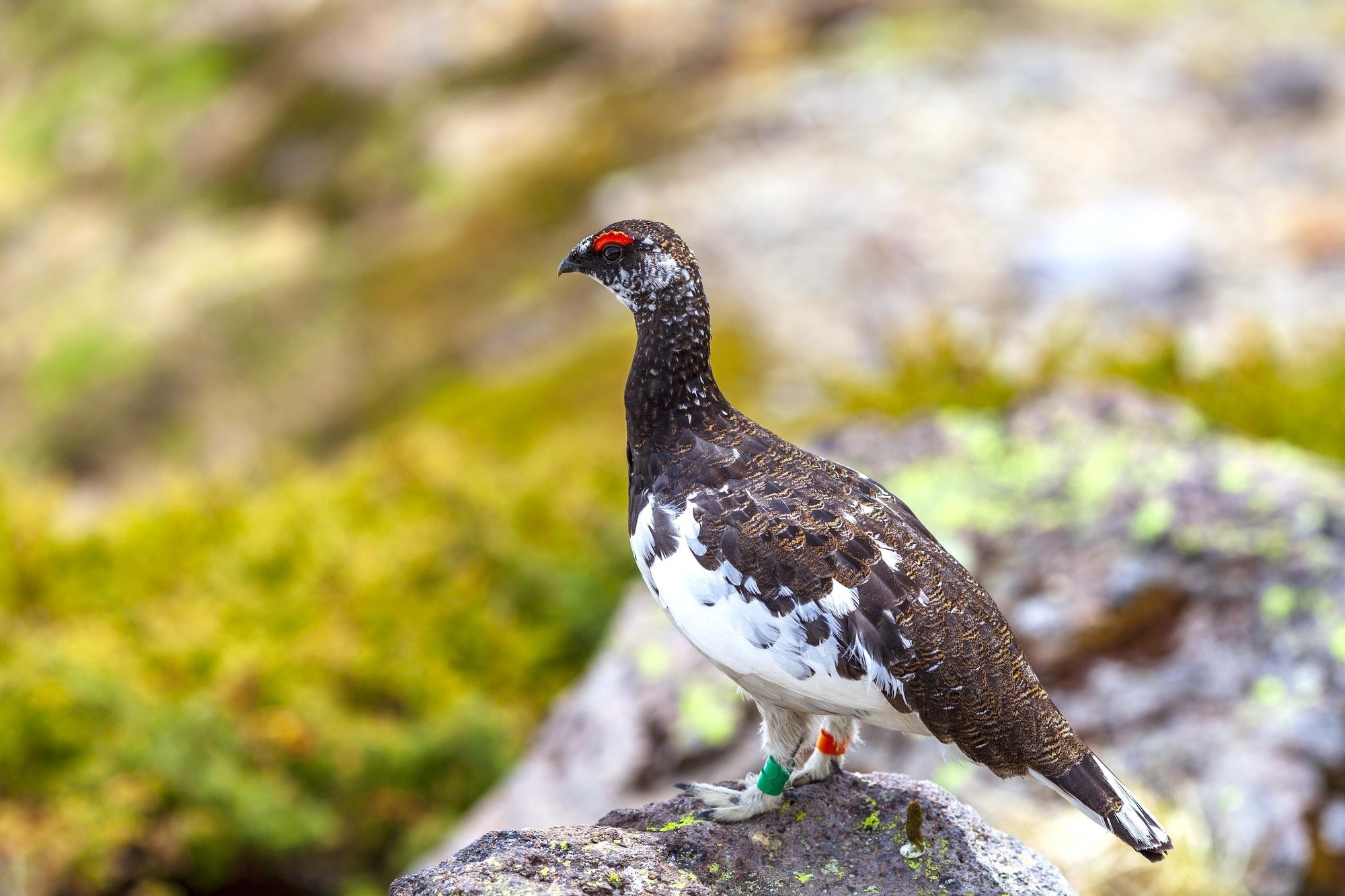 The Rock Ptarmigan - An Endangered Species

More About the Rock Ptarmigan, an Endangered Species

Said to have survived the ice age, the rock ptarmigan is now an endangered species belonging to the order Galliformes, family Phasianidae and genus Lagopus (キジ目キジ科ライチョウ属, kijimokukijikaraichouzoku).

The subspecies of rock ptarmigan which inhabits Japan is a very adorable and friendly bird, making it a favorite among mountain climbers.
It has a characteristic call that sounds similar to that of a frog.
From 0:14 in the video you can see the rock ptarmigan at Mt. Senjo (仙丈ヶ岳, senjogatake), and at Mt. Tsubakuro (燕岳, tsubakurodake) from 1:38, Mt. Chogatake (蝶ヶ岳, chougatake) from 2:09, and Mt. Jonen (常念岳, jounendake) at 2:04.

The rock ptarmigan lives in a harsh environment at an altitude of 2,400 m.
In the warmer summer months they live in the alpine zone, moving to the subalpine zone in the cooler winter months.

In 1980, there were an estimated 3,000-4,000 rock ptarmigans living in Japan.
However that number has dropped to around 1,500.
The effects of global warming are considered to have been the direct cause of this decrease in numbers.
It is thought that the decrease in creeping pine (ハイマツ, haimatsu) numbers, a main food source for the rock ptarmigan, due to global warming is one of the main causes of the decline in rock ptarmigan numbers.

Several measures are being taken in order to conserve the rock ptarmigan, such as protecting the species from predators and breeding in zoos.
Incidentally, rock ptarmigans have been kept in Ueno zoo (上野動物園, uenodoubutsuen) since 2019.

The Habitat of the Endangered Rock Ptarmigan

Photo：Tateyama mountain range and a ptarmigan

There are 6 genera and 17 species of rock ptarmigan found across the world.
They can be found in North America, the coast of the Arctic Ocean in Eurasia, Europe, and the alpine zone in Asia.
In Japan, they inhabit the central area of Honshu (Japan's main island) (本州中部地方, honshuuchuubuchihou).

In this video, you can see footage of the rock ptarmigan spotted whilst climbing Mt. Senjo, Mt. Chogatake, Mt. Tsubakuro and Mt. Jonen.
Snacks shaped like rock ptarmigan are sold in Nagano prefecture, the home of the Northern Alps.
A similar bird, the Hazel grouse (エゾライチョウ, ezoraichou), of the genus Tetrastes (エゾライチョウ属, ezoraichouzoku), inhabits Hokkaido (北海道), Japan's northernmost Island.

Summary of the Endangered Rock Ptarmigan

We highly recommend the video to animal lovers as it has footage of the rock ptarmigan from different places all over Japan!
This video of the adorable rock ptarmigan is guaranteed to bring a smile to your face!