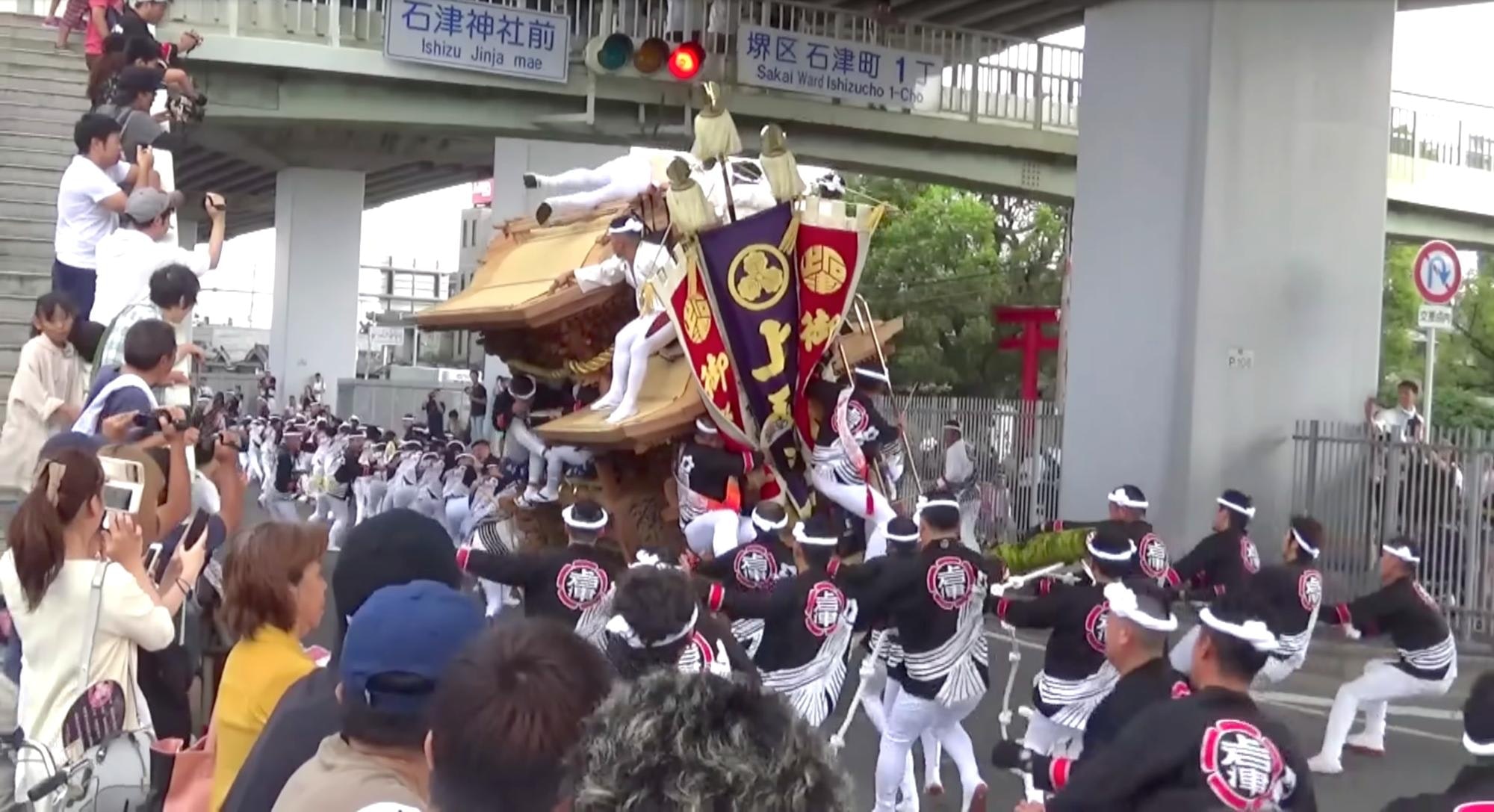 Osaka's Danjiri Festival: The Most Dangerous Festival in Japan?

During the Danjiri festival, Danjiri festival floats are pulled along the streets at amazing speeds.
They fly past the front of people's homes at full speed grazing street lights and barely avoiding crashes but unfortunately accidents do occur from time to time.

This video contains a collection of exciting footage from the Danjiri festival, including accidents and other shocking scenes.
Please enjoy the thrilling footage!

What Is the Danjiri Festival?

The Danjiri Festival is held every year to pray for a good harvest and attracts many viewers keen to take a look at the exciting event.
The wooden floats decorated with beautiful carvings are pulled around the town on ropes and considered by many to be works of art.

Accidents Are Unavoidable During the Festival?

Accidents and unexpected events happen almost every year during Osaka's Danjiri festival.
This video contains footage of the festival floats toppling over, crashing into lamp posts and other dangerous accidents due to the high speed they are being pulled around at.
A method called "Yarimawashi" (やりまわし) used to help the floats turn right-angled street corners at high speed is one of the most thrilling and suspenseful moments of the festival.

Accidents are particularly prone to happening on rainy days or during the darker hours of the evening.
This can be seen at 2:57, 3:18, 6:23 and 8:14 in the video.
Some years accidents are so dangerous that they have unfortunately resulted in death.

The highlight of this video has to be at 13:36 when one of the floats crashes into a street light which breaks and falls over.
You can feel just how terrifying that must have been!
Again at 14:50 you can see a float crash into a street curb and topple over.
There are also many moments when the floats shake violently from side to side and come close to toppling over, occasionally actually falling over in front of spectators.
Attending even as a spectator can put your life at risk!

As you've probably noticed from the video at 5:45, 6:45, and 7:08, those pulling the floats cannot let go of the ropes even if they fall over and as a result end up being dragged along the street.
The reason being, is that there is a danger of being trampled by the float if one let's go of the ropes, therefore there is a rule that one must hold onto the rope no matter what.

We hope you enjoyed our video compilation of the thrilling events that take place during the Danjiri fesival.
With serious accidents being a regular occurrence, it's safe to say that the Danjiri festival is one of the most dangerous festivals in Japan.

Even so, every year many visitors come to watch and take part in the festival.
There are many food stands and the large number of spectators make this is a very lively and exciting festival!