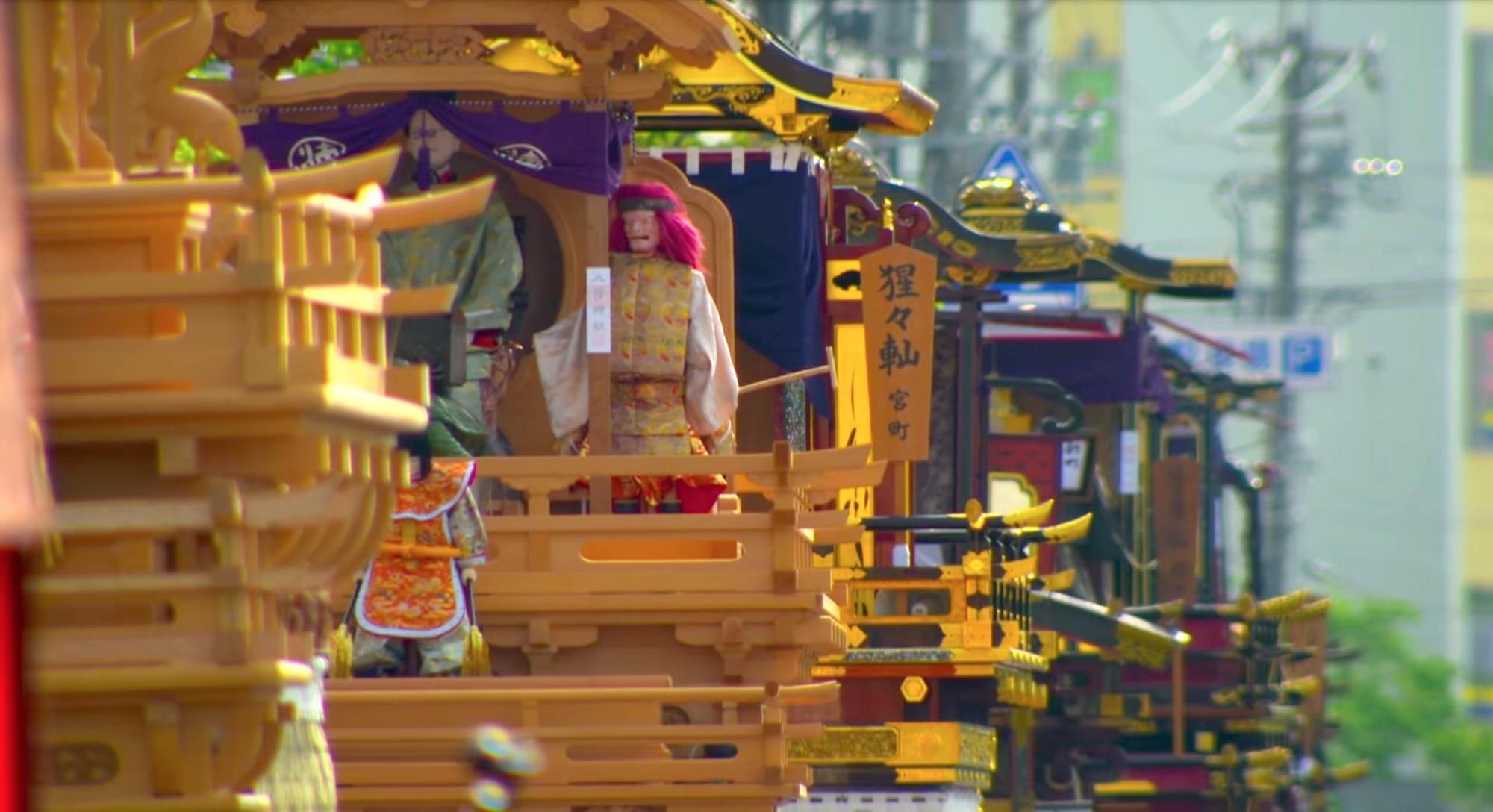 The Ogaki Festival of Ogaki, Gifu

The Ogaki Festival is a traditional Japanese festival held in Ogaki, Gifu in May each year.
In this article, we'll go over the history and characteristics of the festival in detail!

What Kind of Festival is the Ogaki Festival?

The Ogaki Festival is a historic castle town festival that is said to have started around 1648 in the Edo Period.
Several floats were lost due to earthquakes during the Meiji Period (1868-1912) and World War II.
The nine surviving floats and accessories have been designated as Important Tangible Folk Cultural Properties of Gifu Prefecture.

Ogaki is the place where Matsuo Basho wrote his last haiku for "The Narrow Road to the Deep North."
In spring, Ogaki holds the "Basho Festival" in honor of the great poet.

The Floats of the Ogaki Festival

During the festival, these 13 floats parade around Ogaki.
Each of them is decorated with a variety of traditional crafts, such as metals, lacquer works, and carvings, which are made in the Mino area.
You can see the floats parading through the city in the midst of the festival at 0:59 in the video.

The decorations on each of the floats use many of the excellent traditional craftsmanship techniques of the Mino Region, such as metalwork, lacquer work, and carving, and the floats have a very ornate appearance.

The Various Events at the Ogaki Festival

The Ogaki Festival consists of three types of events: "Shiraku," showcasing traditional Japanese performing arts, the "Honraku" float parade, and "Yomiya," which involves the lighting of lanterns and the transfer of a sacred object.

During the festival, each float plays lively music with gongs and drums, karakuri dolls perform tricks, and there's music played by the hayashi bands.
The karakuri dolls can be seen at 2:05 in the video.
On the day of the festival, many food stalls line the streets, so you can enjoy eating different types of Japanese food cart snacks!

Summary of the Ogaki Festival

As shown in the video, the Ogaki Festival is an elegant yet powerful festival in the Mino region of Gifu prefecture.
Throw on a yukata and head over to Ogaki in early summer to see this beautiful, traditional Japanese festival!