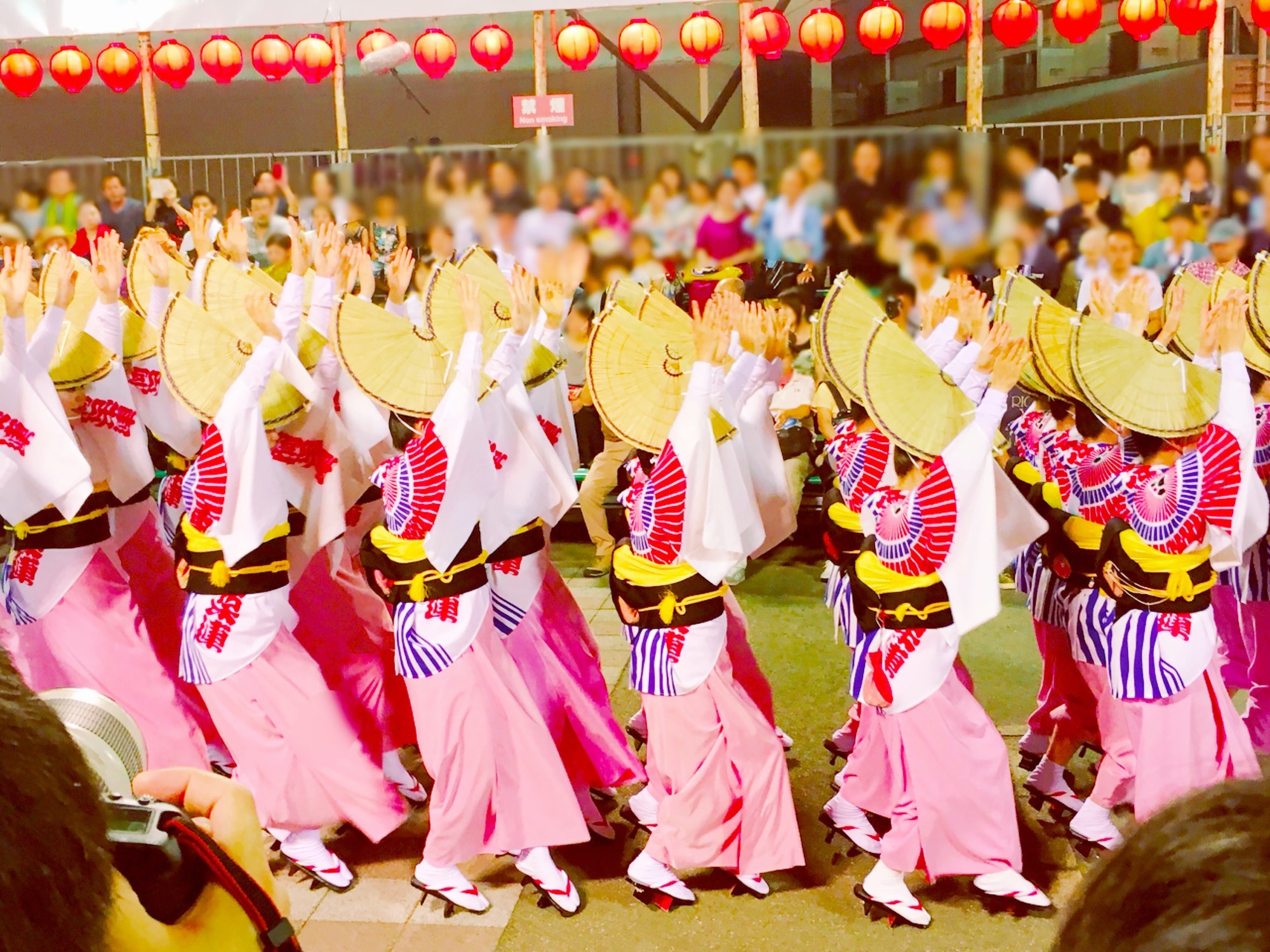 The History of the Awa Odori Dance Festival

The Awa Odori Dance Festival is a festival with a history dating back more than 400 years in Tokushima, which was once referred to as Awa Province.
The festival's history dates back to the Edo Period (1603-1868) when indigo merchants in the Awa Province enjoyed the entertainment of geisha.
After the Meiji Period (1868-1912), the content of the dance became gradually more refined.

If you want to learn more about the history of the Awa Odori Dance Festival, we recommend visiting Awaodori Kaikan, a museum in the center of Tokushima City.

Bon dances and festivals are held in many parts of Japan during the Obon season.
The Awa Odori Dance Festival in Tokushima is one of the bon festival events, and is called "Awa no Bon Odori."
It is held from August 12th to 15th every year.

The scale of the event is so large that it is considered one of the three major Bon Dances in Japan and one of the three major festivals of Shikoku (the smallest of Japan’s major islands).
More than 100,000 dancers participate in the Awa Odori Dance Festival, and over a million visitors come to the festival each year.
From just the sheer number of visitors, it's easy to understand that it's a popular festival that represents Japanese culture.

Feel the Heat of the Awa Odori Dance Festival!

As you can see at 8:26 in the video, the music of Tokushima's Awa Odori uses traditional Japanese instruments, such as drums, gongs, flutes, and shamisen.
The people who join the dance wear kimono or yukata, braided hats, geta (wooden clogs) and carry lanterns.
There are two types of dances, men's dance and women's dance, be sure to watch both as they're quite different.

At the end of the festival, more than 1,000 people dance in unison, and the streets are filled with music and cheering.

If you want to experience the power of the festival with a good view, we recommend purchasing bleacher seats, like the ones shown in the video.

By joining the "Niwaka-ren" dance group on the day of the festival, you can have a blast dancing at the festival!
This can be seen at 11:18 in the video.

The Awa Odori Dance Festival is a traditional festival that shows us the beauty of Japan through traditional performing arts.
There's a saying in Japanese that goes “Odoru aho ni miru aho, onaji aho nara odoranya son son” (踊る阿呆にみる阿呆、同じ阿呆なら踊らにゃ損々), which roughly translates to "If the dancer is a fool, so too then is the spectator, so why not everybody dance?!"
Joining in the Awa Odori Dance Festival will make for an unforgettable experience!