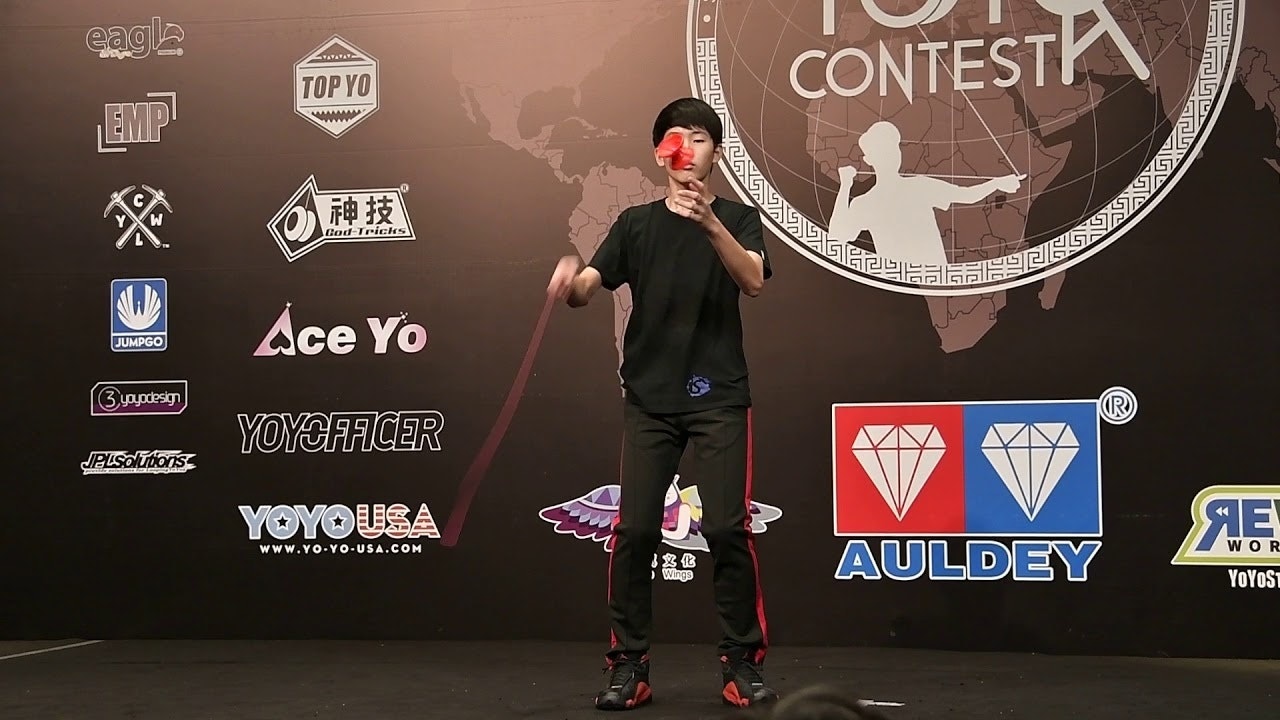 The video this time is titled "2018WYYC Final 4A 1st Hajime Miura｜Film by C3yoyodesign," produced by "c3yoyodesign."

The video shows footage of the yoyo world champion Hajime Miura manipulating the competitive yoyo to his will, at the official world championships.
The yoyo is a toy made of small disks stacked on a central axle with a string looped around it.
Professional yoyoers use competitive yoyos and as you can see in the video, you can perform some amazing tricks with them.

What Kind of Person Is Hajime Miura, the World Number 1 Ranked Yoyoer?

The yoyoer Hajime Miura, seen performing in the video, is from Hachioji, Tokyo Prefecture and as of 2020, is a high school student that goes to a local high school.
He is a top tier yoyoer in the competitive yoyo world, and has had 6 consecutive wins at the world championships.

The yoyo world championships “WORLD YO-YO CONTEST 2018” was held in Shanghai, China in 2018. It is the only official contest held once a year to determine the Yoyo World Champion.
From 1:46 in the footage, he does a free performance using 2 yoyos and you can hear a big cheer from the audience.
At 2:20 in the video, you can see him performing tricks expected of a world class yoyoer, such as throwing the yoyo high into the air, one after another.

At the world championships in 2019, Hajime Miura won 5 of the 6 divisions; an incredible feat.

A Look at Competitive Yoyo

Most tricks are done with 1 or 2 yoyos fixed on their strings. However, there are some tricks that involve throwing the yoyo into the air without it being fixed to their string.
As you can see in the footage, yoyoers perform original tricks to the music of their choice, within a fixed time.

The Origins and History of Competitive Yoyo

Competitive yoyo competitions have a long history, with competitions being held as early as 1932. In 1997, there was a fad of Hyper Yoyos in Japan and many Japanese yoyoers won prizes at the yoyo world championships in 1999.

The World Yoyo Contest is a world championship competition of competitive yoyo organized by the International Yoyo Federation.
In the “WORLD YO-YO CONTEST2014,” a women’s division was created, and in 2015, a division for competitors 40 years and older was introduced. They both became quite popular.

For those thinking they want to try picking up yoyo themselves, consider buying a competitive yoyo and practicing your moves!