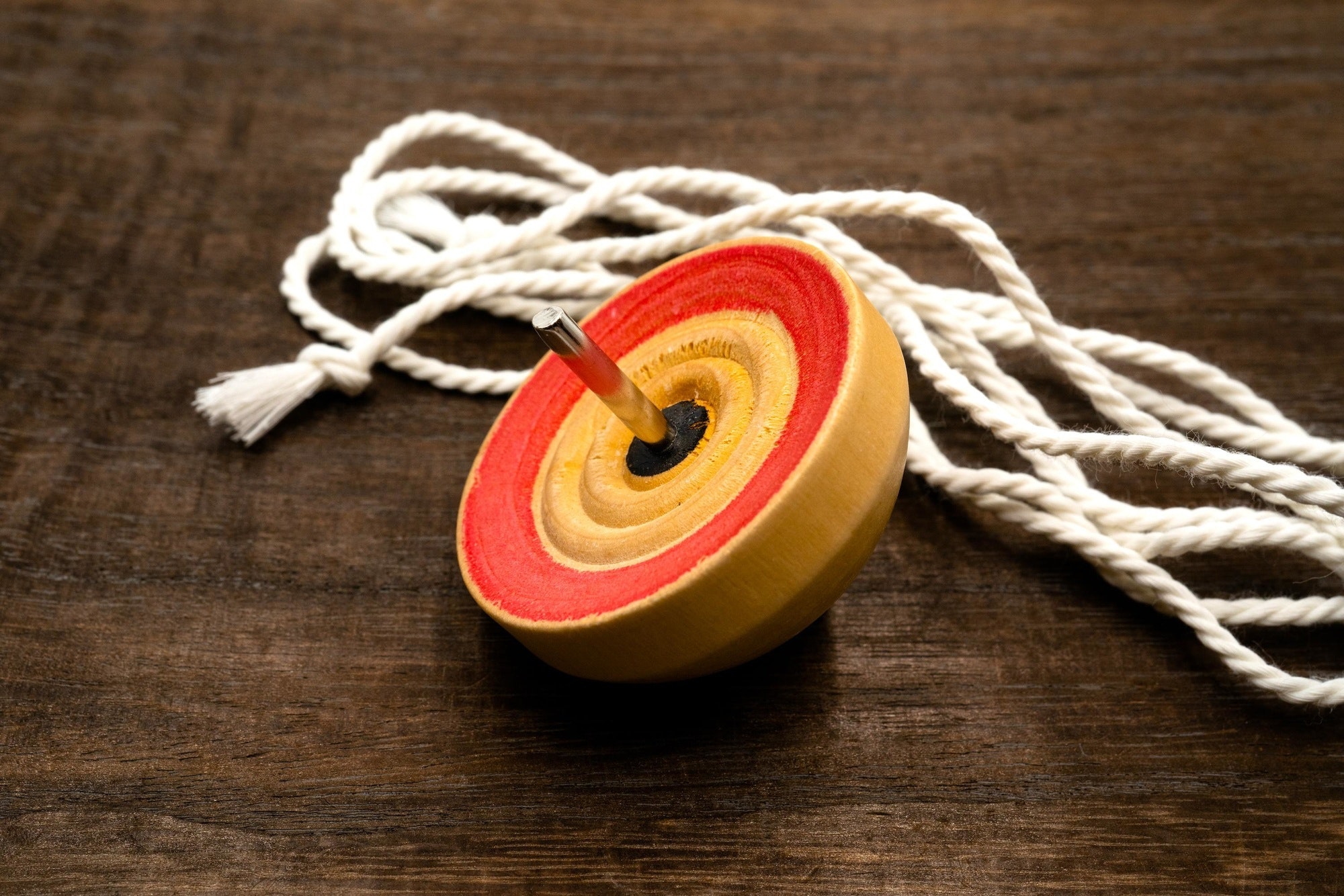 Explaining how to spin a top

The video “How to Spin the Top（【改訂版】コマのまわし方（ヒモの巻き方）【 How to spin the top 】）” was created by “Seiai Kindergarten - Fussa, Tokyo” and it explains how to wrap a string and how to spin a top.

The video is for kids, so the basics of how to play with the top is easy to understand.
This article introduces how to wind a top up and spin it. Be sure to follow along with the video!

Traditional Japanese tops are a toy played with by attaching a spindle to a circular piece of wood and using a string to spin it. The tip of the stem is thin, maintaining the balance in the center while the top spins.

There are tops all around the world and each country has their own version with unique characteristics.
For example, there are gasing in Malaysia that adults use and make bets with, diabolos in China that are known for their acrobatics, and spinning tops, used in performances, in Japan.
The top has a very long history and it is said that they originally started from the spinning of snail shells.
The oldest top in the world, was found in Egypt, and said to have been used around 2000 to 1400 B.C.
It is believed that “finger twirling,” tops twisted using one's fingers, were the first kinds of tops invented.
In fact, the oldest top is a simple hand-spun top made of carved wood.
The whip top is still created as a Japanese folkcraft and wooden toy in Japan.

How to Wind up and Spin a Top

How to Spin and Throw the Top

After winding the top up, it's finally time to let it rip!
As shown in the video, hold the top in your left hand and dangle a bit string.
Hold the dangled string between your right ring and pinky fingers, and make a fist around the string.
Make a finger gun with your hand and hold the top with your thumb and index finger.

After that, face the direction where you want to throw the top, open your legs slightly wider than your shoulder, lower your body and throw that sucker!
It is better to throw it as horizontally as possible.
Be careful not to throw it straight down as it won't spin and you might break your top with the force.
You can watch how to throw it starting from 2:45 in the video.

You can see man in the video doing tricks, such as placing the spinning top on the palm of his hand, and rope-walking, from 4:14.

The video “How to Spin the Top,” created by “Seiai Kindergarten - Fussa, Tokyo,” introduces how to spin a top, a toy often used during New Years in Japan.

The video explains how to wrap the top string as well, so it's great for beginners.
It can also be enjoyed by advanced top users since there are difficult tricks in the video.