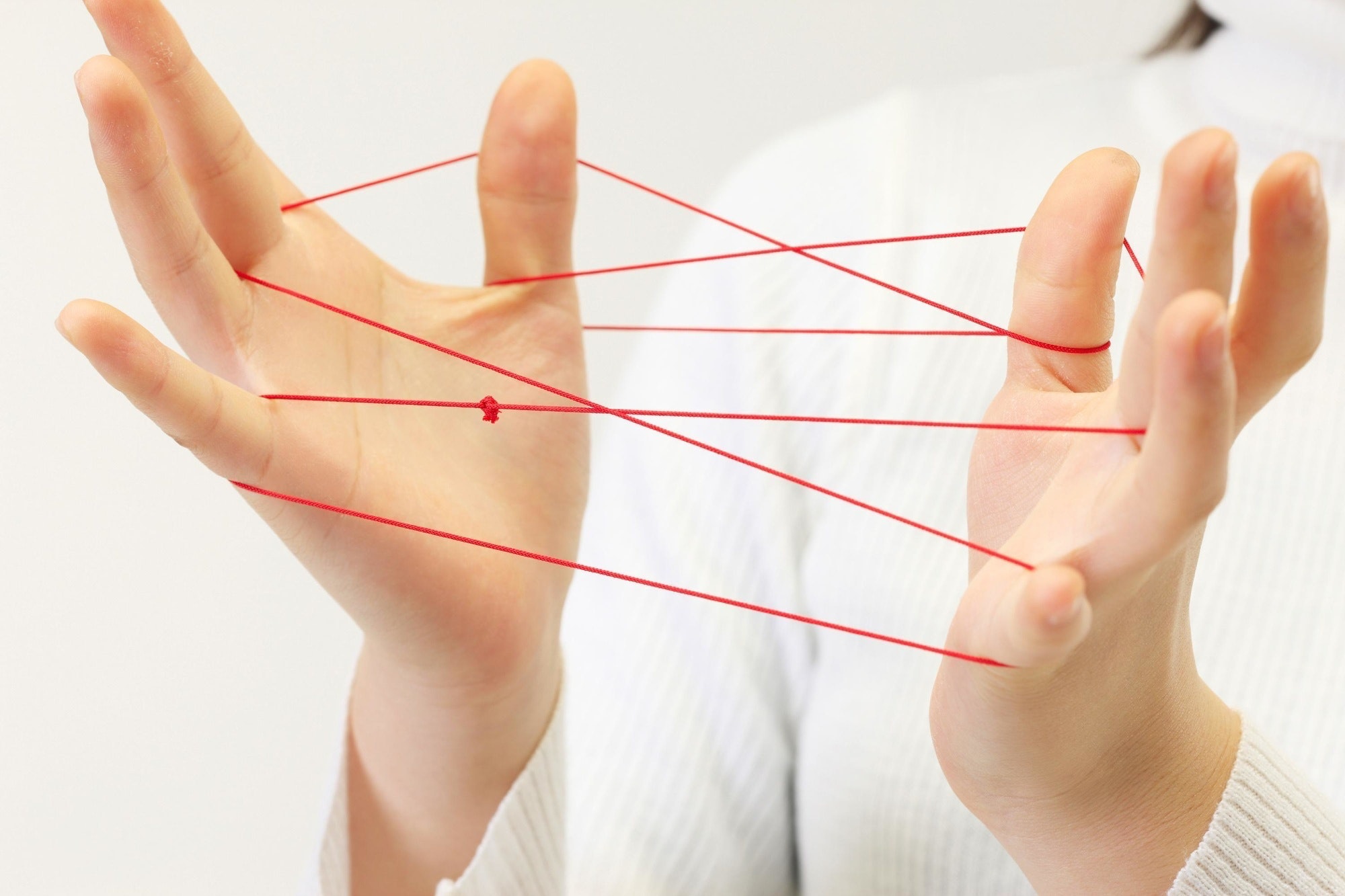 The video explains advanced level Ayatori for adults, in a slow, easy-to-understand format.
Be sure to check it out!

Ayatori is a game where you make different shapes with a string looped around your fingers. It's basically the same as cat's cradle, but the shapes/names are different due to cultural differences.
Ayatori is also called "Itodori" and "Chidori," in different regions of Japan.
It's a very popular game played by children all over the world.
It is said to have a great effect on children's intellectual development because of the use of hands and fingers and using one's imagination to think of shapes and understand how to manipulate the string.
Ayatori can be played with multiple players by taking turns and transforming the string into different shapes, or it can be played solo, as shown in the video.

There are also people who do magic tricks that involve ayatori.
The origin and the history of ayatori is unknown, but there is a theory that it started around the Heian period (794-1185) in Japan. Unfortunately there is no proof to back this theory.

Basic Techniques and How to Play Ayatori

This video also gives tips on how to hold the string on your fingers and how to remove it from your fingers.
There are a lot of cool techniques you can learn by watching it.

Some other techniques, not shown in the video, include "rubber," broom, ladders, turtles, bridges, stars, and even Tokyo tower!
Rubber and broom are relatively easy to make, so these are perfect for beginners.

Ayatori is a fun game that can be enjoyed with just a single piece of string!
Be sure to watch the video to learn about some cool shapes that you can practice.
It's also great for kids, so if you have some little one's of your own, be sure to try it together!