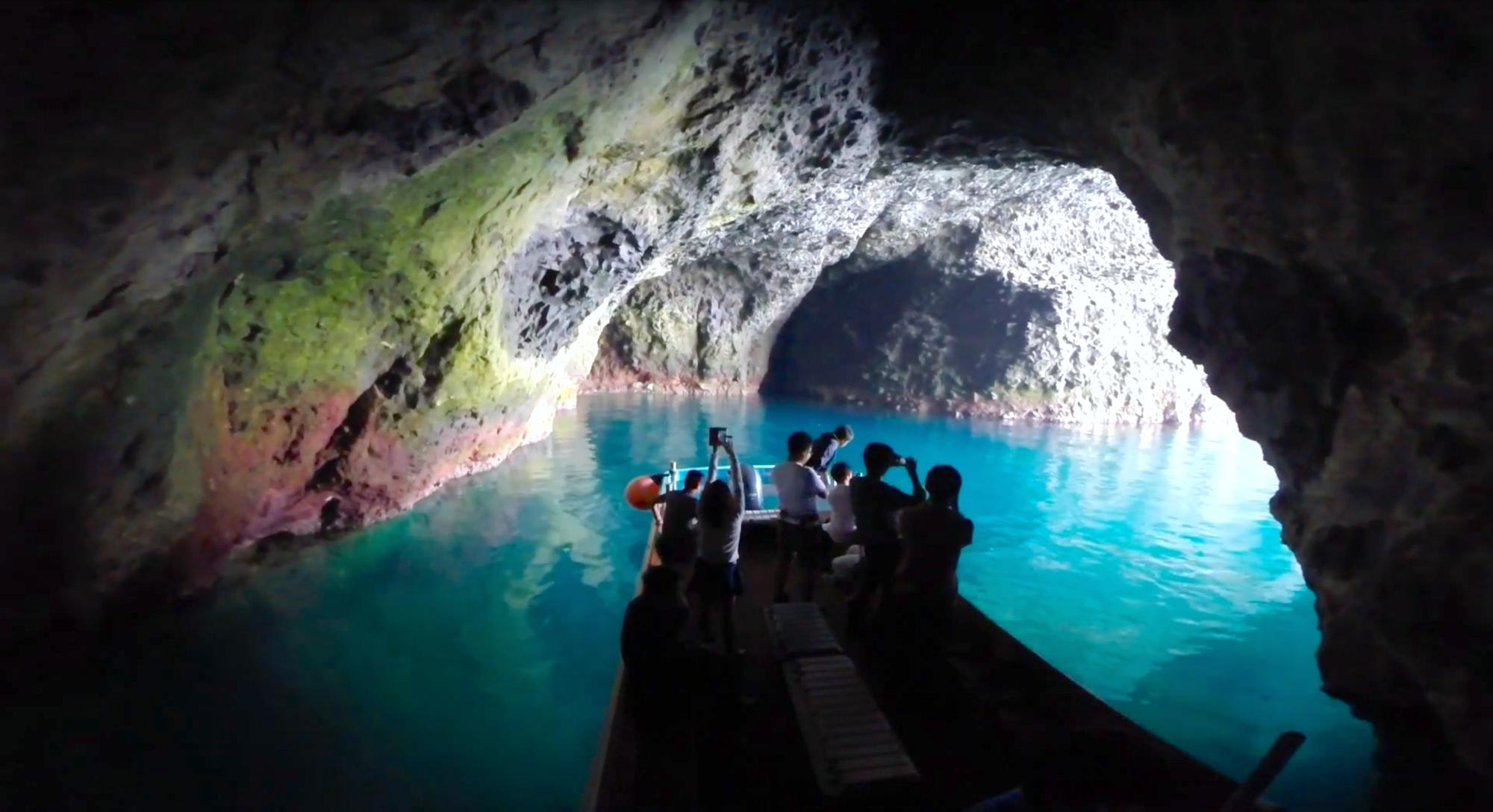 This promotional video, titled "Otaru, Hokkaido - Tsuusen's Original Blue Cave Cruise" (【北海道・小樽】元祖！青の洞窟クルーズbyツウセン), was released by "ACTIVITY JAPAN."
It focuses on the Blue Cave Cruise that sails out from the Otaru Canal and goes around the Marine Park.

The well-organized cruise tour takes you to the best sightseeing spots by boat, so you can enjoy Hokkaido's vast sea.
The video captures the cobalt blue ocean and the marvelous sunset.
This article will delve into some of the charms of Otaru, Hokkaido's Blue Cave Cruise.

About the Blue Cave Cruise

Sailing out from the Otaru Canal, the Blue Cave Cruise offers you a great experience to enjoy the vast sea of Hokkaido.
Sea birds elegantly flying in the air, the stunning rocks structures... you'll probably even see a dolphin or shark on your way there as well.
This coastal area was once called "Shu-ya" in Ainu language, which can be loosely translated as "Kettle Rock".

The main attraction of the cruise is the blue cave located on the shore in Niseko-Shakotan-Otaru Kaigan Quasi National Park.
When you enter the cave, you'll notice how the water turns turquoise blue.
In the video, the boat enters the cave at 0:17.
The awesome beauty of the blue pool inside the cave is certainly worth seeing.

Located on the shore of Shakotan Peninsula, the blue cave was formed by strong sea waves.
It's known for its apparent luminescent quality, imparted by the light passing through the openings.
Its unique geographical formation and the angle of the sunlight flooding in create a series of magical scenes.
Other marine activities, such as snorkeling, sea kayaking, boat cruises, and rafting are also offered in the area.

When you hear "blue cave," it might be the Blue Grotto in Italy that first comes to mind.
Japan, however, features several blue sea caves including the one in Otaru.
Some other well known blue caves in Japan are:
- Hachinoheana in Iwate Prefecture
- Dogashima Sea Cave Skylight in Shizuoka Prefecture
- Cape Maeda in Okinawa
- San-in Coast National Park in Hyogo Prefecture.

Highlights of the Blue Cave Cruise

The cruise offers you a great opportunity to take in the natural beauty of Hokkaido.
You can enjoy a quiet time admiring the beautiful expanse of the sea, and the luxury of having the aromatic sea breeze fill your nose as it brushes your cheeks.

If the weather is clear you can catch a gorgeous sunset, as seen in the video from 1:05.
Sea birds, such as seagulls, black-tailed gull, and white-tailed sea eagles often fly around the cruise boat and you can enjoy feeding them as well. This is shown in the video at 0:58.

Hokkaido's Blue Cave Cruise is offered for a limited time between late spring and early autumn.
Otaru port is 5 minutes by car and 13 minutes on foot from JR Otaru station, and the port has 10 free parking lots.
The 80-minute cruise will take you to 10 different viewpoints.
You need to make your reservation in advance either by phone or on their official website.

The video is composed of beautiful images of the stunning turquoise sea and the clear blue pool glowing in a mysterious pitch-black cave.
You'll definitely want to check it out after seeing the video!