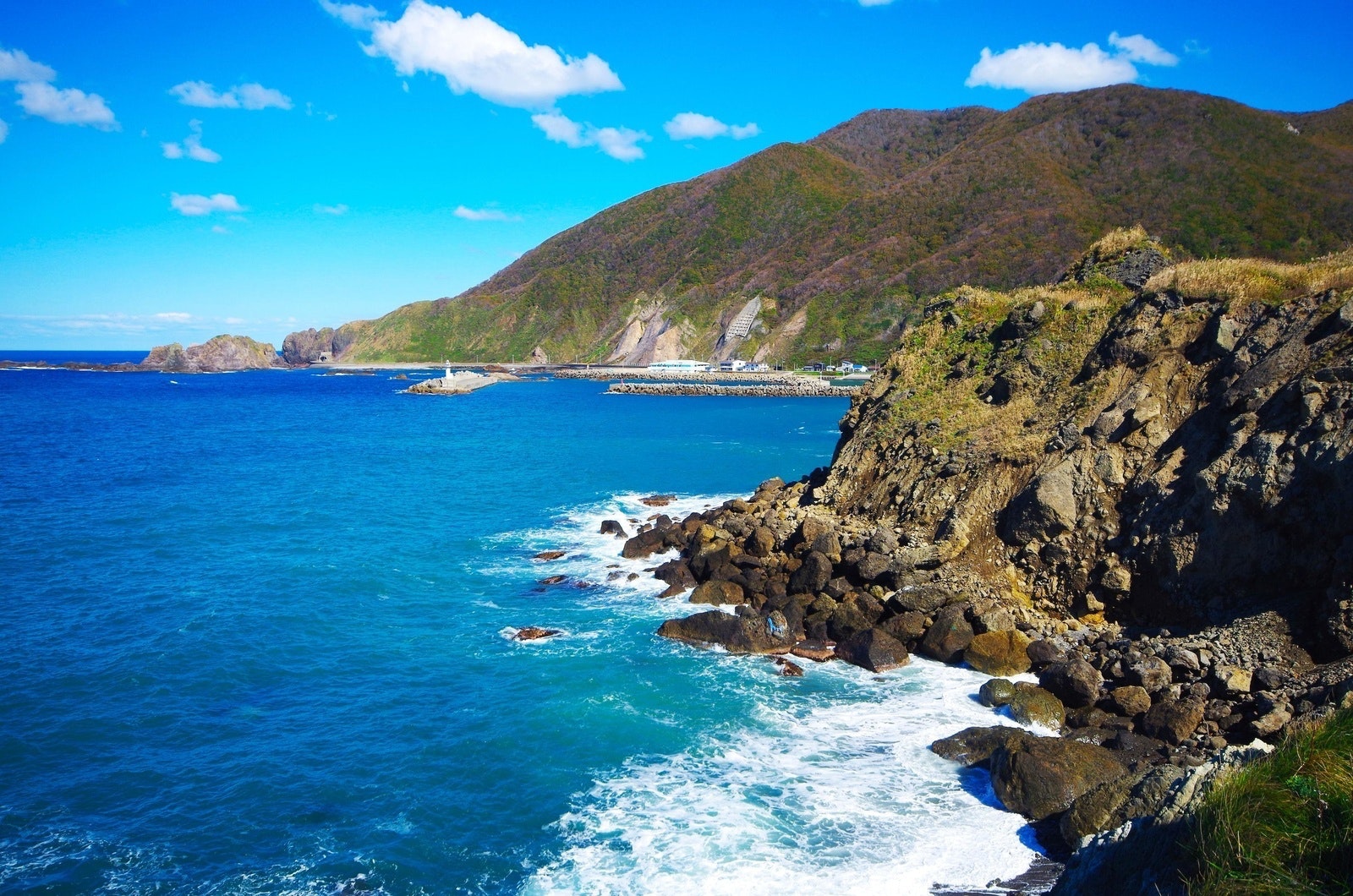 The video “Okushiri Promotional Video (3 minutes)” is a sightseeing video introducing Okushiri Island, one of the remote islands of Hokkaido.
This video was produced by "Okushiri Sightseeing Channel" (奥尻観光チャンネル).

Okushiri Island is an island located in the Japan Sea, at the southwestern part of Hokkaido.
The island's area is 143 km², making it the 5th largest island in Hokkaido.
The population is 2,707 (as of April 2018).
Most of the island is a beechwood forest, and it is noted for its pristine nature.
This video is about 3 minutes long and introduces marine activities that can be enjoyed in the crystal clear waters of Okushiri Island.
Please enjoy the sea of Okushiri Island, the clearest waters in Hokkaido!

Activities to Enjoy on Okushiri Island

The Okushiri Sea is said to be the clearest in Hokkaido. And due to its beauty, it is often called "Okushiri Blue."
Scenes of people enjoying sea kayaking in Okushiri’s beautiful sea is introduced in the video at 0:18.

Chartered mini cruising, or enjoying the popular SUP (Stand Up Paddleboat) on the sea surface during sunset introduced at 1:22, are 2 activities that we recommend trying.
Trying the Okushiri Foot Path, a leisurely walk through the rich natural beauty of Okushiri Island, is sure to make for a memorable experience.

People wildly jumping into the beautiful sea from the cliff of rocks is shown at 0:46.

“Nabetsuru Rock,” shaped like the handle of a pot, is a symbol of Okushiri’s sea.
Check out the view of the sea from Tamashimayama Observatory, great for taking Instagram pics.
Standing by at the historical Miyatsubentengu or Okushiri Island Tsunami Memorial Hall is also recommended.

Okushiri Island hosts the Okushiri Moonlight Marathon in June and the Murotsu Festival in July to pray for safe sailing and good fishing.
We recommend visiting the island when these events are taking place.

When traveling to Hokkaido, you can't miss out on the fresh seafood they have to offer.
In Okushiri Island, you can try "fisherman's rice" with fresh sea urchins and abalone, the sea urchin rice bowl, and half-boiled Atka mackerel "shabu-shabu." Local gourmet foods such as Okushiri wine and Nabetsuru curry are also popular.
Okushiri wine is Japan's only wine produced as a recovery effort after the 1993 Hokkaido Southwest Earthquake that struck Okushiri Island. Okushiri Winery is the only winery in Japan located on a remote island. Everything from grape cultivation to shipping is done on Okushiri Island, and you can also visit the factory.

Okushiri Island is home to the comical local character named "Unimaru," who is based on a sea urchin.
“About 2km from the ferry landing is Unimaru Park, where you can see the Unimaru statue in the shape of a sea urchin. There is a circular monument with 120 spikes that are lit up at night.
As souvenirs of your trip, you can purchase “Unimaru” goods as well as seafood.

Enjoying the beautiful views and the marine activities at the amazing Okushiri Island are sure to make for an unforgettable experience.
As you can see in the video, the appeal of Okushiri Island is that you can fully enjoy nature in a way that is hard to find nowadays.

Access to Okushiri Island is about 2 hours by ferry from Esashi, if you come by the Hokkaido Esashi route.
At Okushiri Island there are hotels and Japanese style inns (ryokan), as well as camping areas. Take your time and enjoy the natural beauty of Okushiri Island.