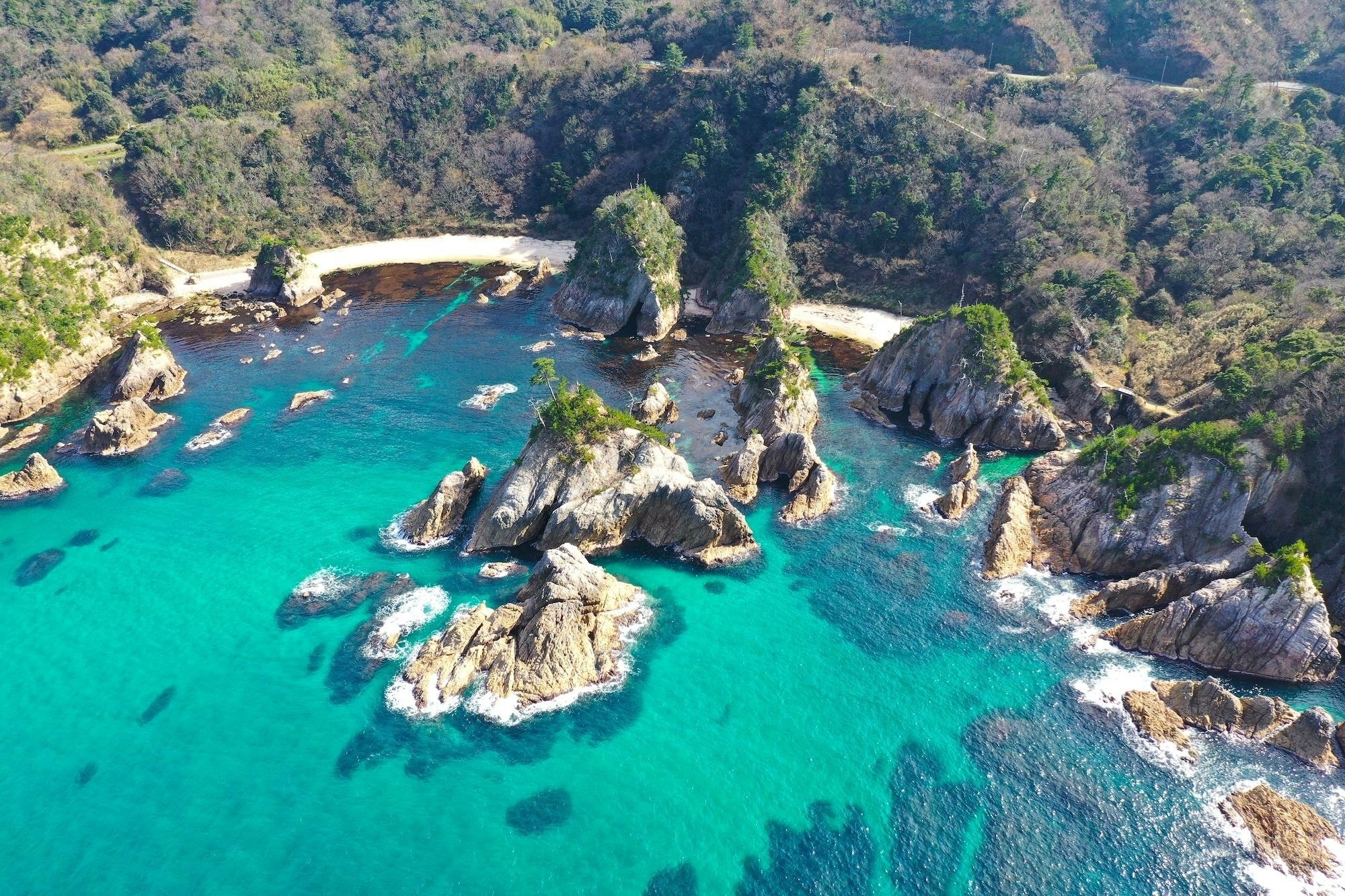 More About the San'in Kaigan Geopark

The San'in Kaigan Geopark is recognized as a UNESCO Global Geopark. It refers to a large area of more than 100 km east to west, consisting of San'in Kaigan National Park and the surrounding area, which spans six cities and towns, including Kami, Hyogo in Japan's Kansai Region, Kyotango, Kyoto; Toyooko and Shinonsen in Hyogo, and Tottori City and Iwami in Tottori Prefecture.

The main feature of the San'in Kaigan Geopark Trail is the sheer cliffs and various landforms along the coastline, as well as the scenery of the Sea of Japan, all of which can be enjoyed via the 27 courses available.
・Yoshioka Onsen - Tottori Station Course: Walk along the banks of lagoons enclosed by sand dunes
・Aotani Station - Tottori City Shikano Socializing and Exchange Hall 'Dream' Course: Walk and feel the eruption of volcanoes and the erosive power of the sea
・Roadside Station Amarube - Yoroi Station Course: Walk in Satoyama with a view of the 41.5-meter-tall Amarube Viaduct

Summary of the San'in Kaigan Geopark

The San'in Kaigan Geopark, consisting of six municipalities (Kami, Shinonsen, and Toyooko in Hyogo; Kyotango, Kyoto; Tottori City and Iwami, Tottori), offers a variety of sites and attracts many tourists. Visitors can also observe creatures living on the San'in Coast at the San'in Kaigan Geopark Museum of the Earth and Sea in Tottori Prefecture and the Kami Town Geopark & Marine Cultural Center in Hyogo Prefecture. There's also a sightseeing boat tour in Iwami, Tottori, where visitors can tour the islands of the Uradome Coast and admire the rich natural scenery from a boat.

There are many Instagrammable spots where you can take great photos. The San'in Kaigan Geopark is one of the largest geoparks in Japan, spanning Kyoto, Hyogo and Tottori prefectures.
There are a total of 27 courses! They are unique coastal trails with both mountain paths and coastlines. There are varying degrees of difficulty as well, so you can choose and plan the course that best suits your individual preferences.