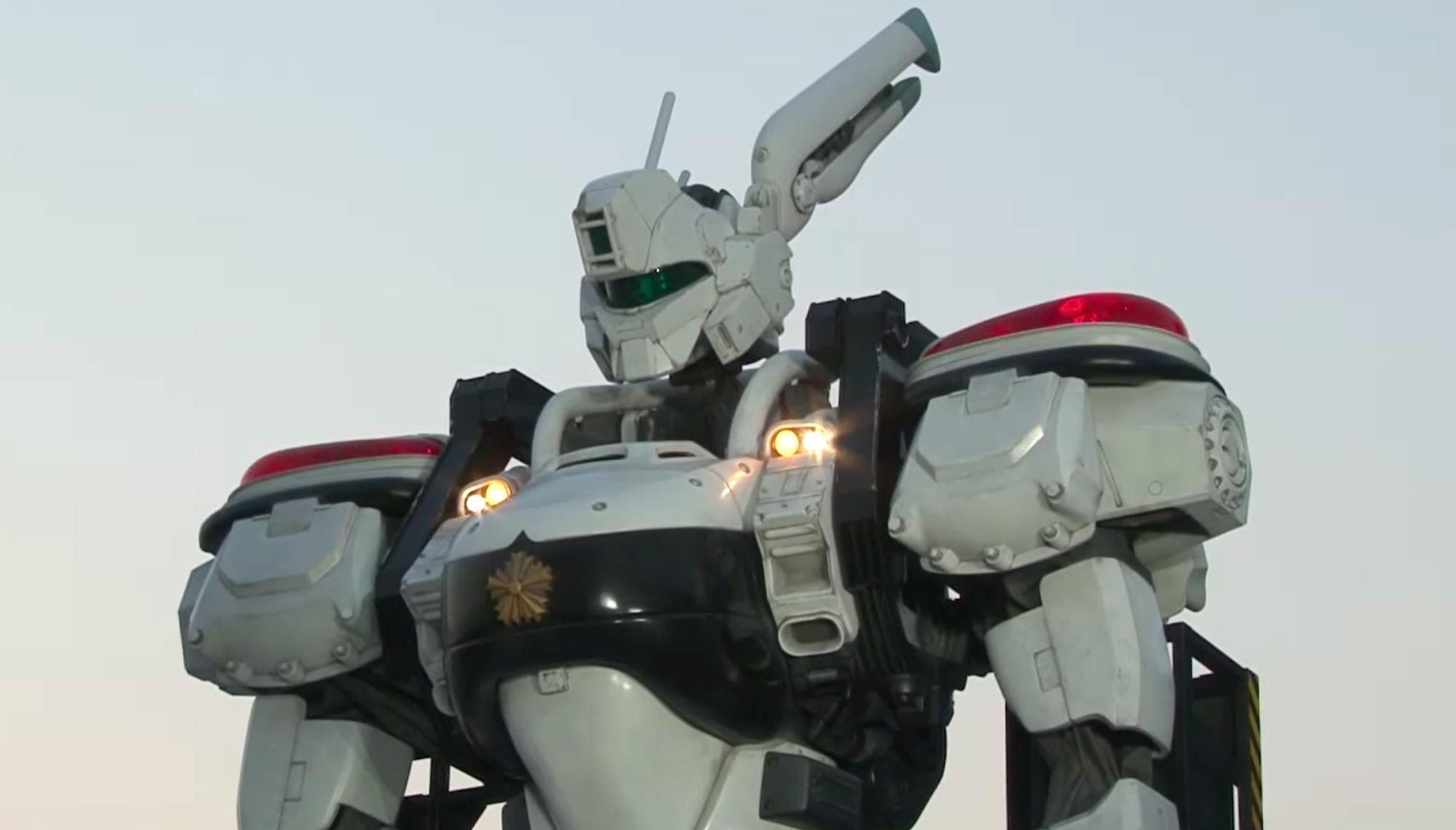 What Is Mobile Police Patlabor?

The video we'll introduce this time is titled "A Life-Size, 8m-Tall Ingram Stands in Toyosu! Live-Action ‘Patlabor’ Event." It introduces the promotional event held as a part of a project for the live-action version of Mobile Police Patlabor launched in 2014.

Ingram, the giant robot introduced in the video, is a robot that belongs to the Tokyo Metropolitan Police Special Vehicle Section 2, Division 2 (aka: Special Vehicle Section 2, Labor Division).
The story is set in a world where Japan has succeeded in developing an industrial robot (labor), but there is a high incidence of large-scale crime using labors.
In response, the Tokyo Metropolitan Police Department introduced a large man-made general purpose machine, code-named Ingram, to combat labor crime.

Mobile Police Patlabor has been adapted into a TV anime series and three feature films, but ‘The Next Generation: Patlabor’ launched in 2014 is the first live-action version.
The car that transports Ingram is called the ‘labor carrier’, and the signal ‘deck up’ is used to launch Ingram from the bed of the carrier in the movie as well, so it must have been exciting for the fans to witness the impactful scene of the life-size Ingram decking up in Toyosu, where Special Vehicle Section 2 is located.

Specifications of the Life-Size Ingram

Let’s compare the specifications of the Ingram from the truly popular comic and anime series and the life-size Ingram in this article.
The Ingram in the serialized manga and anime series moves acrobatically to the extent where it is physically impossible as it operates in a 2-dimensional world, but that is not possible using the available technologies in the real world, and "the biggest challenge of the life-size AV-98 Ingram was to make it stand on its own."
The first-generation Gundam which used to be exhibited in Odaiba, and the Unicorn Gundam, with a transformation mode, are famous as the first life-size robots, and are popular tourist spots in Tokyo. However, the life-size Ingram is a large-scale standing model following these two.

You can see the life-size, 8m-tall Ingram deck up in the video at 1:34.
As you can see from the video, the Ingram is highly detailed, but it is slightly different from the original draft as many parts have been added to its legs and feet in order to have it stand on its own, giving it a more muscular look on its lower body.

The public exhibit of the life-size Ingram as part of the highly-anticipated new project for Mobile Police Patlabor "The Next Generation: Patlabor," was held in major cities all across the country, such as Osaka, Kyoto, and Fukushima, after launching in Toyosu, Tokyo.
Moreover, at Huis Ten Bosch in Nagasaki and at the 27th Tokyo International Film Festival, the Ingram which was actually used for shooting was exhibited.

Summary of the Life-Size Ingram From Mobile Police Patlabor

The live-action version of Mobile Police Patlabor features an all-star cast, including director Mamoru Oshii, Erina Mano as Ingram's pilot, Akira Izumino, and Toshio Kakei as the captain of Division 2, Keiji Gotoda, and culminates in seven short films plus a feature-length theatrical production, "The Next Generation Patlabor - Tokyo War."
You can watch the interviews in the video as well; Erina Mano from 7:08, Toshio Kakei from 8:18, and the director, Mamoru Oshii, from 8:51.

It is said that the story of the live-action version "The Next Generation Patlabor - Tokyo War" is based on the second film, but the characters and settings have been revamped.

The new series was welcomed by long-time fans, saying it was "Nostalgic!," and "Cool!," and it was highly praised overseas as well.

In Japan, there are novelizations and games, as well as plastic models and figurines of Ingram on sale, so be sure to check them out!