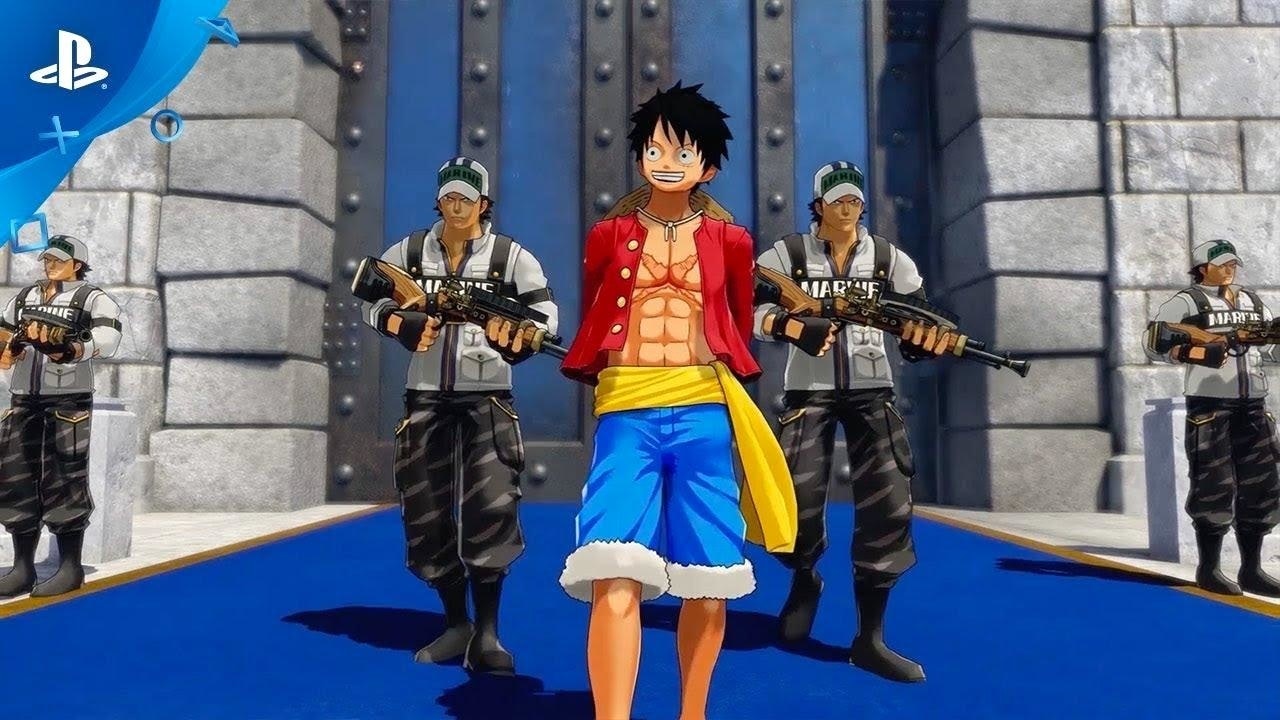 This video, titled ‘One Piece World Seeker – Opening Cinematic Trailer | PS4’, was published by ‘PlayStation’ and is a promotional movie for the new game ‘One Piece World Seeker’ which launched in 2019, and is based on the famous manga/anime series One Piece.
A large number of popular characters from One Piece are included, and adventure around the in-game world.

Seeing as the platform it was released on was the PlayStation 4, the graphics are amazing, and by watching the video, you'll want to give the game a go as well.
In this article, we’ll go into some of the details regarding ‘One Piece World Seeker'.

What is the popular manga series 'One Piece' all about?

One Piece is an adventure manga serialized in weekly Shonen Jump by Shueisha, since 1997.
As of April 2020, the latest issue is the 96th, and an impressive 470 million paperback copies have been sold in total.

The story depicts the nautical adventure romance of the protagonist Monkey D. Luffy travelling around the world to discover the legendary treasure- a single gold piece (a.k.a. One Piece).
Friendships and emotional scenes that lead to deep character development with other characters like Zoro Roronoa, and Nami are part of what makes One Piece a great series.

It is extremely popular overseas as well, and it has been recognized as ‘the comic book with the most issues published by a single author’ by the Guinness Book of World Records.
In 2019, ‘Stampede’, the latest One Piece movie, was shown.
The Japanese rock band ‘WANIMA’ played the theme song, and the best voice actors were gathered for it.
It is a truly great movie with appearances from countless popular characters from past series'.
As of March 2020, it topped 10 billion yen (~$92.7m USD) in box offices worldwide.

The refined graphics of the PS4 add to the excitement of adventuring around the world of One Piece.

In ‘One Piece World Seeker’, players can experience ‘Dramatic open world Action’, while adventuring around as Luffy.
In battle, players utilize ‘Luffy Actions’, such as Gomu Gomu no Bazooka, to overwhelm enemies.
Skills are easy to use, so anyone, from children to adults, can enjoy this game.
In addition, DLC, which adds various episodes to the game, is now available, and you can enjoy the game even after finishing the main storyline.

You can check out some of the popular characters in the video, such as Brook from 0:27, Nami from 0:32, and Zoro from 1:46.
The newly-released One Piece game in 2020, ‘Pirate Warriors 4’, is another highly rated game from the series and has skyrocketed in popularity.

‘One Piece World Seeker’ wrapped up

‘One Piece World Seeker – Opening Cinematic Trailer | PS4’ published by ‘PlayStation’ is a video introducing 'One Piecce World Seeker', one of the latest games from the popular One Piece franchise.

It is an open-world game, where you can adventure to your hearts content.
Anyone, especially One Piece fans, can enjoy this game!