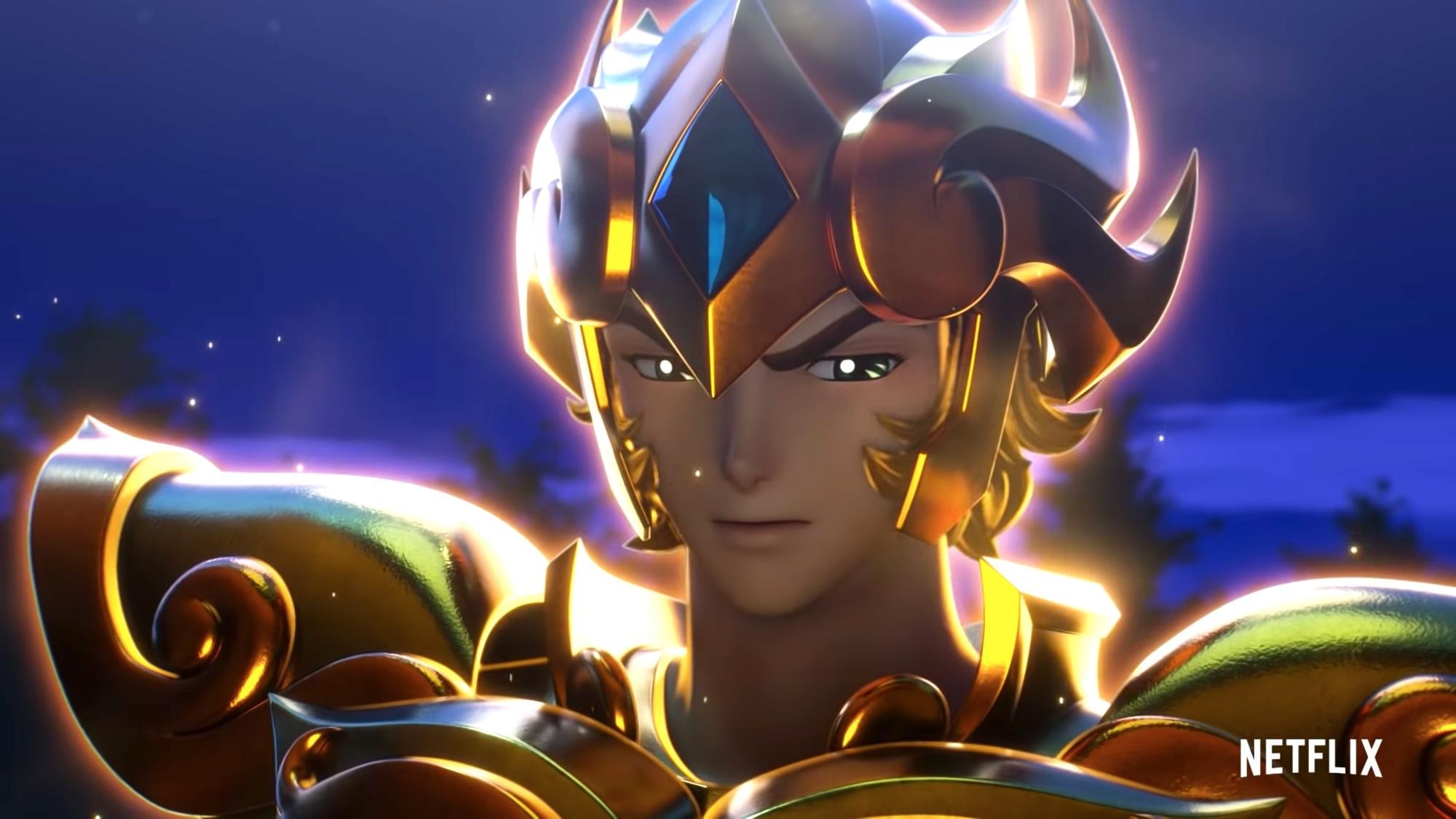 Saint Seiya is the space fantasy comic made by Masami Kurumada.
The comic series began in December, 1985, featured in the popular manga anthology Weekly Shonen Jump.
The comic was designed on the assumption that it would be adapted as an animated TV series. It had battle uniforms featuring zodiacs that main characters wore called “Crosses” and plastic models of characters were a huge hit with fans.

The story of Saint Seiya is made based on ancient Greek mythology.
The comic depicts the activities of five bronze saints such as the saint "Pegasus Seiya" who protects the Earth from evil with Saori (an incarnation of the goddess Athena), Dragon Siryu, Cygnus Hyouga, Phoenix Ikki, Andromeda Shun, as well as the gold saints.
You can see the battle scenes involving bronze saints (in this video clip) at 0:47.

Saint Seiya became a great hit and firmly established its position in the anime world.
Until this animation came along, it was believed that the Space Fantasy Action genre was a favorite among boys. However, the mythology based story that included handsome youths stole the hearts of many young women as well.
This animation produced by Toei was released as a spin-off work.
Figurines of popular characters are still popular to this day and continue to evolve.

The Worldview of Saint Seiya : Knights of the Zodiac

The Japanese version of Knights of the Zodiac concludes in the realm of Hades.
The work released by Netflix Japan however, is a completely original animation using 3D Computer Graphics.
Therefore the worldview is completely different from the original version.
The biggest difference is that Andromeda Shun, one of main characters, was made as a woman.

“The Struts” , a popular English rock band sings the theme song.
Voice actors were also completely changed.
You can hear the Japanese version's theme song in this video.

The content announced at Netflix's animation works press conference in 2017 shocked fans.
That press conference was of the new animation "Saint Seiya, Knights of the Zodiac”.
This press conference was exclusively distributed by Netflix through CCXP2018 all over the world.
The most controversial point is replacing Andromeda Shun, the most popular character among female fans, with a woman. On SNS, this set off a flurry of reactions among fans.

The new animation was also produced by foreign staff at a studio outside of Japan. According to one of the screenwriters, it was determined that they would change the gender of Andromeda Shun to female for the sake of diversity.
There were arguments for and against this new animation work. However, most fans say that this is an affront to the original work.

The Knights of the Zodiac Video Summed Up

There are many episodes of the animation version of Saint Seiya, and it has been a favorite of people from all over the world including not only animation and figurines, but also slot machines.

The anime, including part 1 and part 2, have been distributed by Netflix since 2020.
It hasn't been decided whether or not there will be a commercial DVD release of the Saint Seiya series.
When you sign up for Netflix, the Saint Seiya series is available for viewing free for a month, so don’t miss your chance!