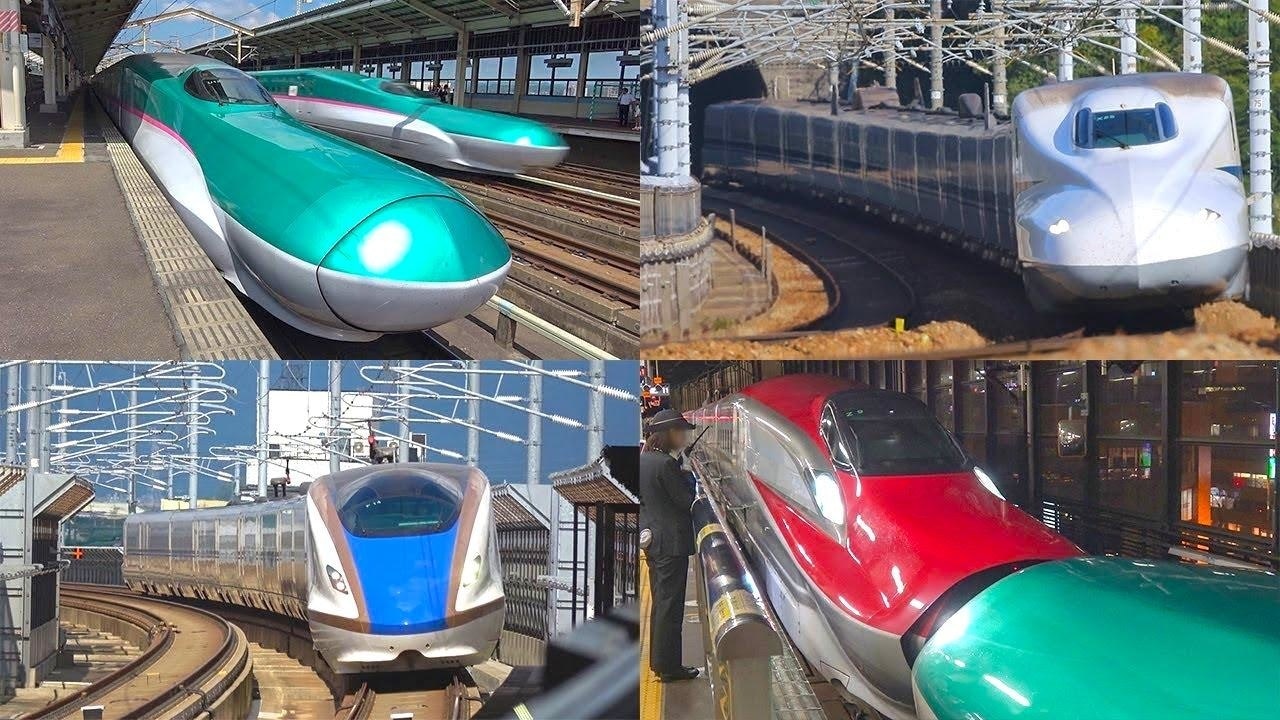 Introducing the Bullet Trains of Japan!

This video is called "Bullet trains from around the nation in 38 minutes" (全国の新幹線を38分で見る) Shinkansen 2018 (シンカンセン 2018) Super-Express Shinkansen). We especially recommend it to Japanese bullet train fans.

The first bullet train in Japan was introduced on October 1st, 1964. They have been evolving throughout their long history.
There are many varieties of trains, and you'll never get bored with them.
Be sure to watch the full video to enjoy all of the eye-catching bullet trains to the fullest.

Types and Nicknames of Bullet Trains!

The definition of bullet trains is ‘railway trains that can run at speeds exceeding 200 km/h.
The maximum speed of the current bullet trains in operation is 285km/h. However, there may be a bullet train that exceeds 300 km/h in the future.
The history of bullet trains goes back to October 1st 1964 when the dream super-fast express Tokaido Shinkansen Line was launched.

Japan has been a leading player in the world of bullet train development for more than 50 years, improving speed, comfort and safety of the trains.
In 2027, as a replacement for bullet trains, high-speed linear motor cars are scheduled to launch between Tokyo and Nagoya.
In addition to the bullet train lines shown in the video, there are various bullet train routes throughout Japan such as the Hokkaido bullet trains, Akita bullet trains and the San'yo bullet trains.

There are also special routes in Japan where bullet trains run on the local train lines such as the Hakata Minami Line and the Joetsu Line.

Summary of Bullet Trains in Japan

There are many kinds of bullet trains in Japan.
Each line has a different color and carriage shape. Find your favorite bullet train as you watch the video.

If you are traveling in Japan, you should definitely use a bullet train for long journeys to enjoy the ride comfortably and in a timely manner.
When you take a bullet train, check the route map, timetable, fares, price of ticket books, reservations for reserved seats and Green carriage seats, vacancy of non-reserved seats and operational statuses on the official website as well as the Midorino Madoguchi Ticket Offices at large stations.